Hong Kong (CNN Business)Taiwan is preparing to ban iQiyi (IQ) and Tencent (TCEHY) from operating streaming video services on the island, the latest in a series of moves by governments around the world against Chinese tech giants.

Tencent Video and iQiyi have been “operating illegally” in Taiwan by partnering with local broadcasters and distributors to provide their video content through streaming services, according to a government notice published online Tuesday.
To put a stop to that, Taiwan’s National Communications Commission announced new rules that would prohibit Taiwanese individuals and companies from providing services to mainland Chinese streaming operators and distributing their content, according to the notice.

The regulator’s decision is provisional pending a 14-day public comment period. The rules are set to take effect on September 3. Tencent declined to comment, while iQiyi did not immediately respond to questions from CNN Business. 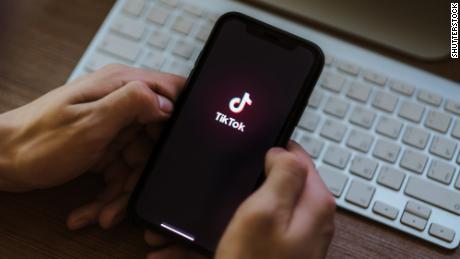 Taiwan is a self-governing democracy which Beijing continues to view as part of its territory. With a population of around 24 million people, the damage to the Chinese companies will be limited. But the proposed ban is further evidence of the growing backlash against China’s tech champions in global markets.

Relations between Beijing and Taipei have been souring ever since the election of Taiwan President Tsai Ing-wen in 2016, who was perceived by the Chinese government as being in favor of the island’s formal independence. Washington has also moved closer to Taiwan. US Secretary of Health and Human Services Alex Azar’s historic visit last week was intended to convey President Donald Trump’s support for the democratic island.
Taipei also finds itself in an increasingly precarious position in the US-China tech war, as the world becomes ever more dependent on Taiwanese company TSMC for the most advanced semiconductors.
Tencent Video and iQiyi both offer services that are similar to Netflix (NFLX). They stream licensed content, and also produce original television shows and movies that have become popular with Mandarin-speaking audiences.
In earnings reports last week, Tencent said its video service had 114 million subscribers and iQiyi reported nearly 105 million. The vast majority of those subscribers are in mainland China, according to analysts.
Trump earlier this month threatened to ban Tencent’s popular messaging app WeChat and TikTok, the wildly popular video sharing platform owned by China’s ByteDance. Trump last week also ordered ByteDance to divest interest in TikTok’s US operations within the next 90 days. 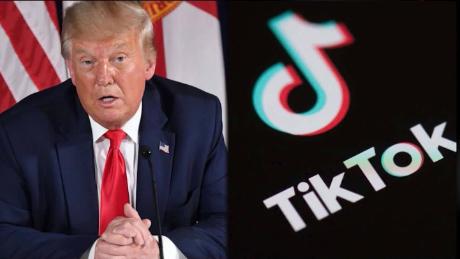 Earlier this week, the Trump administration further restricted Huawei’s access to advanced semiconductors, a move analysts called “a lethal blow” to the Chinese tech firm’s smartphone and telecommunications equipment business. British officials last month cited the disruption to Huawei’s supply chain as a key reason it banned the company from the United Kingdom’s 5G network.
The Indian government in recent months has also banned TikTok and WeChat, as well as dozens of other popular Chinese apps.
Government officials often cite national security concerns for the restrictions, although companies such as Huawei and ByteDance have repeatedly denied that their apps pose a national security risk.

Financial regulators are also taking a much closer look at Chinese companies listed on global markets. US regulators are probing iQiyi after a short-seller in April accused the company of vastly overstating its subscriber numbers and revenue. iQiyi pushed back on the allegations at the time, asserting in a statement that “the report contains numerous errors, unsubstantiated statements and misleading conclusions and interpretations.”
— Steven Jiang, Vanesse Chan and Ben Westcott contributed to this report.
Source: Read Full Article