TikTok has nearly doubled its headcount across Europe in the last six months and is planning on having three office locations in London, Insider has learned.

The company revealed it now has more than 3,000 staff across the continent, doubling since September.

The news comes after it was announced TikTok had taken a 15-year lease on a new east London office in the Kaleidoscope development, close to the city’s tech hub. 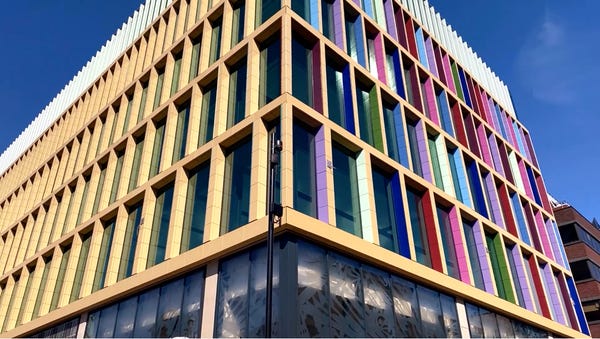 The expansion comes despite the short-form video app facing increasing competition from clones, such as YouTube Shorts and Instagram reels.

TikTok continues to dominate app charts, and topped 2  billion downloads in 2020, according to Sensor Tower.

The 88,500-square-foot Kaleidoscope office will house 850 staff, with others remaining in TikTok’s existing office in Paddington. Insider has learned the company has moved into a third London site in Soho Works in the center of the city.

Insider understands the company, which has previously based its London workforce in a shared WeWork space it has long since outgrown, has not yet decided how to split the company’s constituent teams across the multiple offices.

“This level of growth in the UK tallies with the broader picture of success and expansion of TikTok  globally,” social media commentator Matt Navarra told Insider.

“Looking at the number of roles TikTok is currently recruiting for in the UK would suggest it wants its UK offices in London to be its European HQ. Especially given the amount of new office space it has recently acquired.” Navarra said most of the growth was likely to be in the monetizable elements of the business.

SEE ALSO: Charli D’Amelio has taken over as TikTok’s biggest star. These are the 40 most popular creators on the viral video app

“A lot of the vacancies relate to marketing, commercial partnerships, and sales roles which makes sense as TikTok moves from a focus on acquiring new users to developing its ads platform to better compete with digital ad giants like Facebook,” he said.

“With this in mind, I suspect we will start to see TikTok accelerate the release of new ad platform features and tools for advertisers in 2021.”

The company declined to disclose to Insider the value of the Kaleidoscope lease, which included a 10-year break clause and a market rent-free period, CityAM first reported.

It also would not say whether the Kaleidoscope office would be the company’s UK, European, or global headquarters.

Last year TikTok was considering basing the company’s global business in London but in July the Sunday Times reported it abandoned this amid growing tension between the UK and China, where TikTok’s parent company ByteDance is based.

Insider understands documents were circulating within the UK government about the plan.

In January, Insider published high-level correspondence between TikTok and the UK government, revealing it had told the company the “strictly confidential” identity of the UK’s next China ambassador before she was confirmed and months before the appointment was announced.

Despite the drive to acquire new office space, Insider understands that TikTok has not yet made a decision on when to invite staff back into physical workspaces.