Sen. John Thune, a top ally to Senate Minority Leader Mitch McConnell, said that those aiming to punish senators who voted to convict former President Donald Trump at his impeachment trial are engaging in “cancel culture.”

“There was a strong case made,” Thune told the Associated Press about the House impeachment managers’ arguments. “People could come to different conclusions. If we’re going to criticize the media and the left for cancel culture, we can’t be doing that ourselves.”

The statement from Thune, R-S.D., the Senate minority whip, is one of the most high-profile comments on the internal rift in the Senate GOP since Trump released a scathing and extremely personal statement lambasting McConnell, R-Ky., earlier this week. The former president called McConnell “a dour, sullen, and unsmiling political hack” and said “if Republican Senators are going to stay with him, they will not win again.” McConnell hasn’t responded.

Thune’s interview also comes as state and local Republican parties across the country have taken action against their senators who voted to convict Trump. 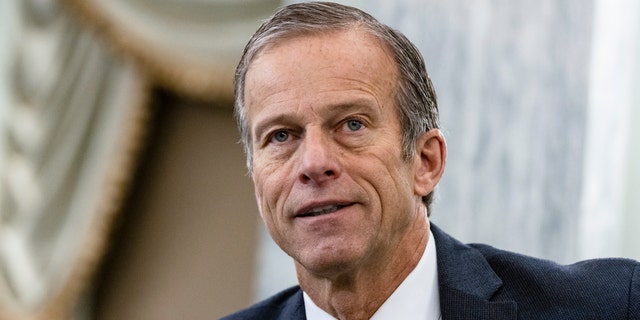 The North Carolina Republican Party censured Sen. Richard Burr, R-N.C., who was one of the senators who voted for conviction.

“The NCGOP agrees with the strong majority of Republicans in both the U.S. House of Representatives and Senate that the Democrat-led attempt to impeach a former President lies outside the United States Constitution,” the state party said in a statement on Monday night.

Meanwhile, Sen. Pat Toomey, R-Pa., also faces potential censure in his home state. And local parties have already moved against the senator. The Westmoreland County GOP censured Toomey, according to the Pittsburgh Post-Gazette, while the Washington County Republican Party did the same, according to KDKA.

The senators who voted to convict Trump have stood by their actions, and Burr directly addressed the censure in a statement. 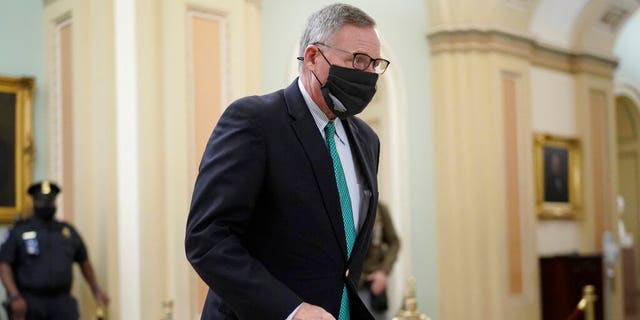 Sen. Richard Burr, R-N.C., walks in the Capitol as the Senate proceeds in a rare weekend session for final arguments in the second impeachment trial of former President Donald Trump, at the Capitol in Washington, Saturday, Feb. 13, 2021. (AP Photo/J. Scott Applewhite)

“It is truly a sad day for North Carolina Republicans,” Burr said. “My party’s leadership has chosen loyalty to one man over the core principles of the Republican Party and the founders of our great nation.”

Trump in his lengthy statement this week also said, “[w]here necessary and appropriate, I will back primary rivals who espouse Making America Great again and our policy of America first.”

Thune Thursday pushed back, warning that if Republicans run a lot of candidates closely-aligned with the former president then they may end up sacrificing winnable seats. Many Republicans are still upset after Tea Party-backed candidates won elections during former President Barack Obama’s first term, only to lose what some felt were otherwise winnable seats in the general election.

“At the grassroots level, there’s a lot of people who want to see Trump-like candidates,” Thune said. “But I think we’re going to be looking for candidates that are electable.”

Thune added that he will help GOP candidates “who don’t go off and talk about conspiracies and that sort of thing.” He also praised Rep. Liz Cheney, R-Wyo., who voted to impeach Trump in the House, drawing the wrath of the pro-Trump wing of the GOP and promises of a tough primary in 2022. 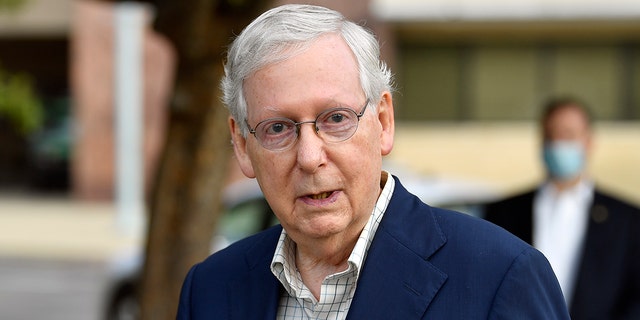 If Trump makes good on his promise to back primaries to Republicans who were insufficiently loyal to him, Thune is likely to be one of the first on the list. Trump last year publicly suggested that pro-Trump South Dakota Gov. Kristi Noem run a primary against Thune, but she declined. Trump has also called Thune “Mitch’s boy” and a “RINO.”

A source close to the former president told Fox News that his caustic statement against McConnell was inspired by an op-ed from McConnell in the Wall Street Journal earlier this week. In it, McConnell said Senate Republicans’ votes — including votes by he and Thune — to acquit Trump of the impeachment charge of inciting an insurrection were not a reflection on the merits of the case but of the fact the Senate didn’t have jurisdiction now that Trump is a private citizen.

“Jan. 6 was a shameful day. A mob bloodied law enforcement and besieged the first branch of government. American citizens tried to use terrorism to stop a democratic proceeding they disliked,” McConnell said.

“There is no question former President Trump bears moral responsibility. His supporters stormed the Capitol because of the unhinged falsehoods he shouted into the world’s largest megaphone,” he added. “His behavior during and after the chaos was also unconscionable, from attacking Vice President Mike Pence during the riot to praising the criminals after it ended.”

Thune echoed those comments to the Associated Press. He said Trump’s actions after the presidential election, including falsely claiming for months that he’d won before bringing a crowd of his supporters to D.C., and telling them to go to the Capitol, were “inexcusable.” Thune added that Trump undermined a peaceful transfer of power. 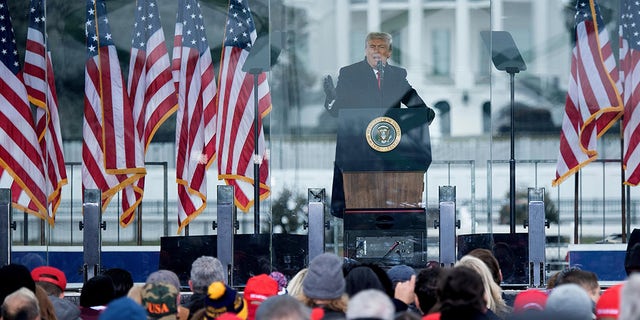 US President Donald Trump speaks to supporters from The Ellipse near the White House on January 6, 2021, in Washington, DC.
((Photo by Brendan Smialowski / AFP via Getty Images))

The bad feelings within the Senate GOP — with McConnell blaming Trump for the party losing the majority and Trump blaming McConnell for the same — are raising concern among some of its members. Sen. Lindsey Graham, R-S.C., said “I don’t want to eat our own” and said “[w]e should knock this off” in an appearance on “Hannity” earlier this week.

And Sen. Rick Scott, R-Fla., who is the new chairman of the National Republican Senatorial Committee (NRSC) and charged with piloting the party’s 2022 election efforts, is seeking unity in the party, according to a source.

“Chairman Scott’s goal is to win back the Senate, and the only way we do that is with everyone working together,” a source with knowledge of the senator’s thinking told Fox News. “And that includes both Leader McConnell and Trump. That’s where Scott’s focus is.”

This could potentially put the NRSC in an awkward spot in races Trump is campaigning in. It may be forced to spend resources during the primaries as it essentially fights against the former president who is still widely adored by the GOP base.

Scott will also have to deal with potentially reluctant donors ahead of 2022, as The Hill reported Thursday that some GOP strategists and megadonors say high-dollar donations may sit on the sideline “until Republicans get their act together.”

Scott is currently slated to speak at the Conservative Political Action Conference (CPAC) in Orlando, Florida, next week, where the GOP will spend four days aiming to work out what its future looks like in a post-Trump world. Those comments from Scott will likely be closely watched as he is thrust into the mediator role in a burgeoning GOP civil war.