Taking an oath of allegiance is the last step for people going through the long process of becoming US citizens.

The ceremony typically takes place in large venues or courthouses, with hundreds or even thousands of people standing shoulder to shoulder in front of a judge.

But social distancing has moved these events outdoors, where judges preside over drive-thru naturalization ceremonies at scenic locations like Cabrillo National Monument in San Diego.

Now, soon-to-be citizens simply drive up to the ceremonies in their cars, hand over their green cards, take the oath, and leave newly minted citizens of the United States.

The decision to hold drive-thru naturalization ceremonies has helped US Citizenship and Immigration Services get through its backlog of 110,000 candidates. However, the citizenship process is expected to become even more difficult and costly in November, when a new Trump policy takes effect.

In the meantime, for the new US citizens, these outdoor ceremonies provide a once-in-a-lifetime experience they'll never forget.

Over 100 people are becoming US citizens at this drive-thru outdoor ceremony in San Diego. 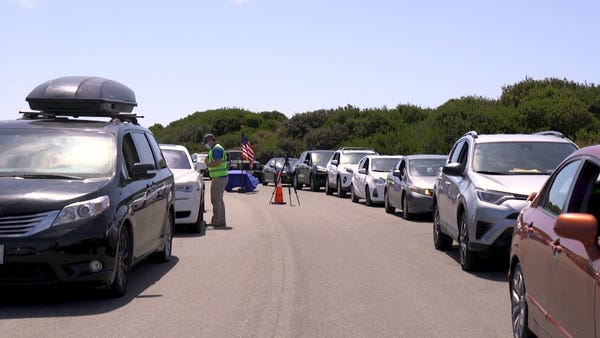 Drive-thru naturalization ceremonies like this are being held around the country because of social distancing guidelines. 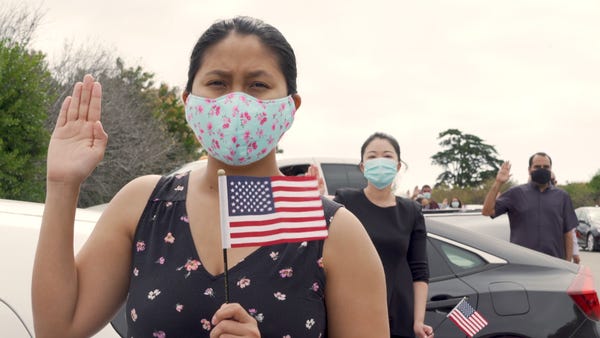 For some of the new US citizens, it was a day they had waited decades for, only to find out it would be postponed because of the pandemic. 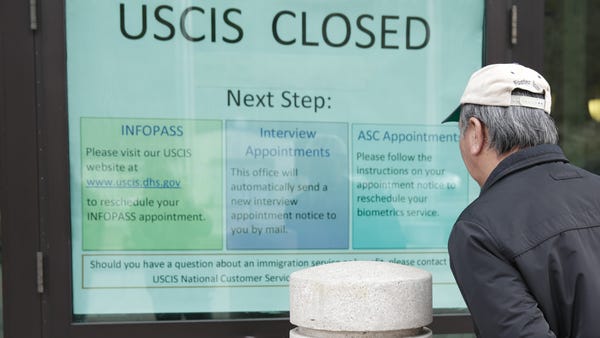 US Citizenship and Immigration Services offices closed back in March, halting all ceremonies and leaving in limbo about 110,000 candidates who were on their last step to becoming citizens. 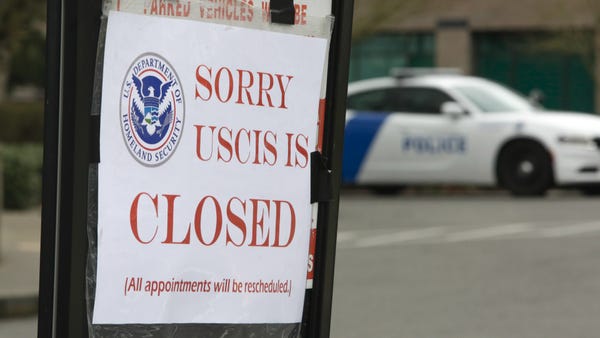 Naturalization ceremonies are usually held indoors, in large spaces or courtrooms where people stand side by side, all facing a judge who is reading the oath of allegiance. 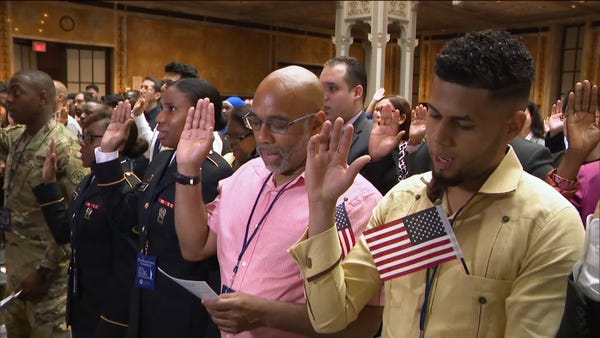 After the USCIS publicized its outdoor ceremony option, it was able to clear its backlog and naturalize 117,000 citizens by the end of July. 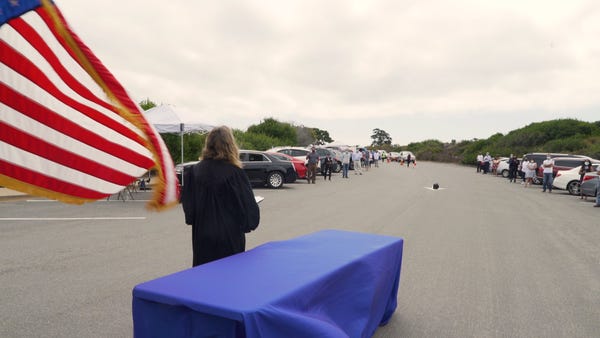 The process to become a US citizen is not exactly easy, fast, or cheap — before being able to apply for citizenship, a person needs to have been a green card holder between three and five years, depending on their circumstance. 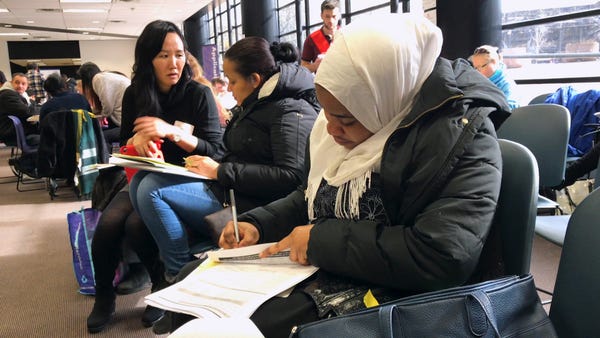 Eventually they go through an interview that includes a test on American history and civics. The cost for the process adds up to $725, however the Trump administration has recently increased the costs, and it will go up to $1,170 in November. 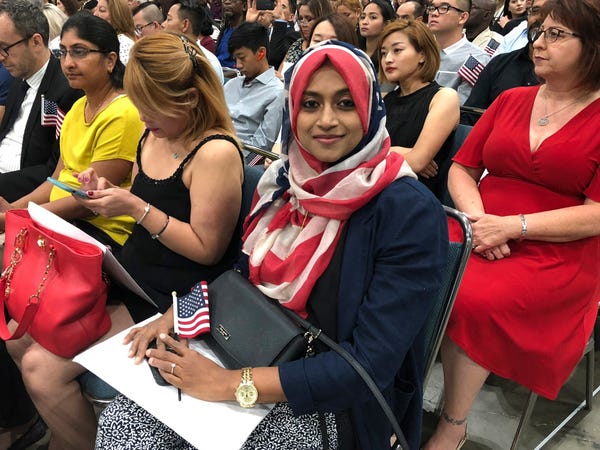 The last step is to attend the naturalization ceremony where they take the oath of allegiance to the United States, which includes swearing to protect the Constitution and laws of the country. 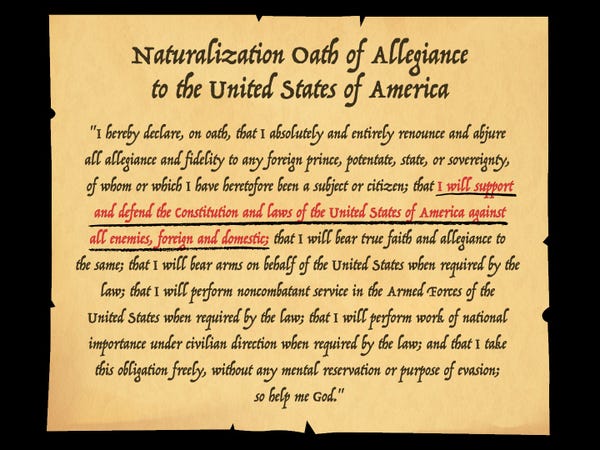 The outdoor ceremonies are quicker than the indoor ones. But in some ways they're much nicer — here in San Diego at the Cabrillo National Monument, dozens of people became citizens while overlooking the Pacific Ocean. 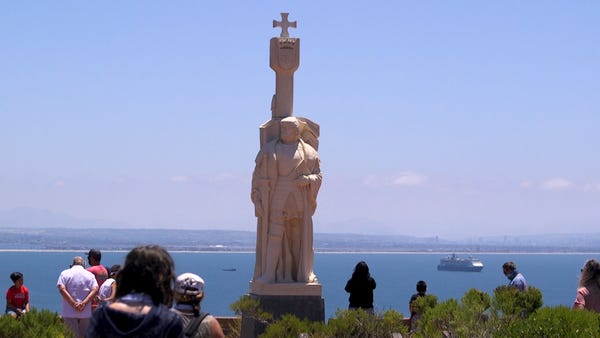 People drive up, surrender their green cards, and are given a small US flag. Then they drive a little farther to park. They are then asked to get out and stand next to their cars, and finally, the judge presides over the oaths. 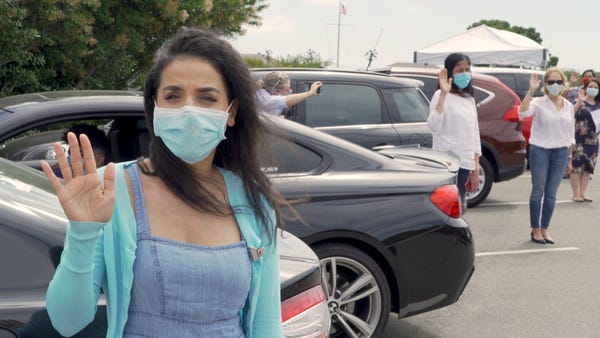 Then they receive a certificate that proves citizenship. 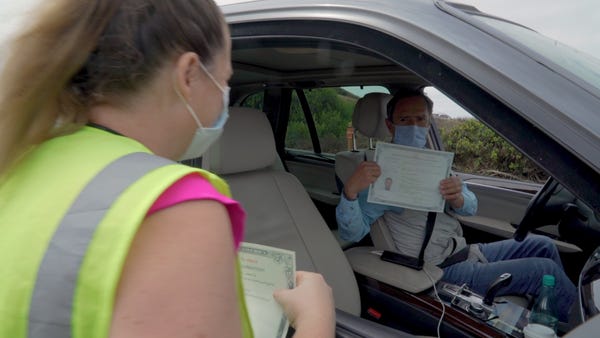 For many, it's the final step of a long immigration journey. 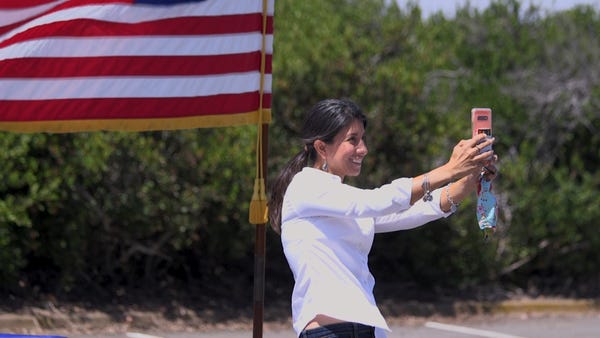 "I want to contribute to society. I want to be a part of the United States, not just by words, but actions," said naturalized citizen Martha Cruz Kingswright of Mexico. "If the United States needs me to go to a certain place to work for our nation, I will do it." 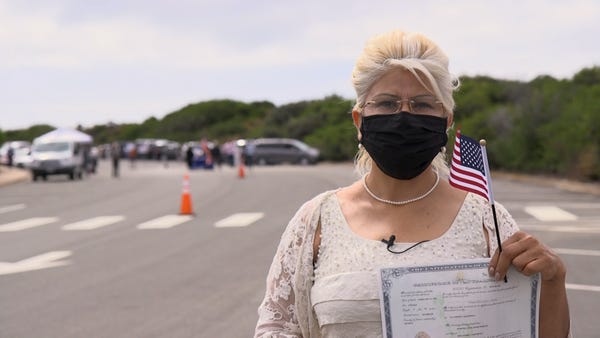 "Having been born here, I don't think I can even truly appreciate what it means," said Judge Jill L. Burkhardt, who presided over the ceremony. "These are people … who have worked so hard for so long, and this is truly a dream that they're realizing." 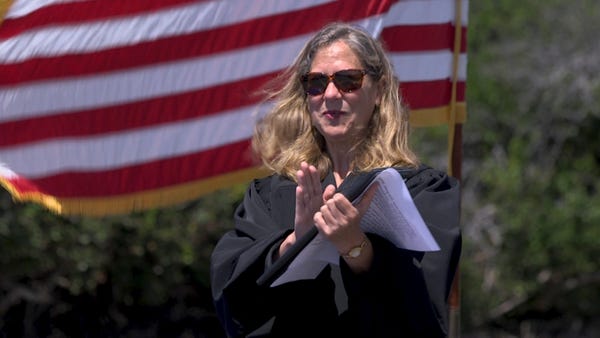 Related News:
Business News:
Why are Apple Pay, Starbucks' app, and Samsung Pay so much more successful than other mobile wallet providers?
Anderson Cooper to MyPillow CEO: How do you sleep at night?
Levi’s CEO Says Baggy Jeans Are Making a Comeback
Dan Lin And His Rideback Production Banner Signs First-Look Deal With Universal Pictures
Loved by students, scholars, writers for 450 years, UK pub succumbs to COVID-19
Recent Posts
This website uses cookies to improve your user experience and to provide you with advertisements that are relevant to your interests. By continuing to browse the site you are agreeing to our use of cookies.Ok