Foxtel boss Patrick Delany has said he expects HBO, the premium US network behind hit shows such as Succession and Euphoria, to launch a direct-to-consumer service in Australia in a move that could reshape the fiercely competitive streaming market.

Delany told attendees at a conference in Singapore last month that Foxtel believes HBO, which is owned by US studio giant Warner Bros Discovery, is exploring the launch of a streaming service in Australia.

“In the case of HBO/Discovery and NBC Universal, it’s been interesting to see whether as stand alone, they’re strong enough to survive,” he said at the Media Partners Asia event, according to a video obtained by this masthead. “HBO/Warner Bros certainly are indicating they are coming to the market”. 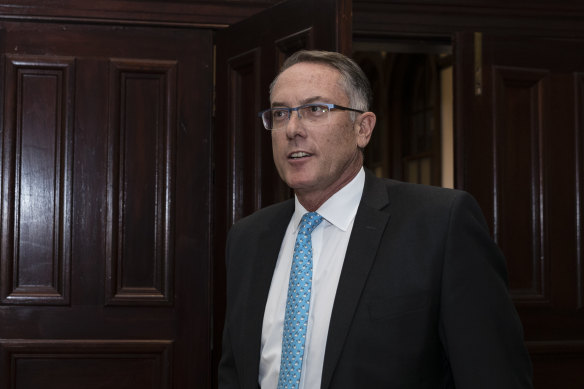 Patrick Delany said he is not concerned if Warners Bros Discovery, the owner of HBO Max, launches locally.Credit:Getty Images

Foxtel, which is controlled by Rupert Murdoch’s News Corp, outbid Nine Entertainment Co and its streaming service Stan in 2020 for the rights to a range of HBO programs and Warner Bros shows. That contract, believed to be worth up to $200 million a year at its peak, expires in late 2023. Nine is the owner of this masthead.

Delany’s remarks are the first he has made publicly about HBO’s ambitions to launch its own service locally. Such a move, if it occurs, would likely result in the removal of a range of popular shows currently on Foxtel’s entertainment streaming service Binge, including White Lotus and the Game of Thrones prequel House of Dragon, which is averaging one million viewers per episode.

Warners Bros Discovery boss David Zaslav said last month the company, which operates US streaming services HBO Max and Discovery + would launch a single paid service in the country next summer with hopes to have 130 million subscribers by the end of 2025. It plans to roll out the new service in the Asia Pacific by mid-2024. Warner Bros Discovery was contacted for comment.

In the same interview, Delany said he expected the company’s two streaming services Kayo Sports and Binge will eventually be bundled into a single offering. This aggregation is likely to occur through a smart TV product that Foxtel plans to launch this year and won’t affect plans for Binge to launch an advertising tier.

“Yes [they’ll come together]. I think the future of our aggregation is that slowly the market moves towards the aggregation of Kayo and Binge under a new aggregated brand name (sic),” he said. “The more streaming services there are, the more strain there’ll be on wallets.”

Staff across the Foxtel Group are currently working on the launch and branding of the product, known as Project Magneto, but a name for the smart TV is undecided. Australia’s streaming market is under pressure with the rising cost of living prompting consumers to consider cancelling their subscriptions and market saturation leading to slowing growth. The licensing deals with Hollywood that previously drove subscription growth are also becoming more scarce and more expensive, with some players such as Disney and Paramount launching direct-to-consumer offerings and investing more in their own production.

Data presented at the MPA conference showed that Disney has spent $US22.5 ($35.3) billion in non-sports content in financial year 2022, while Warner Bros Discovery had invested US$21.5 billion. By comparison, Netflix spent $17.2 billion.

Nine boss Mike Sneesby flew to the US several weeks ago to talk to Hollywood studios about other ways to acquire content.