(CNN Business)For Ashley Vincent, a single mom in Binghamton, New York, delivering for DoorDash often requires some negotiation with her seven-year-old son. “We can go out tonight but you can only do six deliveries,” he’ll say.

Vincent, a school bus driver, started working for the on-demand food delivery company this fall to supplement her income. She used to make ends meet by picking up shifts driving students on school sports trips, but those opportunities evaporated with the pandemic.
A big reason she turned to DoorDash is the ability to bring her son (and sometimes her 14-year-old daughter) on deliveries if need be. The job also doesn’t require her to stick to a strict schedule. “If he doesn’t want to go, I’m not going to force him. I’m going to stay home,” she said. 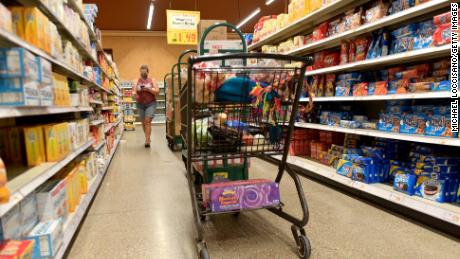 To ease her son’s boredom during deliveries, Vincent said she took him to a dollar store to pick out some items including a magnetic doodle board and a road sign bingo game. “I made it a game for myself, he thinks it is a game now, too. Like, ‘How much money can we make in this amount of time?'” she said. Now, she added, her son has “made a plan for the future” that he will be a delivery worker too.
The gig economy, which took root during the Great Recession, has emerged over the past year as a safety net for workers like Vincent — who said she wouldn’t have been able to pay rent “a couple times” without it — as the Covid health crisis sparked an economic crisis. Food delivery companies, in particular, expanded rapidly as many leaned on meal and grocery delivery to their homes so they didn’t have to go out. But while gig work offers the promise of a financial lifeline and a flexible schedule, it also comes with uncertainties that can prompt complicated tradeoffs, especially for parents. 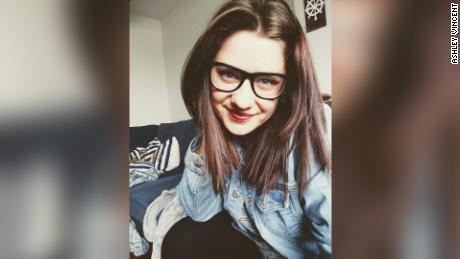 Largely treated as independent contractors, gig workers typically do not have protections such as a minimum hourly wage. As a result, how much workers make at any given time is dependent on a number of factors, including what orders an algorithm surfaces, customer demand, how many other workers are on the road, and how much customers tip, for example. For solo and breadwinner parents, it can be a risky bet to pay for childcare while doing gig work since there’s no way to ensure the money earned will offset the cost of childcare. Coupled with the pandemic, when schools and childcare facilities have been intermittently shut down, gig-working parents have few options.
Earlier this week, having kids in the backseat while doing a DoorDash delivery turned into a nightmare for California-based gig worker Jeffrey Fang. His vehicle was carjacked with two of his kids inside; several hours later, the vehicle and the children were found safe. While DoorDash does not have a policy against having children or other people in a vehicle as long as the approved worker is the one handling and completing the order, Fang has been criticized for having his kids in the car.
“I will take ownership of the fact that I had kids with me and that’s a risk, but I’m not doing it out of willingness. It is more of lack of choice — some might say desperation — and in some ways it was,” Fang, who has done gig work for several years, including ride-hailing and food delivery, told CNN Business. “We are spread really thin and to try to keep our heads above water is not an easy thing.”
In a statement, DoorDash CEO Tony Xu said the company was “appalled” by what happened and is “actively working with law enforcement in their ongoing investigation.”
“As a father myself, I can only imagine how terrifying this incident must have been for Mr. Fang and his family,” said Xu in a statement. “We have been in contact with him to offer our full support.” The company said the majority of its delivery workers use the service to supplement their income and more than a third of its delivery workers are parents with children under 18.

Childcare, or the lack of it, has become a central problem for workers in all corners of the labor market, but Fang’s incident laid bare the particularly precarious position of parents in the gig economy.
“It shines a light on the brokenness of the whole system because it is the combination of the very low pay of this gig work and the prohibitive cost of childcare,” said Rebecca Givan, an associate labor studies professor at Rutgers University. “They’re not making a minimum wage and, in some cases, they’re barely covering the costs of the car and whatever other expenses they have, so they need to work an extremely high number of hours.” 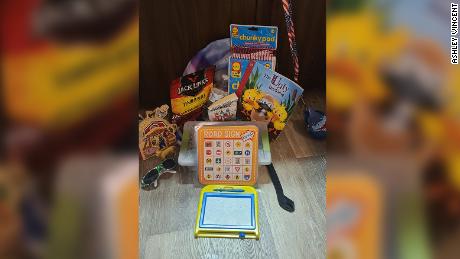 Katie Wells, an urban studies foundation postdoctoral fellow at Georgetown University, points out the on-demand economy has sold itself, at least in part, as being attractive to parents of young kids who could fit gig work into their schedules.
“In this light, there is some irony that the platform workplace, which was supposed to be the childcare friendly option, has increasingly become a last resort form of childcare,” said Wells, who researches the social and economic effects of on-demand services.
Brittany Warren of Indiana told CNN Business that she turned to gig work during the pandemic while the manufacturer she worked for had temporarily shut down. Warren, who has a nine-year-old daughter and gave birth to her second child in December, said on some occasions her daughter shopped and delivered groceries with her for Instacart.
“There were some times when she was out of school for two weeks at a time. I was forced to take her with me. I don’t have family to watch her,” said Warren, who said she didn’t know until recently that bringing her daughter along is against the company’s policy and that she would have had no income without Instacart.

The stigma of working with kids in tow

Unlike DoorDash, Instacart’s guidelines forbid shoppers from “bringing anyone along (including minors) who does not have an Instacart Shopper account while providing services on the platform.” According to Instacart, the policy is in place for safety and security reasons.
Regardless of whether it is permitted by the platforms or not, gig workers told CNN Business they felt there is a stigma facing parents bringing their children along while working. 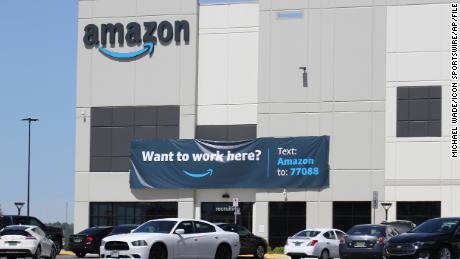 Rob Taylor, a single father in New York who shopped and delivered for Instacart before the pandemic, said he had often taken his elementary school-aged son shopping with him. Sometimes, Instacart in-store shoppers — who are employees rather than independent contractors, like Taylor was — would ask if he was shopping for Instacart.
“Looking at the phone is an indicative thing that it wasn’t my own personal shopping. There were times I was told to be careful,” said Taylor, who said he once received an email warning him that he’d been seen with an “unauthorized person” while shopping.
“It seemed a rule that could be bent or broken without much concern because you have no supervisor, you have no one to report to,” he said. “I got the concept or reasoning behind it but at the same time, if we’re independent then we’re independent.”
For another Instacart shopper in Maryland, who asked that her name be withheld for fear of being deactivated, bringing her six-year-old son to shop with her was her only option once. It was the week of Thanksgiving last year and her mother couldn’t watch him. “I had to work that day because I was a little behind for the week. I took him on one trip and that was probably the last time [I’d do it]. It is really not easy — he wants to run around and look at everything, it makes the job harder.”

The shopper, who said she started relying on Instacart after losing her bartending job due to the pandemic, is expecting her second child soon. She plans to resume working for Instacart after a couple months of unpaid maternity leave, with her newborn in tow. “Daycare is extremely expensive,” she said, adding that childcare for a newborn, especially, is prohibitively so.
Recently, she saw another mother scanning the bar codes of items with her phone in a store while caring for a newborn. “She had the baby in her chest one time,” she said. “Another time, in the car seat in the shopping cart.”
Source: Read Full Article