Much has been made in recent years about needing “adults in the room” to stop mercurial pols from wreaking havoc on the federal government.

None of that matters if the supposedly moderating influence wholeheartedly agrees with their rabble-rousing boss.

A cadre of House Republicans, ranging from newcomer Marjorie Taylor Greene of Georgia to grizzled veteran Louie Gohmert of Texas, have been battling for the disruptor-in-chief mantle since twice-impeached former President Donald Trump decamped to Florida to plan his revenge tour.

The avid agitators bounce from endless cultural skirmishes — including bogus reports about government-sponsored book promotions and Biden banning burgers —  to broadsides against their own leadership. The top-tier personnel who could maybe rein them in are totally on board, a former senior GOP aide said.

“These people are drinking the Kool-Aid,” the Republican ex-chief of staff told Insider, adding that there’s no Stockholm Syndrome happening — even in “rogue” Republicans’ offices. “They align with that philosophy.”

Here are nine chiefs of staff whose brand is to create a crisis. In a textbook example of adhering to the never-outshine-the-boss ethos, none of them responded to repeated requests by Insider for comment about their jobs. 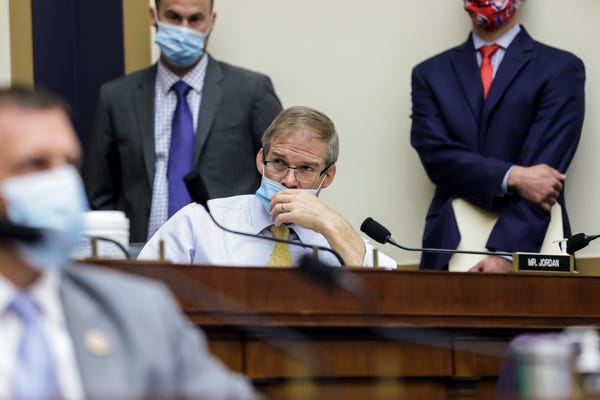 Eichinger has spent his entire political career with Rep. Jim Jordan, a Republican of Ohio, rising through the office ranks from an intern in 2007 to chief of staff since 2017. It’s been a bumpy ride for sure, as Jordan is no stranger to scandal.

In recent years Jordan has been accused of turning a blind eye to alleged sexual abuse during his nearly decade-long stint as an assistant wrestling coach at Ohio State University. Jordan, who was recently told to shut up while arguing about First Amendment rights during a congressional hearing about COVID-19, remains in close contact with Trump.

While his boss works tirelessly to “own the libs”, Eichinger stays behind the scenes and mostly tweets about his favorite pastime: fly fishing. 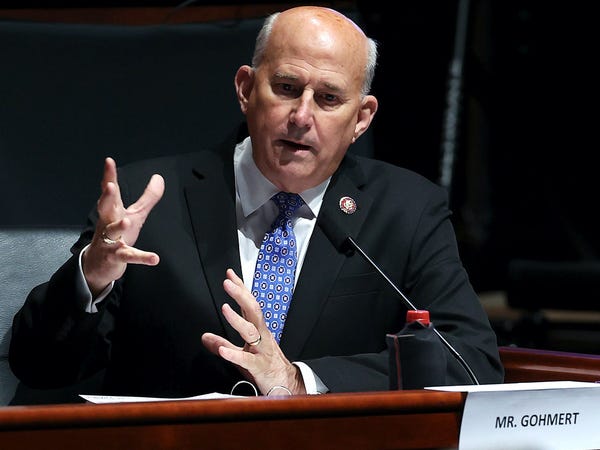 Hair has been by Gohmert’s side for more than a decade, assuming the chief of staff role after briefly sampling other jobs — including communications director, coalitions advisor, and research analyst — in other GOP offices.

Gohmert, a Texas Republican who tested positive for the coronavirus in July 2020 after roaming mask-free on the House floor and participating in a Judiciary Committee hearing attended by then-Attorney General William Barr, was recently fined $5,000 for bypassing the metal detectors that were installed after the January 6 assault on the Capitol. 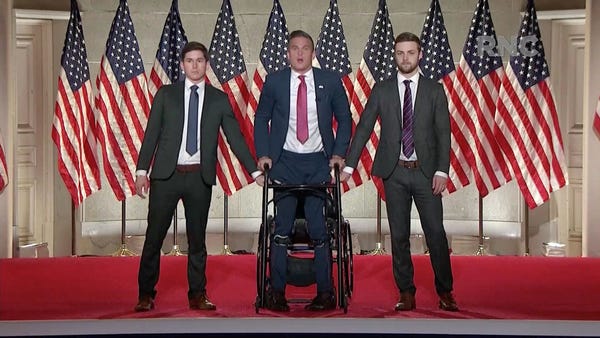 Harp has been a part of freshman North Carolina Republican Madison Cawthorn’s life since their days together at Patrick Henry College in Virginia. The one-time college buddy served as Cawthorn’s campaign manager in 2020, and followed his friend to Washington.

Former classmates have accused Cawthorn of sexually harassing women during his college days. Cawthorn spoke at the “Stop the Steal” rally that immediately preceded the January 6 assault on the Capitol. He later denounced those that desecrated the House and Senate buildings, but has said he does not regret hyping up fellow Trump fans that morning.

“I thought it was conducted by weak-minded men and women who are unable to check their worst impulses and had very little self-control,” he said  on “The Carlos Watson Show.” 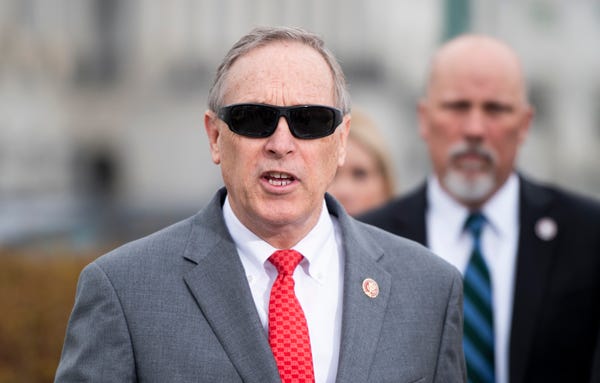 LaBorde joined forces with Rep. Andy Biggs, an Arizona Republican and House Freedom Caucus chair, four years ago. She started out as a legislative director before taking on chief of staff duties last July.

Biggs’ siblings recently slammed him for supporting the rigged election rhetoric that stoked the January 6 attack on the Capitol.

“Political ambition, peer pressure and fealty to Trump proved to be too strong a drug to resist,” William Biggs and Daniel Biggs wrote in The Arizona Republic. 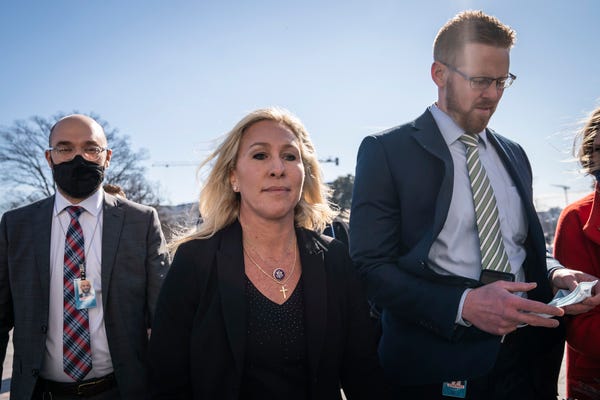 Parsons and Greene, a Republican of Georgia, appear to be a match made in provocateur heaven.

Having formerly founded grassroots advocacy group Georgia Gun Owners, Parson’s gotta be pleased that his new boss — who has plenty of time to fill after being stripped of her committee assignments by House Democratic leaders — has already sponsored multiple gun giveaways to reward ardent fans and enrage liberals.

“The radical left isn’t just coming after me. They’re coming after you,” Greene wrote in a campaign email, warning conservatives that Democrats are “fighting for their America Last agenda every single day to plunge America into a socialist hellhole.” 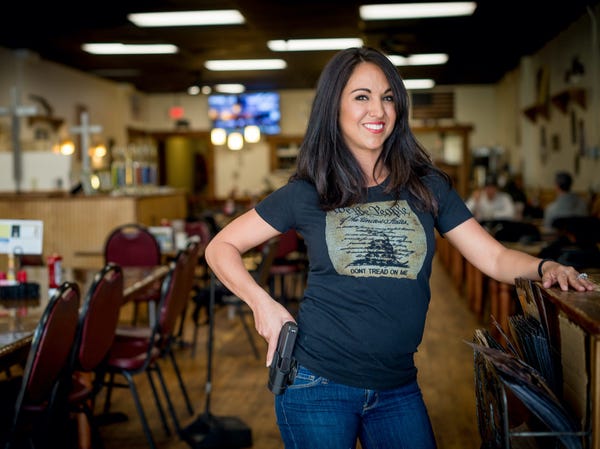 Rep. Lauren Boebert of Colorado may still be finding her way around the Capitol, but her chief of staff Jeff Small has been there for years.

The Washington insider has worked for a half dozen Republican lawmakers, including Rep. Paul Gosar, a Republican of Arizona, and Chuck Hagel, the former Nebraska senator who went on to serve as Secretary of Defense in the Obama administration. Small also pitched in on several campaigns, and even spent 16 months as a senior advisor in Trump’s Department of Interior

Small may be having a tough time delivering on the new boss’ wishes, given that the response to the Capitol riot, which included heightened police presence and passing through metal detectors to enter the House chamber, is interfering with Beobert’s mission to tote guns throughout the congressional complex.

Ben Goldey, a communications aide who overlapped with Small at Interior, resigned from Boebert’s office after the attack on the Capitol. “The congresswoman deserves a team that is aligned with her message and goals. I will not be that person,” Goldey informed Small, according to the Montrose Daily Press. 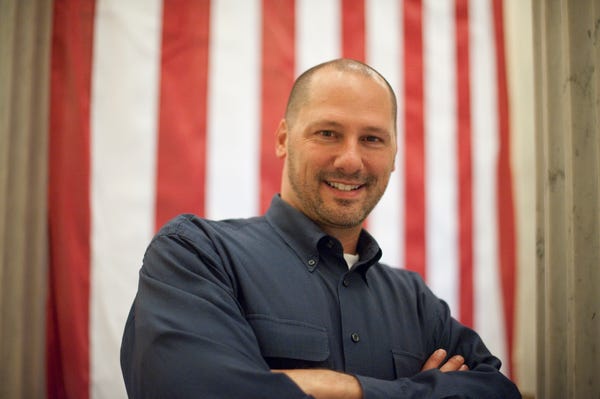 Flein’s a long way from The Last Frontier.

He spent a decade as an attorney at Alaskan law firm Clapp, Peterson, Tiemessen, Thorsness LLC before he began dispensing legal advice in 2011 to Gosar. Shortly after Von Flein’s arrival in DC, Politico reported that other Gosar staffers revolted, accusing the then-Sarah Palin acolyte of pursuing pet projects that had nothing to do with Arizona and habitually disregarding office protocol.

Gosar, whose own family has campaigned against him, has been railing against left-wing threats since riding the Tea Party wave to Congress in 2010. 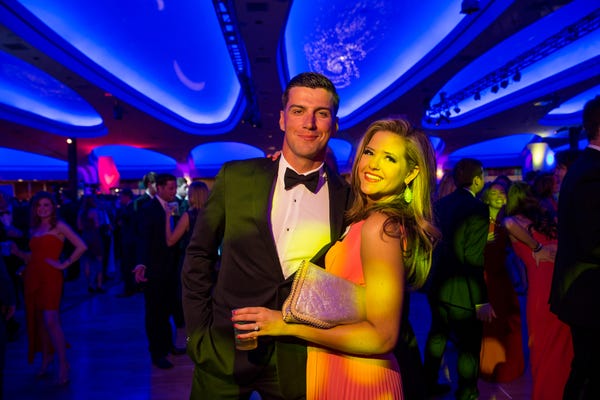 Wyant has been with Rep. Matt Gaetz, a Republican of Florida, since the beginning.

The one-time aide to Sen. Rand Paul of Kentucky signed on as Gaetz’s spokeswoman in late 2017, graduating to his chief of staff two years ago.

The brash, two-term congressman’s entire career is currently under intense scrutiny amid allegations of misconduct ranging from sex trafficking to grift. 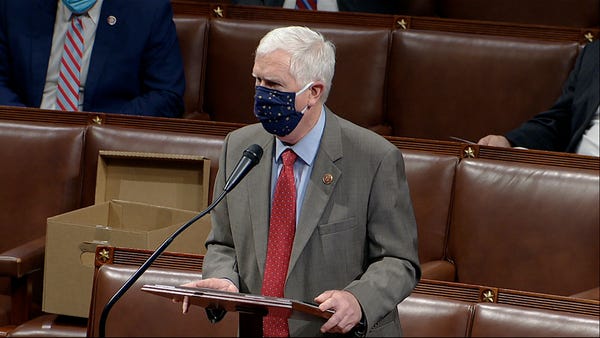 Attorney Yates’ Capitol Hill career may soon lead right back where he started: the hallowed halls of the Senate.

Yates, who started out in Washington clerking for the Senate Judiciary Committee, has since 2017 played legal whisperer to Rep. Mo Brooks, a Republican of Alabama. Yates moved up to the chief of staff post a year ago.

Trump has endorsed Brooks in the race to replace retiring Sen. Richard Shelby, a Republican of Alabama.