New York prosecutors have reportedly given former President Donald Trump’s attorneys until Monday to convince them to not file criminal charges against the Trump Organization over its financial dealings.

The deal could signal that Manhattan District Attorney Cyrus Vance Jr. and New York Attorney General Letitia James are considering criminal charges against the company as an entity, as first reported Sunday by The Washington Post, citing two people familiar with the matter. The two offices are working together after each one spent years investigating Trump’s business.

On Friday, The New York Times and NBC News reported that Vance’s office could file charges against the Trump Organization as soon as the upcoming week. Attorneys working for Trump personally and for the organization reportedly met with Vance’s office on Thursday in an attempt to convince prosecutors to drop the charges. According to the Times and the Post, such opportunities to persuade prosecutors against filing charges are not abnormal in white-collar criminal investigations.

Prosecutors have shown interest in whether the Trump Organization used misleading valuations of its properties to deceive lenders and taxing authorities, and in whether the company paid taxes on fringe benefits for top executives.

Specifically, they’re investigating whether the corporate perks and gifts awarded to chief financial officer Allen Weisselberg had been accurately recorded in company ledgers and accounted for on tax returns. Weisselberg and his son Barry Weisselberg have reportedly received potentially up to hundreds of thousands of dollars’ worth of fringe benefits from the organization. 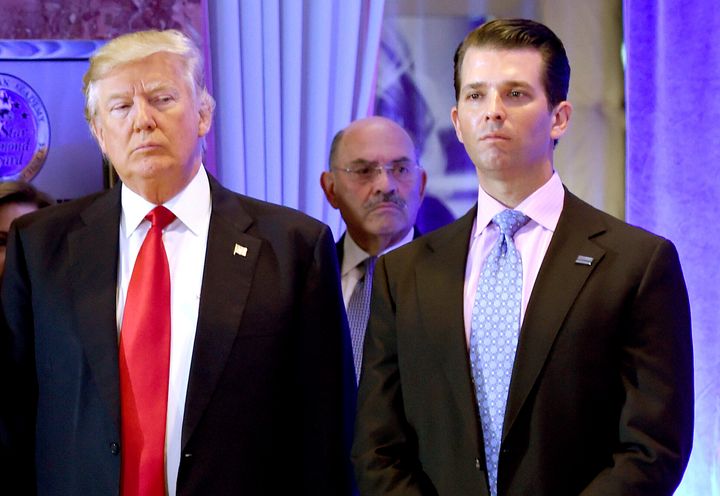 According to the Post, prosecutors are looking at charging the Trump Organization as an entity, as well as Allen Weisselberg. Under New York law, prosecutors can file charges against corporations in addition to individuals.  While the federal Racketeer Influenced and Corrupt Organizations Act (RICO) usually involves a person engaging in a pattern of criminal behavior through an enterprise over a certain period of time, New York’s “little RICO” only needs proof of as few of three crimes involving a business or other operation.

Vance’s office wanted Allen Weisselberg to cooperate in the investigation into the Trump Organization, but the executive refused to assist them. Trump attorney Ronald Fischetti said Friday that prosecutors are pursuing a case against the company because Allen Weisselberg wasn’t “cooperating and saying what they want him to say” in terms of whether Trump had personal knowledge of the CFO’s alleged use of cars, apartments and other compensation prosecutors suspect have not been properly reported to tax authorities, according to the Post.

“Weisselberg does lie. He has perjured himself with the presidential inaugural committee, with most depositions,” she told MSNBC in May, adding that her former father-in-law would “flip” on Trump if prosecutors applied the pressure on his children.

According to The Wall Street Journal, Vance’s office is also investigating Trump Organization chief operating officer Matthew Calamari, who initially served as Trump’s bodyguard. Prosecutors are looking into Calamari’s compensation package at the organization as part of the probe into whether employees were paid in part with perks in order to avoid paying taxes.

Former Trump attorney Michael Cohen testified before Congress in 2019 that both Weisselberg and Calamari were aware of instances when Trump inflated the value of assets to insurance companies. Neither Weisselberg nor Calamari have been charged.

Trump has repeatedly denied the allegations against him and his organization, calling the investigations a “witch hunt” run by Democrats trying to damage his political career. The former president has planned a series of public appearances in the coming weeks, with his first stop having been on Saturday.

Trump still owns his businesses through a trust managed by his sons and Weisselberg. The Trump Organization uses hundreds of individual limited liability corporations that are mostly controlled by the trust. While the former president gave up day-to-day management while in the White House, it’s unclear if such responsibilities have since changed.