When Sam Koslowski and Zara Seidler started uploading news breakdowns on Instagram for their family and friends in 2017 they couldn’t predict that four years later it would become a trusted news source for hundreds of thousands of young Australians.

The Daily Aus has quickly grown into the go-to news source for young Australians, jumping from 70,000 readers in December 2020 to 219,000 less than a year later. The social media-driven platform’s aim is simple, engage the young in the news that matters. 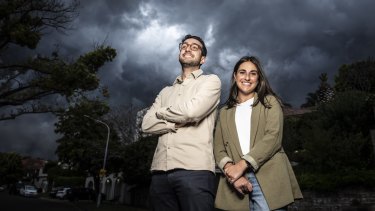 “We think of ourselves as a speed bump that meets our readership where they are. You should be able to scroll on social media, see a photo of a coffee, a brand you like, and then a little, digestible explainer of ours about interest rates before going back to what you’re doing more knowledgeably,” Koslowski told The Sydney Morning Herald and The Age.

Over 85 per cent of the publication’s 219,000 followers are under the age of 35, and a significant proportion exclusively use it to get their news. Koslowski says young people gravitate towards The Daily Aus because it delivers high-quality news that isn’t patronising, is devoid of jargon but “isn’t afraid to use a swear word in a headline”. For now, the publication is focussed on producing explainer articles, and while it’s likely to dip its toe into the breaking news space Koslowski would “rather be slow and right, than fast and wrong” for now.

Unlike most traditional media companies, The Daily Aus has consciously avoided adopting a subscription-based revenue model. Instead, Koslowski and Seidler are focussing on growing a devout readership before thinking about how to monetise them.

Koslowski is proud of the way The Daily Aus has made its mark on young people, he’s cautious about disrupting that relationship with revenue grabs too early and said the publication is more likely to emulate publications such as the satirical newspaper The Betoota Advocate.

“Our audience doesn’t sit on web browsers and pay to read like other generations do,” he said.

Following in the footsteps of The Betoota Advocate makes sense. Both organisations are primarily social media based, have audio offerings, newsletters, and are both published by Piers Grove.

Grove argues working with brands to advertise around an article on a website is ‘a really horrible way’ to cultivate a media business because it makes the relationship with the audience immediately transactional.

“I always try to look at how I can grow a community of people around this content, so they can use the content as a way to engage with each other and develop an identity. Once I have that, I look at what we can do with them,” he says.

He says The Daily Aus’ strength has come from listening to its audience singularly, rather than pandering to advertisers. As a result, he says, The Daily Aus has avoided the ‘fairly vacuous’ relationship traditional publications grapple with where a reader’s loyalty extends only to the next story.

The High Court recently ruled that media outlets are legally responsible as “publishers” for third parties’ comments on their Facebook pages, in a decision with implication for all social media users. What it means for The Daily Aus is less clear. Its biggest audience is on Facebook-owned social media platform Instagram, but it’s too soon to tell whether the judgment applies to all Facebook products.

Koslowski is a former lawyer, and isn’t sure what to make of the decision “if you’re going to rely on social media to give you revenue, you’re responsible for the content, but we don’t make any money off social media content, we’re not a part of the bargaining code dynamics, so I’m not sure that it should apply to us,” he said.

In the event it does, Koslowski is willing to disable comments entirely, but says it’s a shame for the relationship between publisher and reader as The Daily Aus often replies to comments to clarify confusing elements of the news for its readership.

He says the media bargaining code is a win for news literacy and accessibility, but it delays a difficult discussion for the industry about what a ‘sustainable’ revenue model is for news companies and where social media behemoths fit in as more Australians stop paying for news. He also questions the way the code works given social media-based platforms with the highest growth on the paying platforms, such as The Daily Aus, aren’t included.

Despite growing nearly 100,000 new Instagram followers over the past three months, The Daily Aus is not wedded to the platform, “we’ll meet our readers wherever they want us, at the moment it’s Instagram, tomorrow it could be TikTok,” Koslowski says.

The Daily Aus does not shy away from the fact a significant proportion of its content is originally reported by other platforms. Koslowski is a big admirer of traditional media but says failure to source information correctly or attribute other outlets holds the industry back in the era of ‘fake news’.

He adds that focussing too much on inter-industry squabbles detracts from the overall goal, “We have a clear aim. We want every young person who walks into the voting booth at the next federal election to know who they’re voting for and why and if that means directing to them to a wonderful infogram by the ABC or a great analysis piece by The Sydney Morning Herald, great.”

“News companies should work together in the game of having a more educated public rather than placing too much emphasis on ego-driven exclusives”, he says.