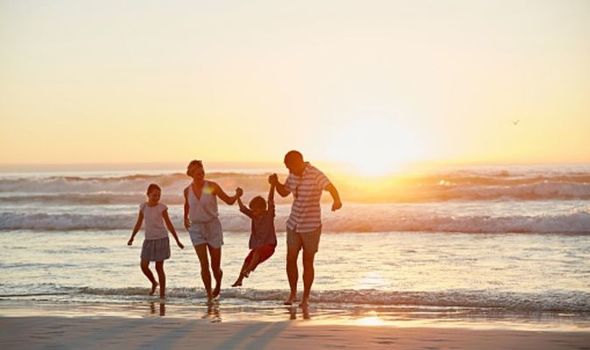 The total annual cost of living here is £53,280, with average annual rent costing £12,558 and the average cost of living for a family of four at £27,264. The study looked at various factors in 63 of the world’s most developed nations.

This included the cost of childcare, average monthly rental price and the annual cost of utilities.

They also used the cost of broadband to work out the estimated annual cost of raising a family around the world.

Raising a family can be one of the biggest challenges of many people’s lives, as raising and caring for children can result in a great expense and drain on personal resources.

There are many things to take into consideration when working out the cost of raising a family.

Such as the cost of living in a bigger house, shopping and other living costs, as well as the price of an education.

By combining data on the costs of these factors from around the world PoundTory have been able to estimate the annual cost of raising a young family in 63 of the world’s most developed nations.

Therefore, they were able to use this data to establish where it is most affordable to raise a family, and where it is the most expensive.

Turkey is by far the most affordable country in which to raise a family with annual costs of just over £15,000.

The nation which straddles Europe and Asia has the lowest living costs of any country at just over £10,800 a year, as well as the cheapest average rental house price of £2,149 per annum.

The second cheapest developed country to raise a family is Georgia, where costs total just over £17,000 every year.

It is actually much cheaper to send a child to kindergarten in Georgia than in Turkey, with annual costs of just under £1,000.

The third most affordable country is Kazakhstan at £18,467 per year.

It has the third cheapest broadband costs, as well as the fourth cheapest cost of sending a child to kindergarten.

On top of this, it is under £4,000 a year to rent a three-bedroom property in Kazakhstan.

On the other end of the spectrum, Monaco seems to be with most expensive country.

The average cost of raising a family is estimated at over £200,000 which makes it by far the most expensive country.

The second most expensive country to raise a family is the alpine nation of Switzerland. Swiss families will have to pay almost £100,000 a year on average.

One of the biggest reasons for this is that Switzerland is the most expensive country in the world for sending a young child to kindergarten or nursery.

Luxembourg is the third most expensive country in which to raise a family. Each year it would cost over £82,000.

The International Monetary Fund estimates that Luxembourgians are on average the richest people on the planet, with the highest GDP per capita of any nation.