MORGAN is such a traditional company it ought to have a crest. And a motto. Whatever the Latin is for “Don’t mess with success”.

For 85 years, Morgan has been building cars that look just like this. 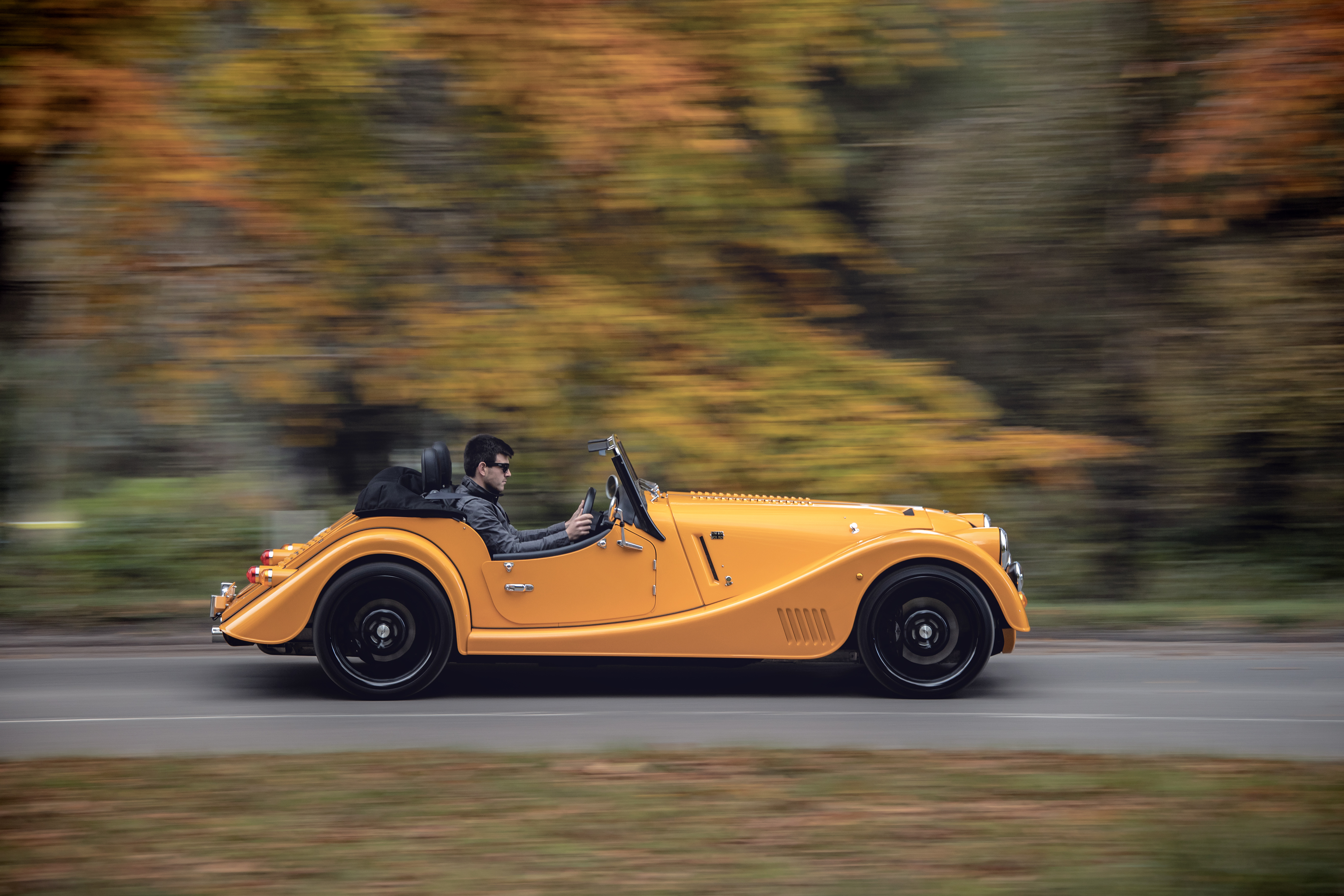 Its first sports cars were three-wheelers. But in 1936, company founder H.F.S. Morgan bowed to fashion . . . and added a fourth wheel. It turned out to be more than a passing fad.

The firm, with his family still involved, carried on that way until just last year.

Only then did it turn out the final car based on that traditional steel chassis. Then came this totally new model, this Plus Six.

It’s fired down the road by a powerful BMW engine. It rides in an ultra-modern aluminium structure and new suspension.

But from a couple of paces away, it looks exactly the same as the old-timer. Morgan just thought it was too much of a risk to depart from a formula that has served it well all those years.

In fact, the body panels are formed around a frame of ash wood. The timber, crafted by Morgan’s people in Worcestershire, is simply better for that job than man-made materials.

The Plus Six is like a gold pocket watch with a quartz movement. Or a fake-antique mahogany cabinet that opens to reveal a flatscreen telly.

Except it’s not fake because it’s what a Morgan has always looked like. So everyone knows what you’re driving – and they love it. Tally ho.

The door is a tiny flap. But if the roof is folded, it’s not hard to wriggle down into the seat. Once you’re there, it’s pretty snug.

The shallow dashboard has no space for a normal instrument binnacle. The speedo has small numbers and it’s over by your passenger’s right knee. Instead, the noise and the bluster tell you how fast you’re travelling.

A quiet burble and a gentle waft? You’re just cruising. A barking exhaust and mad cyclone round your ears? You’re using the performance.

The seats are comfy. There’s a bit of a boot. The folding roof is waterproof, even if it’s more ridge tent than marquee.

Get a bit of speed on and the engine comes to life, the usual smoothness of a BMW straight-six being overlaid by something more fire-breathing.

The acceleration is pretty startling because those new materials make the car ultra-light.

The steering is accurate and not too twitchy and there’s a lot of grip. The handling has the precision of a proper modern car.

But you’ll need to tread carefully, especially in the wet. There’s no electronic anti-slip system.

Drive the Plus Six to the max and it’s an intense, almost crazy experience.