Four years ago in Cleveland, real estate mogul Donald J. Trump took the stage and completed his takeover of the Republican Party by declaring: “Nobody knows the system better than me, which is why I alone can fix it.”

As he prepares to accept his party’s presidential nomination for the second time this week from the grounds of the White House ― an unusual and legally questionable venue that highlights his failed handling of the coronavirus pandemic ― Trump is asking the nation to reelect him in a far more broken and exposed condition than when he first took office.

The unemployment rate remains over 10%, many businesses and jobs are gone for good, experts say the economy will be stuck in a recession for years, trillion-dollar deficits are expected for equally as long, deaths attributed to COVID-19 have topped 175,000 and continue rising ― significantly higher than in other developed countries ― testing backlogs persist in parts of the country, and a vaccine is unlikely before the end of the year.

Trump keeps saying “nobody” could have foreseen the crisis that has hobbled his presidency, but the warning signs were there and they largely went ignored. Perhaps the most devastating aspects of Trump’s response were his repeated dismissals of the severity of coronavirus, his early praise of China, where the disease originated, and his refusal to embrace science, including basic steps such as mask-wearing, until months into the pandemic. 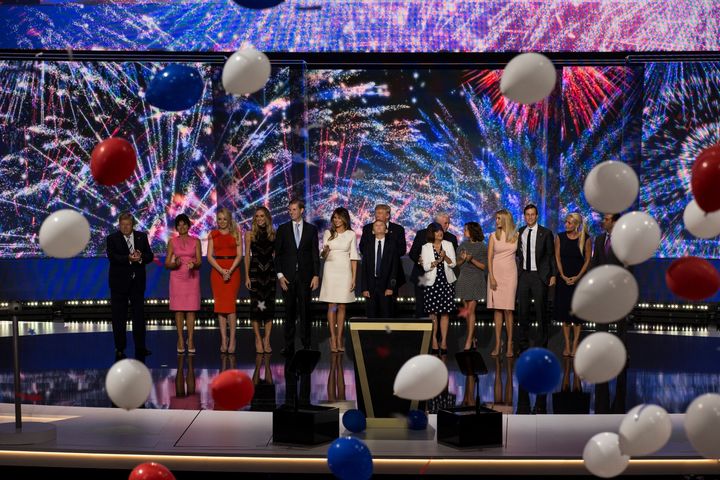 Now, Trump is pushing schools to reopen and even wants college football to be played this fall ― a strategy aimed at appeasing his conservative base ahead of the November election, but one that public health experts say could lead to even more coronavirus infections and deaths. And he and his Republican congressional allies are deadlocked with Democrats on further pandemic relief.

Though the election between Trump and Democratic challenger Joe Biden will largely be a referendum on the president’s mishandling of the pandemic, he still hasn’t laid out a comprehensive strategy to beat it. His plan for months has basically been asking people to grit their teeth and bear it.

Trump seems more focused on juicing TV ratings with a big show at this week’s GOP convention than he does on the public health crisis. The president will reportedly make an appearance every night in an effort to upstage last week’s mostly virtual Democratic National Convention, and his family members will play big roles during the event.

But Trump hasn’t just fallen short on his fix-it vows to reverse “poverty and violence at home” and “war and destruction abroad,” as he put it in his 2016 Republican National Convention acceptance speech. Mexico hasn’t paid for Trump’s proposed wall on the southern border, for example. In fact, few new sections of border wall have actually been built. His administration diverted funding from planned military projects for construction of the wall, which is mired in legal challenges.

One of his most popular pledges ― that he would “drain the swamp” of corruption and influence peddlers in Washington ― may be his biggest failed promise. Trump’s administration is teeming with former lobbyists and corporate executives, he and his family are personally profiting from the presidency and frequent his golf trips, and the scandals and ethics violations mount by the day. His decision to hold parts of the GOP convention on federal property is only the latest. 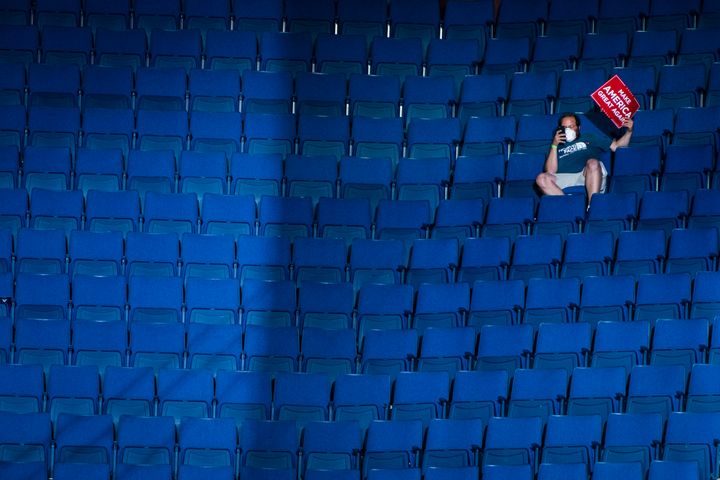 Trump’s other big promises from the 2016 campaign — a grand infrastructure overhaul not seen since the 1950s and the replacement of Obamacare with an even better health care program — haven’t materialized.

He keeps saying he’ll release a new health care plan, but misses his own deadlines. Meanwhile, his administration is actively trying to invalidate Obamacare and its protections for preexisting conditions in court. The case will get a hearing at the Supreme Court just days after the election, ensuring voters won’t hear the oral arguments until after they’ve cast their ballot.

Biden has sought to make Trump’s handling of the coronavirus pandemic a central theme of his campaign. At last week’s nearly all-virtual Democratic convention, Biden warned the country was in for additional pain if it allows Trump four more years in office.

“If this president is reelected, we know what will happen. Cases and deaths will remain far too high,” Biden said in an emotional speech accepting his party’s nomination from Wilmington, Delaware.