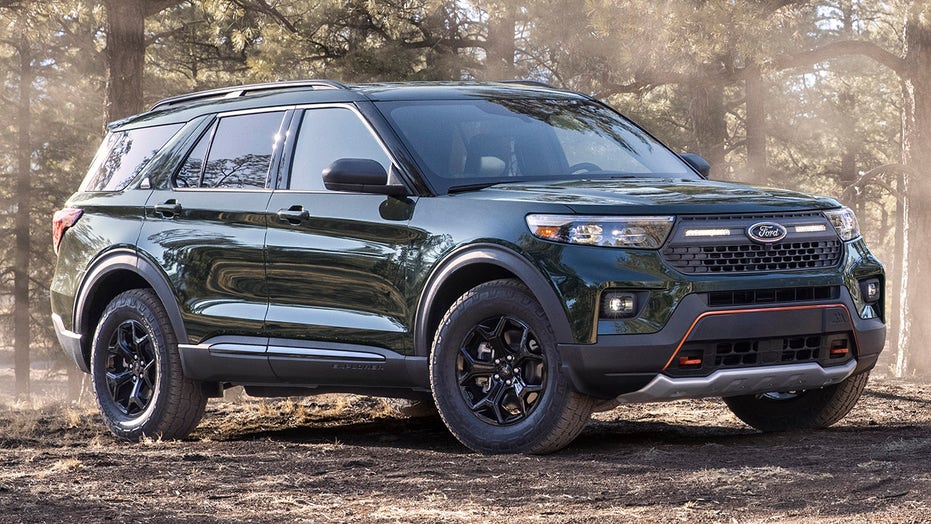 The Ford Explorer will soon live up to its name even more. 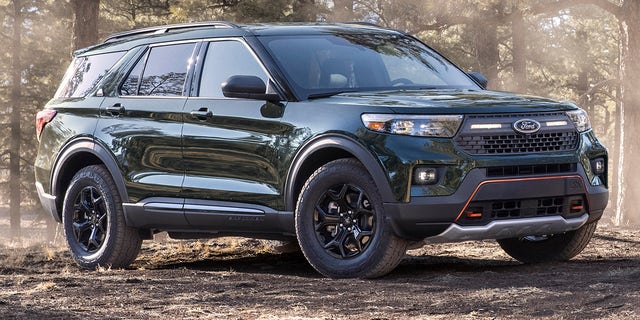 The 2021 Explorer Timberline is a new off-road-focused version of the three-row SUV designed to handle rougher roads than the rest of the lineup.

It features a retuned suspension that uses the heavy duty shocks from the Ford Interceptor Utility police model and provides 8.7 inches of ground clearance, an increase of .8 inch compared to the standard Explorer. 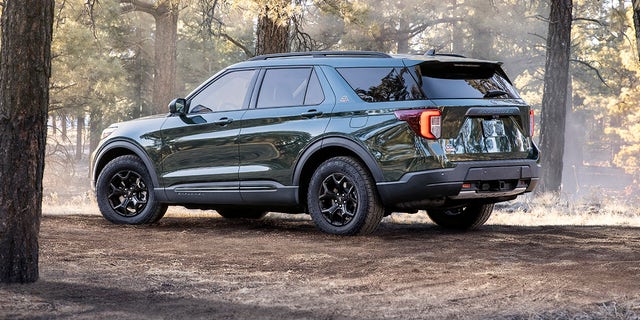 The Explorer Timberline is being offered only with the Explorer’s 300 hp 2.3-liter turbocharged four cylinder engine and comes standard with a towing package rated at 5,300 pounds, hill-descent control, a 360-degree camera system and the CoPilot360 driver aid package that includes adaptive cruise control and lane-centering assist.

It also gets a set of all-terrain tires, new front and rear bumpers with functional tow hooks, steel skid plates and a Torsen rear differential for added traction on slippery surfaces. It’s not meant to be a hardcore off-roader like the Ford Bronco, but adds a significant amount of capability. 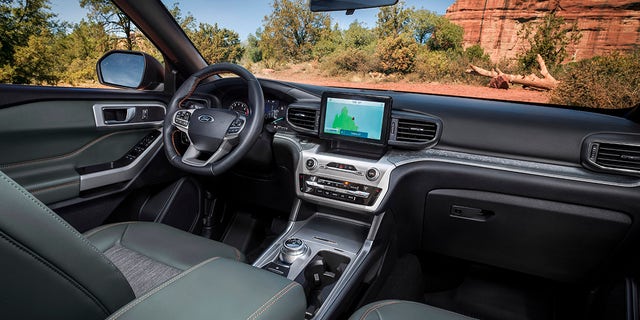 The Timberline launches a new Forged Green Metallic paint and is only available with a woodsy Cypress Green interior with orange stitching that includes easy-clean grey cloth seat inserts that Ford said better holds passengers in place on bumpy roads.

Ford surveyed Explorer owners and found a 56 percent increase in off-road use over the past three years, which reflects a broader trend toward more rugged crossover SUVs like the Bronco Sport, Toyota Rav4 TRD Off-Road, Honda Passport and Subaru Outback Wilderness.

Pricing for the Explorer Timberline starts at $47,010 and the order books are open ahead of deliveries scheduled to begin this summer.

Ford said the Timberline trim level will likely expand to other SUV models, but did not reveal which ones.