The U.S.-Mexico border has been closed since March 2020 because of the pandemic and it’s not known when it will reopen. However, it’s forcing cartels to change their drug trafficking tactics as they’re now recruiting American’s to do the job.

Texas is transferring inmates from a corrections facility in South Texas so it can handle criminal illegal immigrants, as the state’s governor moves to arrest those in the country illegally who have committed a state or federal crime as part of the state’s response to the crisis at the southern border.

“The state of Texas continues to deal with a significant number of individuals illegally crossing the border,” a spokesperson said in a statement. “To address the ongoing crisis, Governor Abbott is directing state resources to arrest and confine those individuals crossing the border unlawfully and who have committed a state or federal crime.”

The facility is about an hour away from the border town of Laredo and has 1,000 beds. The facility was “depopulated,” meaning inmates were transferred to other spots with capacity. The move was first reported by The Marshall Project.

“TDCJ is working collaboratively with the Office of the Governor, Texas Department of Public Safety, Texas Commission on Jail Standards, Texas Commission on Law Enforcement, and the Texas Division of Emergency Management to ensure the safe and secure detention of unlawful immigrants charged with a state offense,” the statement said.

The state launched Operation Lone Star in March to combat the smuggling of people and drugs into Texas. This week, Abbott announced a slew of measures to combat illegal immigration, including signing a letter to put down a $250 million down payment on a border wall. 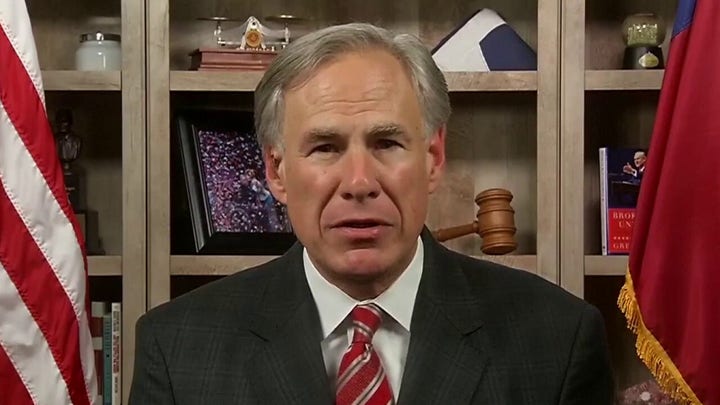 Abbott said border states like Texas have seen “carnage” from people coming over. He said that in the first four months of the year, the Texas Department of Public Safety saw an 800% increase in the amount of fentanyl apprehended at the border – enough to kill more than 21 million Americans.

“Make no mistake, the border crisis that we’re dealing with right now is a direct result of the open border policies that have been put in place by the Biden administration,” he said.