Austin, Texas prides itself on being a high-tech hub, the center of the Texas "Silicon Prairie." It's home to Google and Facebook, which just signed the city's largest-ever lease, and will soon be home to Apple's mammoth campus on the city's northern edge. Austin was where Twitter was first introduced at SXSW, which is one of the world's leading technology and cultural showpieces every year. Even nearby cities reap from Austin's tech reputation: Samsung is building a massive plant in Taylor, up the road about 40 miles from downtown Austin.

But infrastructure and essentials like potable water are key to supporting business, and the Texas capital is having trouble keeping its drinking water clean, again.

Austin issued a water boil notice Saturday night that will last "a couple days" after officials failed to address the issue following a failure a year ago at the same treatment plant.

Officials issued the notice Saturday night that the Ullrich Water Treatment Plant is out of service due to "an internal treatment process issue that resulted in high turbidity." Crews and officials are working to restore operations.

Mayor Steve Adler said it appeared that "this will be over in a couple of days." He helped with water distribution Sunday, applauding the city's purchase of water trucks after Winter Storm Uri, which hit Texas mid-Feb. 2021 and led to a similar water shutdown, at the very same plant. 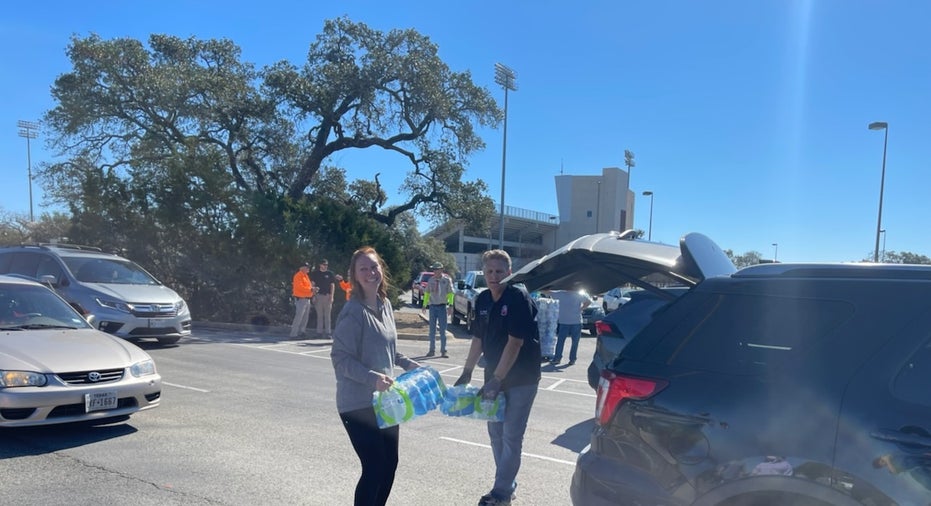 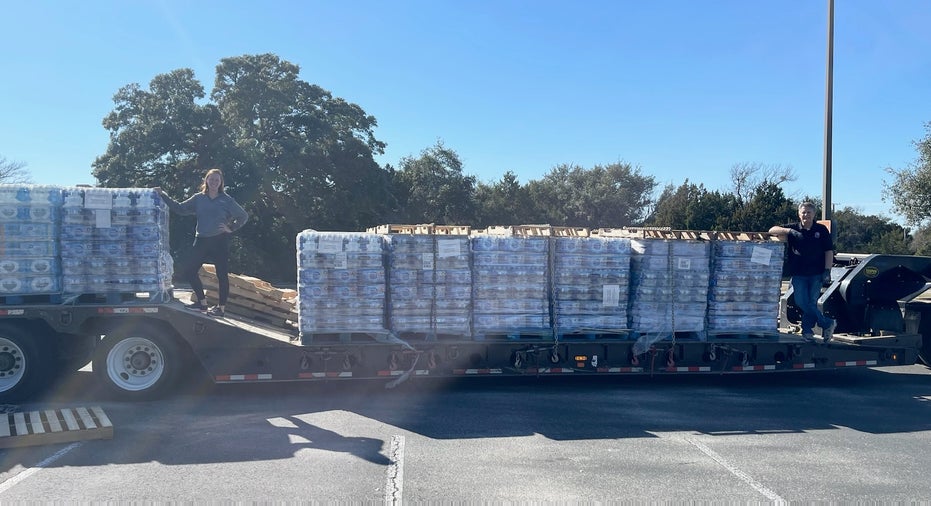 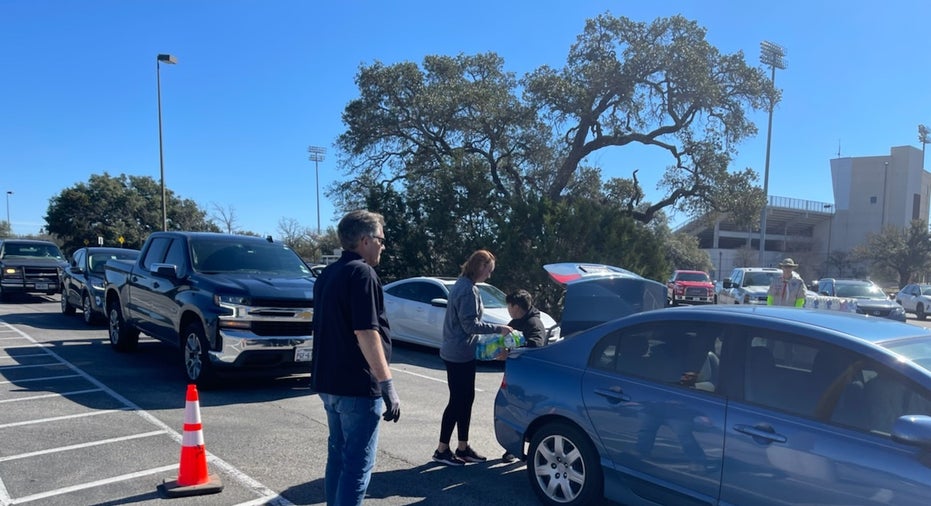 City Council Member Mackenzie Kelly, District 6, and Williamson County Judge Bill Gravell also joined the water distribution. Kelly reported on Twitter that the city had distributed water to 1,100 vehicles at the Kelly Reeves Athletic Complex just north of Austin. The city opened the distribution between noon and 5 p.m. Sunday with a limit of two cases per vehicle.

"It's frustrating to be out here today due to a failure on behalf of the city of Austin, but at the same time I'm happy to be given the opportunity to work alongside our intergovernmental partners at Williamson County to help out the residents of Austin," Kelly told FOX Business.

The boil water notice has caused some anger among Austin residents who found the situation unacceptable, largely focused on a mayor who appears to prioritize defunding the police instead of ensuring Austin can handle the brief winter storms it experiences year to year – efforts that have led to an incredible spike in homicides.

"City leaders have ignored the real issues facing everyday Austinites and have manifestly failed to provide core services that are commensurate with the taxes we pay to live in an expensive city," Save Austin Now co-founder Matt Mackowiak told FOX Business. "This is our third water boil notice in three years. Last year we set an all-time homicide record and we are on track to set a new record this year." 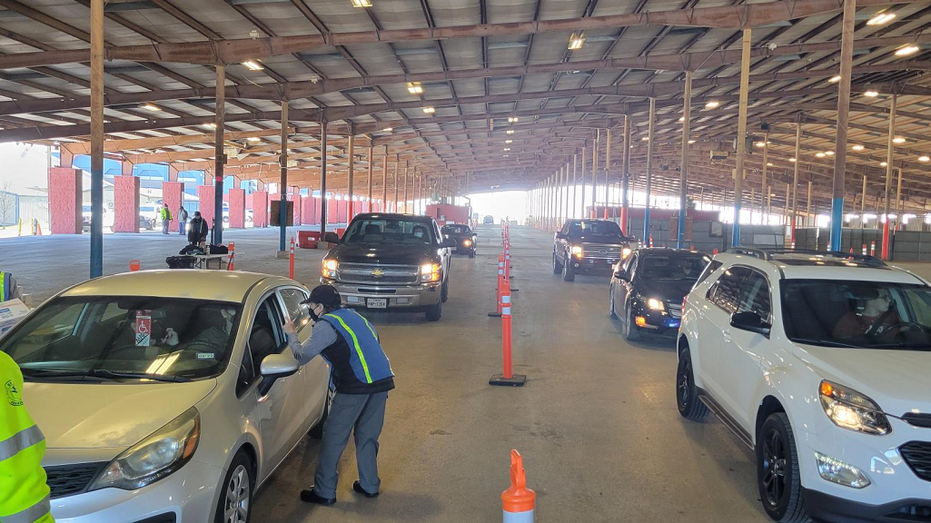 Austin residents wait in their car as volunteers distribute water during the Boil Water notice.  (City of Austin)

"Affordability has never been worse," he added. "Homeless camping continues in violation of a voter-passed initiative re-instituting the ban on camping. This will never change until voters consider standard of living and vote these bums out for reasonable, solution-oriented people."

Others took to Twitter to vent their frustration, with some labeling the conditions as "third world."

"Btw I got a call today because there’s a boil notice in Lamar, Austin TX," one Twitter user wrote. "Recommend to boil water at high temps for 2 mins prior to using. No proposed end date. The United States is a third world country."

"Austin: We are the #1 tech city in the US. Also Austin: Boil your water twice a year," wrote another user.

A third user took direct aim at the city manager, saying, "The current Austin system of municipal government with a powerful, highly professional skilled city manager comes through again with another boil water notice. Good thing we kept this system."

Jennifer Virden, who ran for mayor of Austin in 2020 and announced her candidacy for a 2022 campaign, said the notice presented another instance in which Austin residents had to "lower their expectations." Mayor Adler, a Democrat, is term-limited out of office after his current term ends.

The same water plant failed a year ago, triggering a citywide boil water notice and leading to the evacuation of many patients from St. David’s South Austin Medical Center, the Austin American-Statesman reported.

That shutdown resulted in the loss of access to roughly half of Austin’s drinkable water. This year’s freeze was not as severe, but it still led to a shutdown at the Ullrich plant – which may actually last longer, too.

The city said that turbidity, or cloudiness, can interfere with disinfection and provide a medium for microbial growth, and may also indicate the presence of disease-causing organisms like bacteria, viruses and parasites. Water Director Greg Meszaros said that the risk is "very low" but "regulations are regulations."

Fox News’ Bryan Preston and the Associated Press contributed to this report.