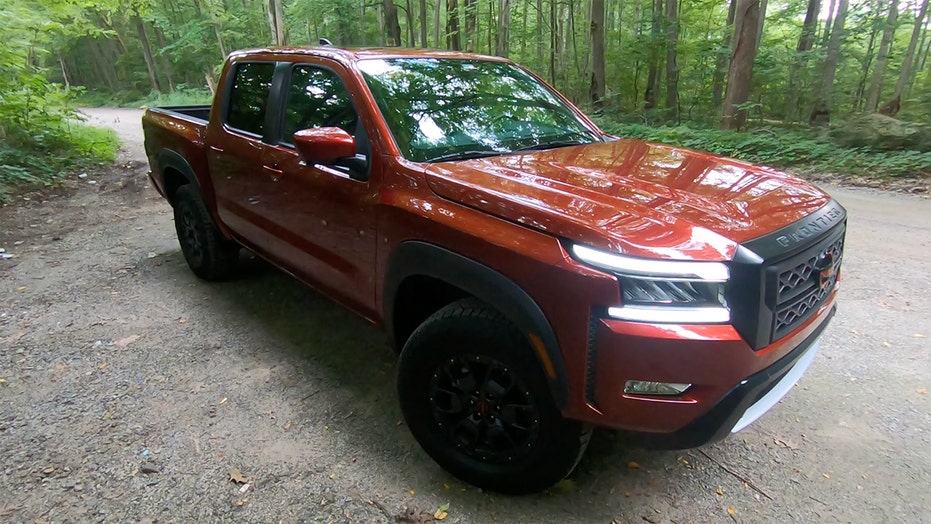 The 2022 Nissan Frontier combines new styling and tech with a proven platform and leaps near the front of the midsize class, says Fox News Autos Editor Gary Gastelu

The Nissan Frontier is new for 2022. At least some of it is. 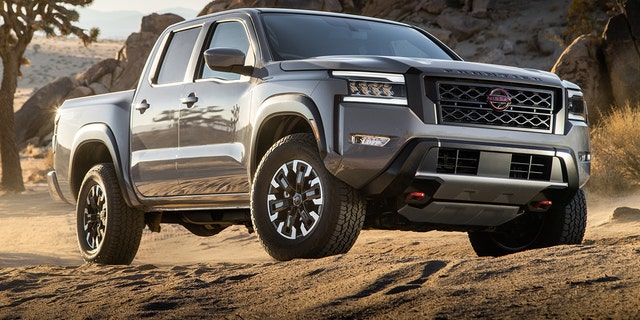 The compact pickup wears a fully-redesigned body on an updated version of the frame that’s been carrying the model around since 2004 and is powered by an engine introduced last year. As it turns out, out these aren’t bad things.

The Mississippi-made Frontier’s boxy styling is a callback to the Nissan Hardbodies of the 1980s and moves away from the brand’s ubiquitous Vmotion grille that’s featured on the outgoing model, but the overall look is very contemporary.

It’s available as a king cab with a six-foot bed for $29,015, or a four-door crew cab that’ starts at $30,515 and can be ordered with either a five-foot or six-foot bed. It’s not the cheapest truck in the segment, but its standard 310 hp 3.8-liter V6 is the most powerful and good for towing a respectable 6,720 pounds. Fuel economy is rated at 20 mpg combined for two-wheel-drive models and 19 mpg combined for four-by-fours. 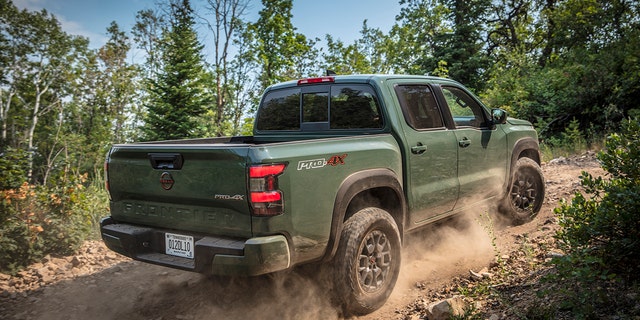 The old frame has been beefed up and the suspension re-engineered with jounce bumpers and a rear anti-roll bar to improve the ride and handling, while the body is now attached via hydraulic mounts to further reduce vibrations.

The interior is an all-new design and, although it doesn’t break any new ground, is as fashionable and functional as any in the class. There are plenty of buttons and knobs to augment its new Apple CarPlay and Android Auto-equipped touchscreen infotainment system and lots of room for a midsize pickup. The seats also get Nissan’s comfy “zero-gravity” treatment, but I found the bottoms on the front buckets in the top of the line 4×4 Pro-4X that I tested at a fully-loaded price of $44,315 to be a little flatter than ideal. 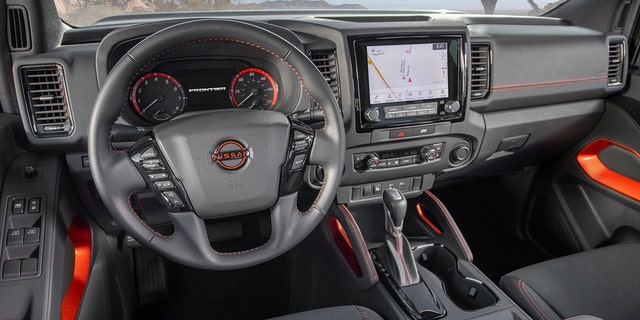 The Frontier comes with an electronic safety suite that includes front and rear automatic emergency braking and both adaptive cruise control and a 360-degree bird’s-eye-view camera that can be used for parking and off-roading are optional.

The Pro-4X is dressed for the latter with fender flares, all-terrain tires on 17-inch beadlock-style wheels, additional underbody protection, a set of heavy duty Bilstein shocks and a locking rear differential. A two-wheel-drive Pro-X gets the flares, wheels and shocks and is aimed at tackling rough, but flat roads. The Pro-4X isn’t meant to be an extreme off-roader, but puts in solid performance on rocky roads and really shines on paved ones.

The Frontier’s ride quality and refinement is unmatched and easily outclasses the best-selling Toyota Tacoma. It’s quiet, doesn’t wander or bounce around and is a surprising joy considering its ancient ancestry. The only disappointments are that the nine-speed automatic transmission can be busy on uphill stretches and that the wind blocker that pops up when you open the sunroof creates a deafening wind noise above city speeds that’s so loud even the excellent Fender audio system that you get in the Pro-4X can’t do much to overcome it.

The Frontier is far from a next-generation vehicle, but it’s among the best of the current one for the everyday stuff. It may have been an also-ran on the compact pickup charts in recent years, but this one deserves to be closer to the front of your shopping list.