Tesla's factory in Germany, its first major one in Europe, has had a bumpy ride. Environmental challenges led to some minor holdups, and then COVID-19 shut down much of the world, and US travel bans brought many US Tesla workers home.

Finally, in June the company broke ground on the factory outside of Berlin. New drone photos show what seems to be quick progress with cranes and foundation going up fast. Here's a brief history of the background on the new Tesla Gigafactory, and photos of the construction progress. 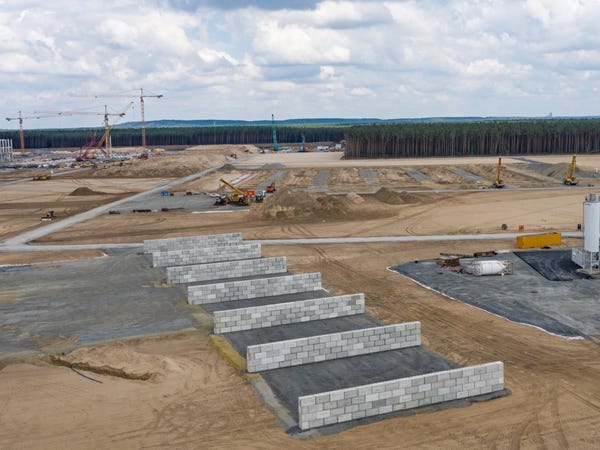 Tesla began clearing the area in preparation for construction. 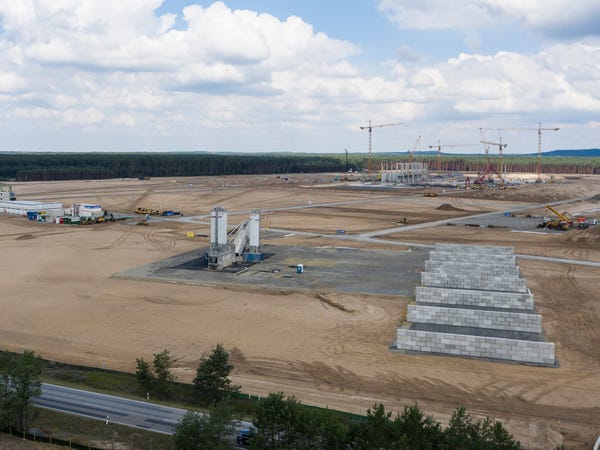 In February, a Germany court ordered Tesla to stop deforestation for the new factory over environmental concerns. 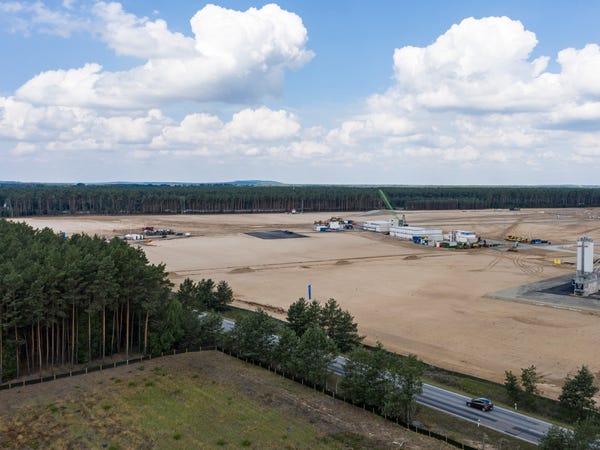 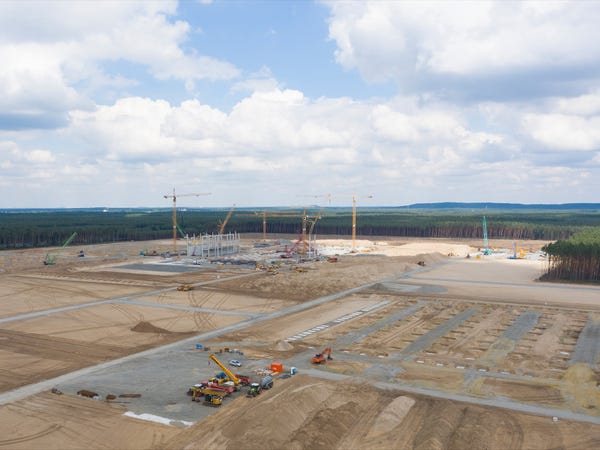 The group also claimed that Tesla's plans could be a danger to area drinking water. 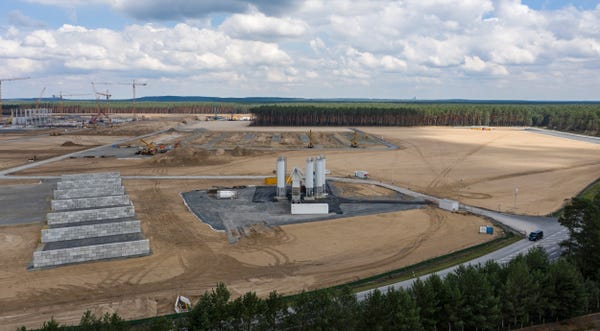 On its website, Tesla says it plans to plant an area three times the size of the factory, with potential to become an old growth forest. 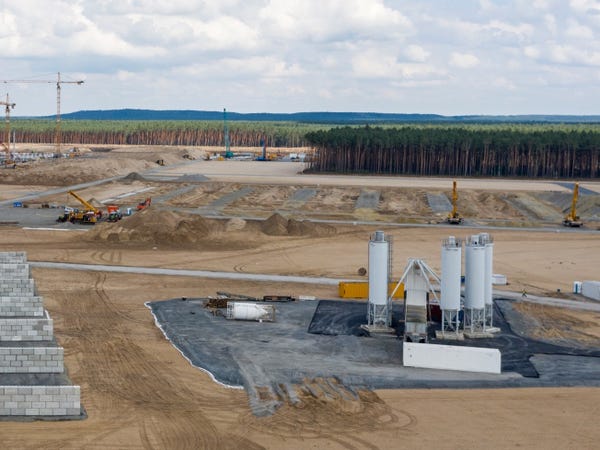 The company also says it is "working to ensure plenty of clean drinking water through water-saving measures in the factory." 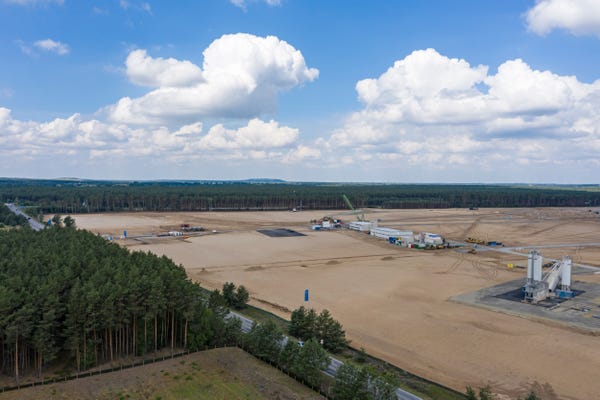 Less than a week after the complaint, a German court gave Tesla permission to continue. 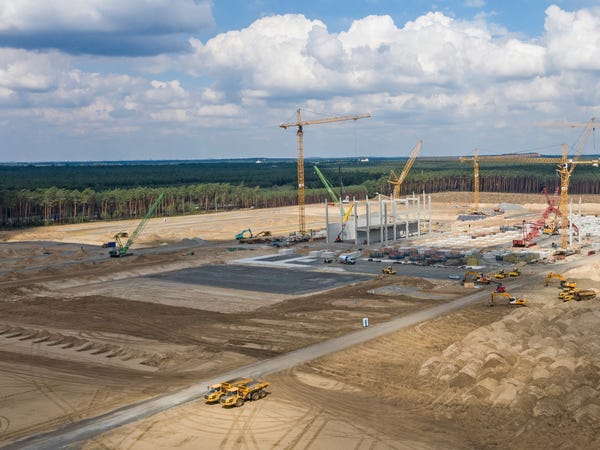 In March, Tesla, like most companies, faced coronavirus setbacks. It withdrew US employees because of the virus and travel bans. 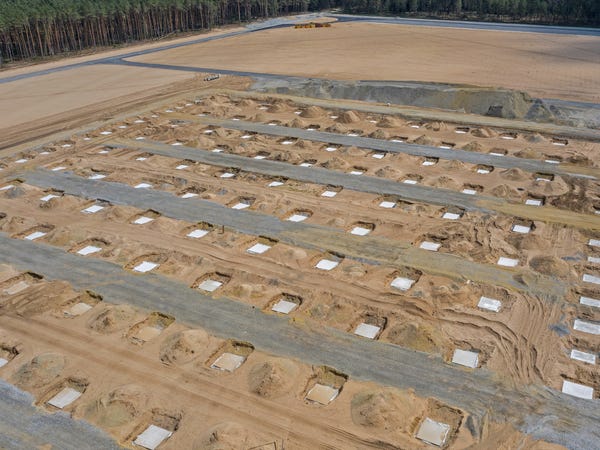 "We are absolutely continuing our Model Y capacity expansion at full speed at both Giga Berlin and Giga Shanghai, and here in Fremont when they will let us continue," Musk told analysts in April. 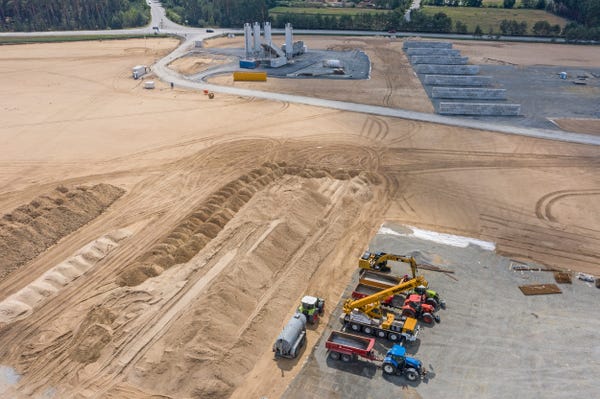 Based on new photos, Tesla is moving forward with construction on the site. 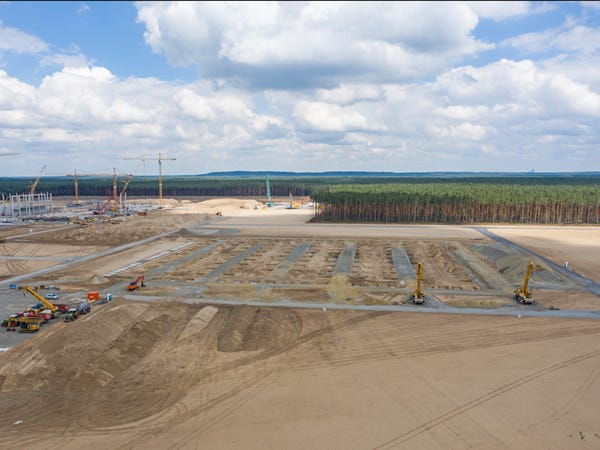 In May, Germany's economic minister said that he didn't expect any delays in the factory's timeline, despite COVID-19. 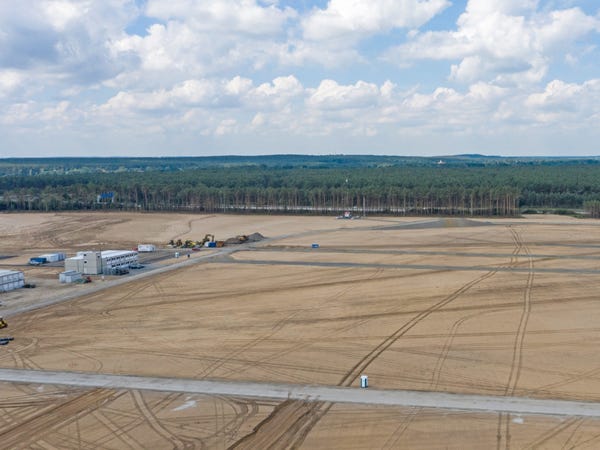 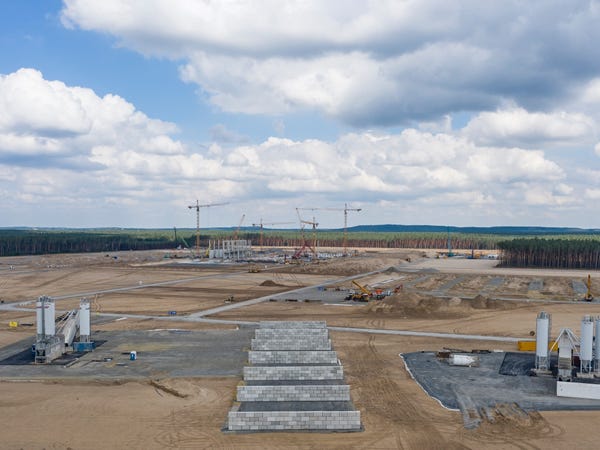 Production is still slated to begin in 2021. 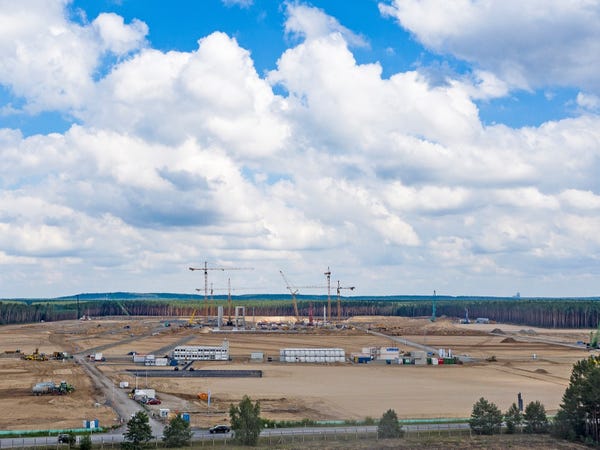 The factory is expected to produce not only the Model Y but also batteries and powertrains for electric vehicles. 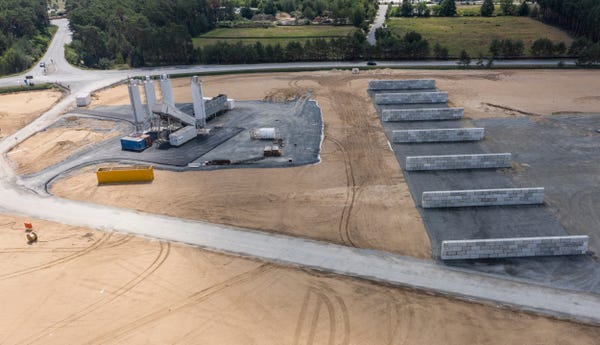 With construction moving along, Musk shared a rendering of the completed factory, with solar panels and and plenty of green space.