Telstra will face court and penalties of up to $50 million for selling more than 100 Indigenous consumers phone contracts they didn't understand they couldn't afford.

Australia's competition regulator has commenced federal court proceedings after the telco giant admitted it breached consumer laws for poor sales practices that took place in five Telstra stores in the Northern Territory, South Australia and Western Australia between 2016 and 2018. 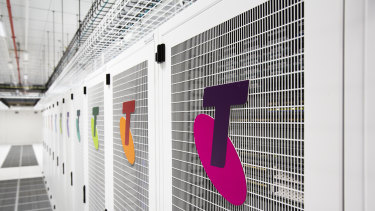 "Even though Telstra became increasingly aware of elements of the improper practices by sales staff at Telstra licensed stores over time, it failed to act quickly enough to stop it, and these practices continued and caused further, serious and avoidable financial hardship to Indigenous consumers," Mr Sims said.

Telstra chief executive Andy Penn apologised for the behaviour of his staff.

"I have spoken often about doing business responsibly including about these failings since earlier this year. I am determined we have a leadership position and hold ourselves accountable in this regard," Mr Penn said.

"While it was a small number of licensee stores that did not do the right thing, the impact on these vulnerable customers has been significant and this is not ok. We have taken steps to provide full refunds with interest, waived debts and allowed most customers to keep their devices to help make things right."