Telstra boss Andy Penn will retire after more than seven years at the helm, marking the end to a tenure that saw the telco giant dramatically cut costs, staff and grapple with the coronavirus pandemic.

The $46.2 billion telco giant announced its chief financial officer Vicki Brady as his successor, who will take over as the company prepares to implement its new strategy, known as T25. 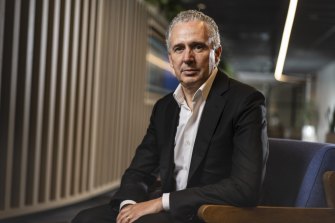 “In recent years, not only has Andy ensured the successful delivery of our T22 commitments, he has provided leadership at what has truly been an extraordinary time as we have navigated both as a company and a nation through the challenges of the pandemic,” Mr Mullen said.

Mr Penn joined Telstra in 2012 as chief financial officer and has been chief executive since 2015. He led the company through a period of radical change. Mr Penn’s T22 strategy cut 8000 jobs from the business and took out $3 billion in costs. His T22 strategy, announced last year, will include a further $500 million in cost cuts by 2025. 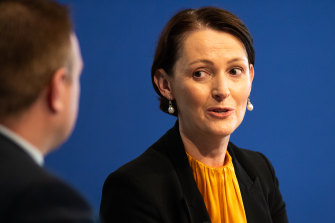 In the past 12 months, Mr Penn has overseen the sale of a $2.8 billion stake in Telstra’s tower business, the acquisition of South Pacific telco Digicel and a historic infrastructure deal with TPG Telecom, which will give the telco to more 4G and 5G spectrum holdings, which will help expand its fixed wireless services. Telstra is also finalising the acquisition of a 51 per cent stake in video aggregation company, Fetch TV.

Mr Penn has been publicly adamant that he had no plans to leave the company any time soon, but his retirement will not come as surprise to the broader telecommunications sector. The telco industry has been speculating about his exit from the company following the completion of his T22 strategy, given the length of his tenure. But the timing of his announcement – the day after the federal budget – has shocked some.

Ms Brady, who will commence her new role on September 1, joined Telstra in 2016 and has been the chief financial officer since 2019. Mr Mullen said Ms Brady, who will be based in Sydney, is an ideal candidate to take over.

“She has played a key leadership role in the development of Telstra’s T25 strategy and is well-placed to lead through the company through its next phase,” he said. Ms Brady’s annual fixed pay will be $2.39 million, excluding bonuses.