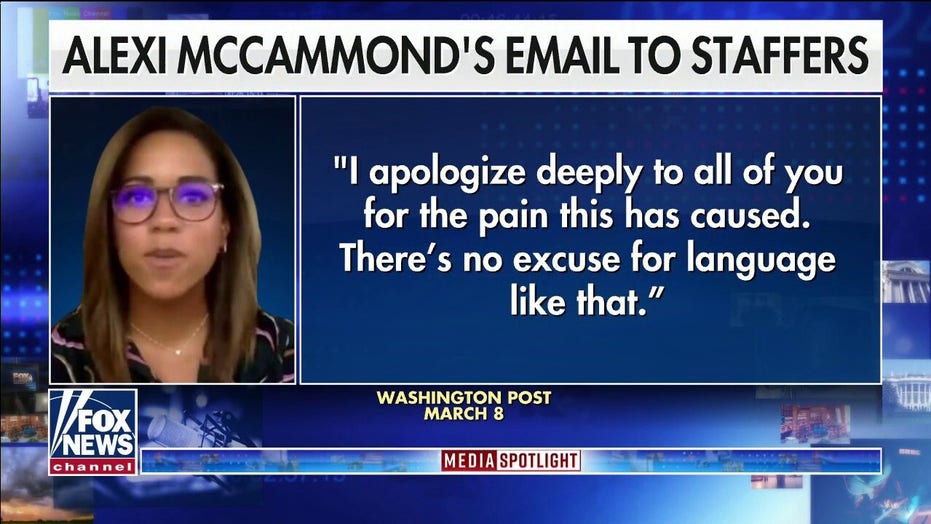 Over racist tweets from teenage years

Alexi McCammond’s tenure as editor-in-chief of Teen Vogue is over before it began.

She and the Condé-Nast-owned, far-left outlet have parted ways after an uproar over decade-old tweets, for which she previously apologized in 2019.

“I became a journalist to help lift up the stories and voices of our most vulnerable communities,” McCammond said in a statement. “As a young woman of color, that’s part of the reason I was so excited to lead the Teen Vogue team in its next chapter.

“My past tweets have overshadowed the work I’ve done to highlight the people and issues that I care about — issues that Teen Vogue has worked tirelessly to share with the world — and so Condé Nast and I have decided to part ways.”

McCammond said she would be “rooting” for the publication, whose staffers revolted following the announcement of her hiring over the tweets, which included hoping she didn’t wake up with “Asian” eyes and using the term “homo.” The 27-year-old Black journalist sent the offending remarks in 2011, when she was a teenager.

McCammond, who rose to fame as a reporter at Axios and an MSNBC contributor, previously addressed the tweets in 2019 after they came to light.

She continued to report for Axios through the 2020 election without public objection, but following the announcement of her hiring at Teen Vogue on March 5, more than 20 staffers objected in a letter to McCammond over her past tweets. She again apologized, but Ulta Beauty suspended a lucrative advertising campaign with the publication over the controversy.

“You’ve seen some offensive, idiotic tweets from when I was a teenager that perpetuated harmful and racist stereotypes about Asian Americans. I apologized for them years ago, but I want to be clear today: I apologize deeply to all of you for the pain this has caused,” she wrote in a note to Teen Vogue staff.

The Daily Beast reported McCammond also met one-on-one with concerned staffers this month, but she was unable to assuage enough of them.

“Do people still think ‘Cancel Culture’ doesn’t exist? Every time it feels like the peak, a new woke summit emerges from the clouds,” Krakauer wrote. “McCammond, who happens to be a Black woman, for what it’s worth, previously apologized for and deleted these tweets in 2019. She posted them when she was 17-years-old. But it’s not enough. It’s never enough.”

It’s been a dramatic year for the young journalist, who also saw her relationship with former Biden White House communications staffer T.J. Ducklo go public. McCammond continued to cover President Biden and Vice President Kamala Harris for Axios, in spite of disclosing her romance with Ducklo to the outlet.

Ducklo lost his job shortly after Biden took office, however, after he threatened a reporter for reporting on his relationship with McCammond.