Tabcorp’s Sky Racing has locked in exclusive rights to stream the Melbourne Cup carnival globally for the next two years under a partnership with Victoria Racing Club.

The deal means Sky will present the Melbourne Cup to 68 countries through international wagering partnerships with foreign hosts including The Hong Kong Jockey Club, Singapore Pools as well as through its US business Sky Racing World. Sky will manage the production and data delivery for the carnival to those partners. 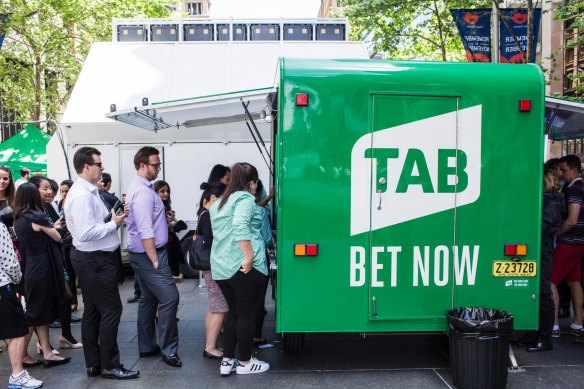 Tabcorp’s Sky Racing has locked in exclusive streaming rights to the Melbourne Cup for the next two years. Credit:Dominic Lorrimer

“Digital consumption of the Melbourne Cup carnival is increasing, and it’s through valued partnerships such as that between the Victorian Racing Club and Tabcorp that we can reach a wiser global audience,” Rosich said.

Tabcorp has been pushing a new digital strategy since its demerger with former cash cow The Lottery Corporation in May and is beginning to see results. Tabcorp’s latest numbers, released last week, show its digital market share grew from 23.9 per cent to 24.7 per cent in the September quarter ahead of the launch of its new app. It’s also sticking to its cost growth guidance of 3 per cent to 4 per cent on last financial year for fiscal 2023.

The group’s chairman, Bruce Akhurst, said Tabcorp had outperformed the market by more than 20 per cent since the demerger.

“The hero metric we have adopted to measure our performance in our core wagering business is
digital revenue market share.” he said. The group recently acquired a 20 per cent stake in social-betting platform Dabble following the $62 million sale of eBet.

The company launched its long-awaited wagering app during the final days of the September quarter. The app was launched in response to criticism Tabcorp had not done enough to protect its turf as punters embrace online betting and foreign bookmakers.

Tabcorp says it experienced its highest turnover in NSW history at the recent Everest horse racing carnival and – as official wagering partner – will be looking to outdo itself at Tuesday’s Melbourne Cup carnival.