WASHINGTON – The Supreme Court announced it will decide whether a lawsuit filed by three Muslim Americans who said the FBI unconstitutionally targeted them for surveillance because of their religion can proceed over the government’s objections.

Five years after the 2001 terrorist attacks, the FBI paid an informant to pose as a convert to Islam and gather information as part of a counterterrorism investigation in Southern California, according to court records. The plaintiffs alleged the surveillance violated the Constitution because, they said, it was based solely on their religion.

The government sought to dismiss the case by asserting the state secrets privilege. That privilege allows the government to withhold evidence, or sometimes successfully seek dismissal of lawsuits, when national security is at stake. But the San Francisco-based U.S. Court of Appeals for the 9th Circuit held that a court should review the information at issue before deciding whether the privilege applies.

It is the second case involving the state secrets privilege the court has taken this year, suggesting some of the justices may be looking to put a finer point on when the government may assert it. Arguments in the case are expected in the fall.

The high court agreed in April to decide a separate appeal from a Guantanamo Bay detainee who is battling with the federal government for information about his detention in a CIA “black site” following the 9/11 attacks. The same appeals court ordered that sensitive details in that suit must be segregated from other information that potentially could be used as evidence in the case. 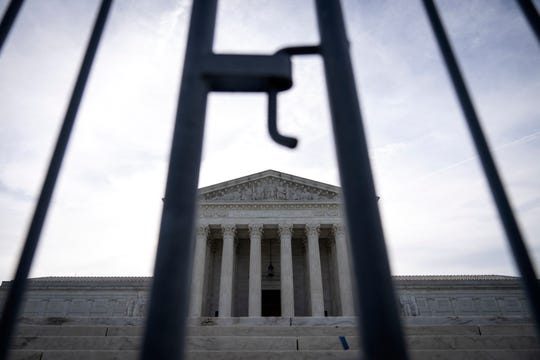 In the latest case, the 9th Circuit held that the district court should have reviewed the information in a nonpublic hearing, a process called for under the Foreign Intelligence Surveillance Act in some cases. The question before the Supreme Court is whether such a review should have taken place before the case was dismissed.

If the justices conclude that the review should have taken place, such a ruling could allow other plaintiffs to request similar reviews when the government asserts the state secrets privilege.