WASHINGTON – The Supreme Court agreed Monday to hear a case that could settle one aspect of when criminal defendants can sue police and prosecutors for civil rights violations.

New York City police pushed their way into Larry Thompson’s apartment in 2014 after receiving a 911 call alleging child abuse. When Thompson resisted their entry he was arrested and thrown in jail for two days. The 911 call was made by Thompson’s sister-in-law, who according to court documents, suffers from “cognitive delays.”

The allegation of child abuse turned out to be based on nothing more than a case of diaper rash on Thompson’s one-week-old daughter. Prosecutors dismissed the case a month later for what they said was “in the interest of justice” and Thompson filed a civil lawsuit claiming police had violated his Fourth Amendment rights in the encounter.

Under a 1994 Supreme Court case, a defendant who wants to sue police or prosecutors must demonstrate that they were affirmatively found innocent, such as through a trial or by having a conviction overturned. Because the charges were dismissed in Thompson’s case, the New York-based U.S. Court of Appeals for the 2nd Circuit found that there was no affirmative statement of his innocence.

Appeals courts have split on the meaning of the “favorable termination rule” set out in the high court’s 1994 decision.

The case will likely be argued in the fall.

The court declined Monday to hear a similar case that involves four defendants convicted of a 1997 murder in Fairbanks, Alaska. Years later, another man confessed to his involvement in the crime and prosecutors cut a deal with the original defendants tossing their original conviction. They sued the City of Fairbanks and the California-based U.S. Court of Appeals for the 9th Circuit ruled the settlement satisfied the requirement that they have proof of innocence. 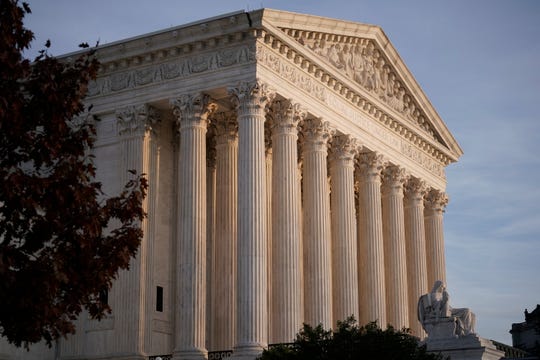