U.S. Supreme Court Justice Sonia Sotomayor temporarily blocked a judge’s order that would require federal prison officials to move hundreds of inmates out of an Ohio facility where nine people have died from the coronavirus.

Acting Thursday on a Trump administration request, Sotomayor stopped the transfers while the matter goes before a federal appeals court that will hear arguments Friday. She gave no explanation in her one-sentence order.

The administration said it would have had to start transferring inmates from the Elkton Federal Correctional Institution on Friday, when 128 prisoners finish a two-week quarantine. The administration asked the Supreme Court to revisit the dispute after the justicesrefused to intervene last week.

The Elkton prison has become a hot spot for Covid-19. More than 570 inmates have tested positive, though the Trump administration says the outbreak has subsided dramatically in recent weeks. The low-security facility in western Ohio houses more than 2,300 prisoners in dormitory-style units that make social distancing difficult.

After four prisoners sued, U.S. District Judge James Gwin ordered the prison to prepare to move about 840 vulnerable inmates who either are over 65 or have health conditions that make them vulnerable if they contract Covid-19. Gwin told officials to consider compassionate release, home confinement or transfer to a different prison.

Gwin’s April 22 order was the subject of the administration’s first request to the Supreme Court. In rejecting that bid, the court left open the possibility of intervention later, and pointed to a follow-up order the judge issued May 19.

Gwin issued the second order because of what he said were the prison’s “limited efforts” to reduce the Covid-19 risks and “poor progress” in moving inmates. The May 19 order requires the Bureau of Prisons to provide an individualized explanation for each inmate who isn’t granted home confinement, compassionate release or transfer to another facility.

U.S. Solicitor General Noel Francisco told the high court that the Bureau of Prisons is trying to focus its resources on minimizing transmission within each institution.

“The wide-scale inmate transfers ordered by the district court as a means to combat the Covid-19 pandemic are highly disruptive of sound prison administration, and would be all the more so if other courts imposed similar orders,” Francisco argued.

Lawyers for the suing inmates said prison administrators “only dug in their heels” after the first order, categorically barring groups of prisoners from even being considered for home confinement and giving minimal explanations as to why inmates weren’t given compassionate release.

The inmates “face a severe risk of contracting Covid and dying, in a facility where fully one-quarter of inmates have already been infected, and they cannot possibly protect themselves from community contagion,” the prisoners’ legal team at the American Civil Liberties Union argued. 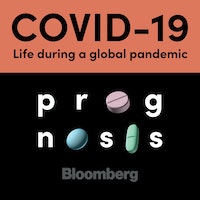