STUNNING images of a hurricane seen from space has been captured by a Nasa astronaut.

Chris Cassidy snapped the photos of Hurricane Genevieve while onboard the International Space Station.

Genevieve has since weakened into a tropical storm.

"Large [ocean] swells generated by Genevieve will affect portions of the west-central coast of Mexico and the coast of the southern Baja California peninsula through Friday." 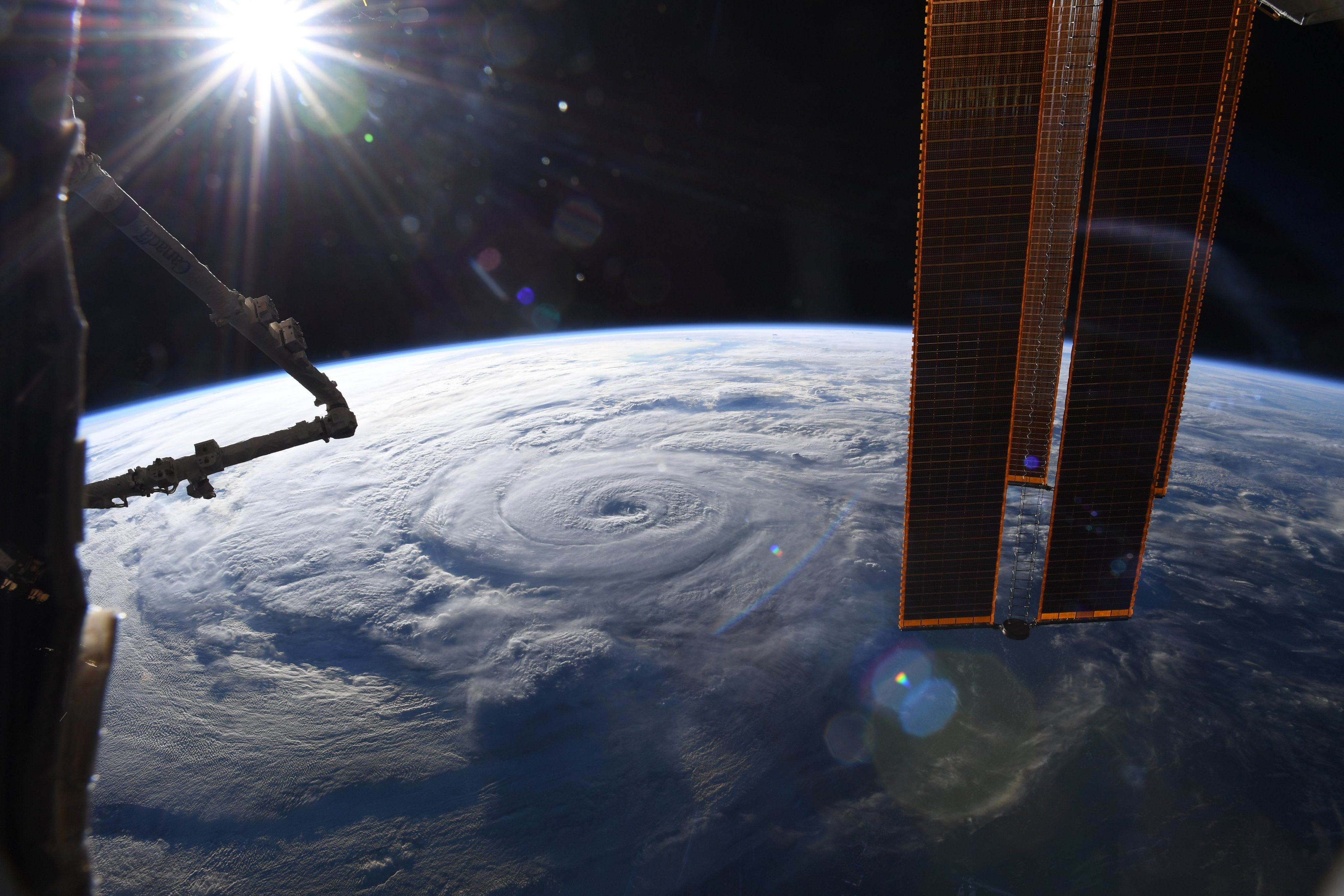 They show the eye of the storm and parts of the ISS in the foreground.

The sheer size of the storm is put into context in the photos as it spreads across most of what is visible of the Earth.

"The photos revealed a clear eye surrounded by a ring of powerful thunderstorms. At the time of the photo Genevieve’s tropical-storm force winds extended out 280 miles.

Here's what you need to know about the International Space Station…

In other space news, an incredible image of an avalanche on Mars catapulting dust across the planet's surface has been shared online by Nasa.

Life on Earth was almost wiped out when a distant star exploded nearly 360millions years ago, according to a new study.

Are you impressed with these photos? Let us know in the comments…