A tiny West Australian mining company has been caught up in the investing craze surrounding US company GameStop thanks to its ASX code matching that of the American video game retailer.

GME Resources, which is listed on the local bourse with a market capitalisation of just $40 million, is a mining company focused on nickel and cobalt extraction. On Thursday, its shares soared more than 50 per cent to 12 cents, their highest level since 2018, with volumes of nearly $7 million. 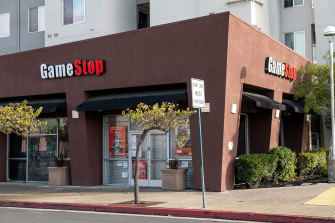 A local company that shares an ASX ticker with US retailer Gamestop has seen its shares surge 50 per cent.Credit:Bloomberg

However, the skyrocketing price had nothing to do with the business’ quarterly update released last Friday nor the rising price of nickel. Instead, local participants of share trading groups on Reddit and Facebook had bought the stock as a joke due to its ticker’s similarity to popular US stock GameStop.

Shares in the overseas video game retailers have rocketed over 1500 per cent in the past month to nearly $US350 ($457) thanks to day traders on the Reddit forum Wallstreetbets continuing to promote the stock and other heavily short-sold companies in perceived revenge against major US hedge funds.

This enthusiasm has penetrated investing groups in Australia, with traders on local Reddit forum ASXBets showing off apparent purchases of thousands of shares in the locally listed GME.

Peter Sullivan, GME’s managing director, told The Age and The Sydney Morning Herald he was stunned after waking up to see the company’s share price up over 50 per cent.

“When I opened my share tracking app and saw it was at 9.4 cents, I was stunned,” he said. “It just went bang, and I thought, ‘well, what’s going on here’? Is there something about my own company that I don’t know?”

Mr Sullivan, who has been with GME for more than 15 years and has never set foot in a GameStop store, said company management immediately began to message each other to determine the reason for the spike.

“There were emails and text messages from people flying around, and eventually my brother’s son, who works in Sydney, told us it was about speculation to do with the ticker GME,” he said.

“ I was hoping to be able to say it was more to do with our world-class nickel projects.” 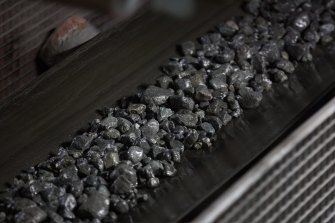 GME’s racing share price had nothing to do with the high price of nickel.Credit:Andrey Rudakov

GME’s shares have since settled to 9.1 cents, however the stock is still trading 20 per cent higher. Mr Sullivan expects the company may receive a ‘please explain’ from the ASX, but says he “couldn’t be unhappy” about the unexpected interest in his company.

GME is majority-owned by international fund manager ICM, and Mr Sullivan and his brother Peter are also significant shareholders, each owning about 6 per cent of the business.

The chief executive said the rise was an example of the power of numbers and is hoping the renewed interest might lead to a higher share price for the business even after the GameStop-fuelled attention.

“What goes up comes down usually, if there’s nothing to substantiate it,” he said.

“It may mean we find a new level anyway based on our nickel assets, which is what I’d like to be talking about.”