House Speaker Nancy Pelosi claimed the Jan. 6 Capitol insurrectionists would have “had a battle on their hands” if they encountered her — declaring she is a “street fighter.”

“That’s what they were setting out to do,” Pelosi (D-Calif.) told USA Today, acknowledging that rioters had intended to reach herself and other prominent targets, such as Vice President Mike Pence.

If they had, she continued, “Well, I’m pretty tough. I’m a street fighter. They would have had a battle on their hands.”

Members of Congress were forced to evacuate in gas masks after a violent mob of supporters of President Donald Trump overpowered Capitol Police and breached the building. 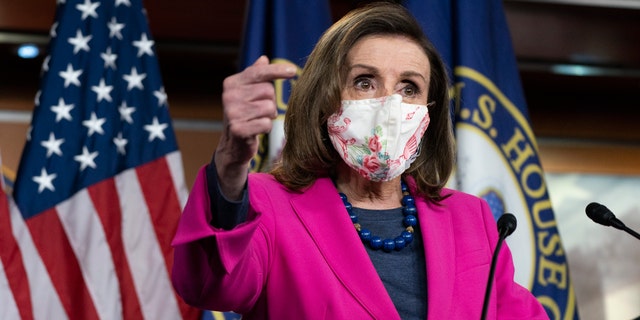 Pence, in his capacity as vice president, and thus president of the Senate, was presiding over proceedings to certify President-elect Joe Biden’s electoral win at the time.

Richard “Bigo” Barnett, one of the alleged rioters, went viral for photos of him with his feet up on a desk in Pelosi’s office. The suspect, according to prosecutors, was carrying a stun gun.

Rioters also created a makeshift noose and table outside the Capitol and shouted “Hang Mike Pence” as they stormed the complex.

Pence, Pelosi and other congressional leaders were all evacuated within moments of the building being breached.

The chaos resulted in five deaths, including that of Capitol Police Officer Brian Sicknick.