In a year of two "remarkably different halves," Vicinity reported a "solid" first half result before the pandemic struck, forcing 58 per cent of tenants in its malls to close at the peak of the virus’ impact in April.

Vicinity, which owns 60 centres across Australia including a share in the country’s largest shopping centre, Chadstone, said funds from operations (FFO) – a key industry measure of profitability – slumped to $520 million, down a quarter on the previous year. 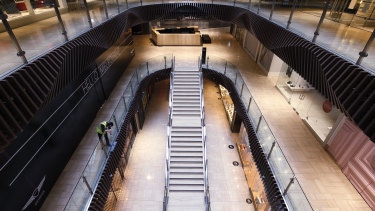 The fall in FFO included anticipated rental waivers for tenants and were partly offset by cost savings in response to the pandemic.

The pandemic’s negative effects saw the landlord slash the value of its shopping centre portfolio by 11.4 per cent, wiping off $1.8 billion across the six months to June.

The large-scale closure of stores in Vicinity’s flagship centres resulted in it waiving $109 million in rent from tenants and making provisions for further credit losses of $60 million.

"FY20 was an extraordinary year. In the first half, we achieved solid financial and operating performance and continued to strengthen the quality of the portfolio," chief executive and managing director Grant Kelley said.

"The majority of the second half was significantly impacted by the effects of COVID-19 on our business and our industry."

The continued lockdown in Victoria is affecting nearly half of Vicinity’s assets and earnings.