Boral chief executive Zlatko Todorcevski was never Kerry or Ryan Stokes’ man. Stokes’ Seven Group inherited him when it bought the lion’s share of the building and construction company last year. That made Todorcevski vulnerable but the company’s underperformance left him particularly exposed to being churned out of the job.

The announcement that he is being replaced is thus not startling – it’s his replacement that could raise hackles and eyebrows. 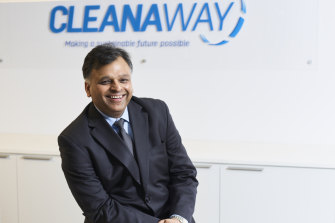 Former Cleanaway chief executive Vik Bansal was the focus of at least four whistleblower complaints that alleged he created a culture of bullying and harassment. Ryan Stokes says Bansal has grown.

For most public companies Bansal would pose a risk of being cultural kryptonite but not for the Stokes-controlled Boral. Bansal would be on the ‘if-only’ wish list for most boards.

Kerry Stokes was content to ignore the niceties and the troubled governance history to get the best performer. Indeed, Bansal’s toughness in getting things done is part of what Stokes and his son, Boral chairman Ryan Stokes, undoubtedly see as a serious attribute.

And Kerry Stokes has shown on several occasions he is not about sentimentality nor concerned with optics.

He famously pushed back a tide of public criticism when he chose to retain former Seven West boss Tim Worner who had been party to a very public scandalous affair with a staffer, Amber Harrison. Worner’s strong performance shielded him from career ramifications but the Stokes’ support ran out when the financial tide later turned at Seven West and Worner resigned with “immediate effect”.

Bansal’s operational performance outcomes made him a shareholder favourite at Cleanaway where news of his departure last year led to an 8.5 per cent slump in its share price. 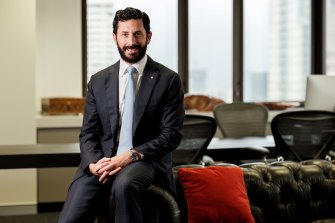 And Boral share price’s 15 per cent jump on the back of his appointment is pretty clear proof of investors’ views that he gets results. (For Stokes’ Seven Group this is a gain in the paper value of his Boral stake of about $340 million in one morning.)

Bansal oversaw “the transformation of that company (Cleanaway) while embedding (a) strong financial and operational discipline, improving safety, and prioritising customer service while developing a network of prized infrastructure” according to Boral’s statement.

He also oversaw a 300 per cent increase in Cleanaway’s share price during his five years in the role.

Clearly, he is a financial results-driven chief executive, unafraid about making tough decisions.

Todorcevski has already overseen two Boral profit downgrades this year – primarily on the back of issues outside his control. It has been hit with supply chain disruptions (the same as all companies have experienced), rising raw materials costs and excess rainfall and floods that have affected operations.

But Ryan Stokes, who admitted he was “disappointed” with the company’s performance told The Age and The Sydney Morning Herald there were aspects of the company that required a more dynamic management response – “there were areas where we could have changed and been more proactive”.

Stokes is now hoping that despite a shaky start under Seven’s ownership, Boral will unleash its “transformation potential (which) will be delivered and accelerated”.

Stokes said Todorcevski did not see himself as a long-term chief executive but one who would execute the transformation. The first phase of this program was selling a number of US businesses and the second part was extracting a better return from the Australian assets.

It’s the second element (arguably the much more difficult part) that Bansal will need to complete and it will include further cost-cutting.

Indeed, the departure of Todorcevski is the most recent in a stream of executive departures. The company’s chief financial officer, Tino La Spina, left last month and more recently the company secretary, the chief operating officer and the executive general manager of recycling have all departed.

Ryan Stokes said Boral did its due diligence in relation to the allegations made about Bansal during his time at Cleanaway including speaking to “experienced business leaders that had worked with him”. He said Bansal had learned from and grown through his experience.