The state pension increased by 3.9 percent earlier this year, with the rise tied to the wage growth aspect of the triple lock. Following the coronavirus pandemic, there’s been speculation as to whether Chancellor of the Exchequer Rishi Sunak would cut the mechanism.

Those who have a protected payment will see an increase each year in line with the CPI.

However, some people will not see a boost to their state pension payments come April 2021.

This is because the rises cannot be enjoyed by UK state pension recipients living in certain countries overseas. 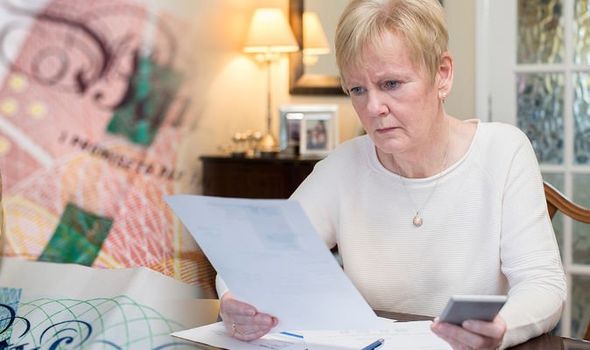 The GOV.UK website states: “Your State Pension will increase each year but only if you live in:

Certain countries that have a social security agreement with the UK.”

It adds that a person cannot get increases in Canada or New Zealand.

Those who live outside of these countries will not get yearly increases.

“Your pension will go up to the current rate if you return to live in the UK,” guidance explains.

Amid the UK’s departure from the European Union (EU), earlier this year, it was confirmed UK nationals living in an EEA state of Switzerland by December 31, 2020 are covered by the Withdrawal Agreement.

Addressing these people, the DWP document states: “You will get your UK state pension uprated every year for as long as you continue to live there.

“This will happen even if you start claiming your pension on or after January 1 2021, as long as you meet the qualifying conditions.”

However, those who move to EU countries after 2020 may not be eligible for the increases.

The document explained: “If you are not covered by the Withdrawal Agreement and you move to live in an EEA state or Switzerland from January 1 2021, the rules on entitlement to UK benefits in these countries will depend on the outcome of negotiations with the EU and may change.”

Concerns over the future of the triple lock following the coronavirus pandemic is a matter which Steven Cameron, Pensions Director at Aegon, has spoken about.

“A 2.5 percent increase next April would cost the Government almost £2.5billion, not just in the coming tax year but in all future years,” he explained.

“And if the earnings component is kept as is, there’s a high chance of a record increase in state pensions the following year with an even greater price tag.

“This raises major issues around how to share the cost of repairing the nation’s finances across generations.

“While cutting back on the state pension triple lock would save billions, it would be highly unpopular with state pensioners.

“The Chancellor might decide to swallow the cost of a 2.5 percent increase in 2021 but may need to change the way earnings increases are reflected, either suspending this component or temporarily averaging out earnings increases over two or more years until they stabilise.”

A person can check to see how much they will get in terms of their state pension online.

It can be done via GOV.UK’s “Check you State Pension forecast” service.

However, if a person is already getting their state pension, or they’ve delayed (deferred) claiming it, they can’t use the tool.

Those who have more than 30 days to go until they reach their state pension age can get a pension forecast by filling in the BR19 application form and then sending this in the post.