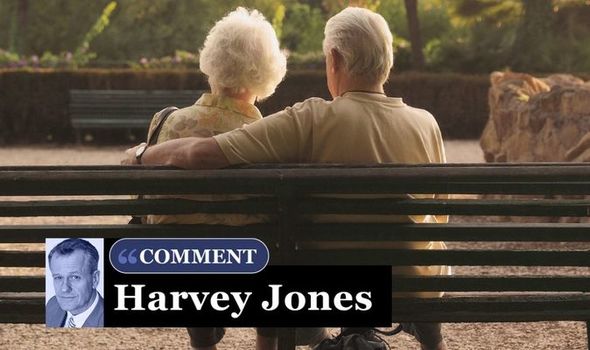 State Pension age could be reviewed due to pandemic says expert

For decades, our life expectancy has been rising. Everybody expected that trend to continue, but now it has gone into reverse. This has massive implications for when we are all supposed to retire. State Pension hikes must be reviewed and even reversed.

Average life expectancy at birth fell by 7.8 weeks in England and 11 weeks in Scotland between 2018 and 2020, new official figures show.

This is the first full recorded since the Office for National Statistics started collecting data in the 1980s.

Covid was partly to blame. Yet even before the pandemic, there were signs that life expectancy growth was slowing and possibly going into reverse, in part due to today’s unhealthy lifestyles.

Millions now struggle to soldier on to the State Pension age of 66, despite major health problems. The idea that we can happily carry on working to 68 or 70 looks fanciful.

Yet that is where the State Pension is taking us.

In some parts of the country, life expectancy falls are dramatic and shocking.

Men born in the North East have seen a staggering 16.7 week fall in average life expectancy. There were also above average falls in the West Midlands of 9.9 weeks, and in Yorkshire and the Humber of 8.8 weeks.

Tom Selby, head of retirement policy at AJ Bell, said there is only one conclusion to draw. “These significant reductions in average life expectancy will inevitably heap pressure on the Government to rethink the planned hike in the State Pension age from 66 to 67 in 2028.”

He’s right. It will prove increasingly difficult for politicians to justify making us all work longer, when so many of us now die so early.

Becky O’Connor, head of pensions & savings at Interactive Investor, is also calling for a rethink. “If life spans stay the same or decline further, there can be no justification for continuing to increase pension entitlement ages,” she said.

Otherwise, O’Connor said we are all kissing goodbye to retirement as a concept.

“A man retiring at 67 who dies at 79 would have only 12 years of retirement after a life of hard work. This compares poorly with the 20-plus years enjoyed by previous generations.”

This also strengthens arguments in favour of allowing people to claim the State Pension as early as 63.

Some people, including those in manual or stressful jobs, simply aren’t going to be able to work on as long as others. Those on lower incomes typically have it harder too, healthwise.

It’s a cruel fact, but one the State Pension age completely ignores. Healthy, often better-off people with higher life expectancy may end up claiming their pension for decades, while those at the sharp end of society may only get a few years, if they live long enough to claim it at all.

That’s a poor return for a lifetime of working and making National Insurance contributions.

Lowering the State Pension age wouldn’t necessarily have to cost the Treasury more money, as people who took their pension early could get it at a reduced rate. Flexibility on the score is urgently required.

Make no mistake, money is at the bottom of all of this.

The State Pension age has been increased to save money. Rising life expectancy was the excuse. Today’s figures show that no longer washes.