Price on Thursday faced tough questioning by AP reporter Matt Lee, who repeatedly asked for evidence to back the revelation that the U.S. now suspects Russia might release an elaborate propaganda video on Ukraine. 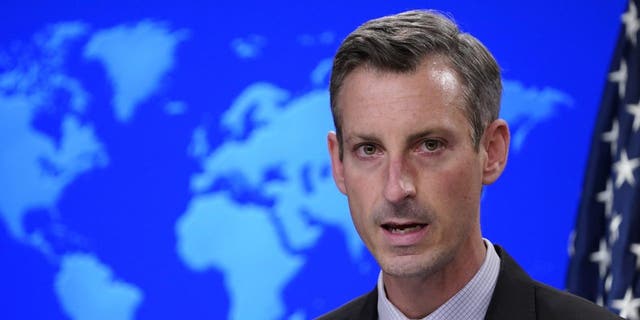 U.S. officials said the video could include graphic images, crisis actors and even corpses to fabricate justification to invade the former Soviet nation.

But the news prompted Lee to equate the shared “intelligence” as something relating to “Alex Jones territory.”

Price refused to say whether such a video has already been created nor could he offer any tangible evidence that he would share from the podium.

“This is derived from intelligence – intelligence in which we have confidence,” the spokesman said before being interrupted by Lee.

“The same confidence you had with WMDs in Iraq?” he questioned alluding to “intelligence” that has since been debunked but was provided by the U.S. government to the American public in justification for the 2003 invasion in Iraq. 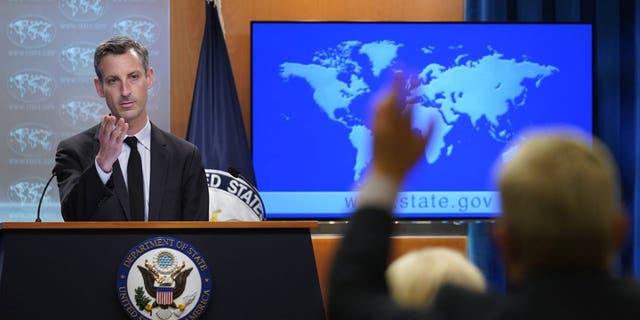 But Principal Deputy Spokesperson Jalina Porter took a different tack with reporters’ questions and refused to give any detailed responses – despite the tumultuous geopolitical realities facing the U.S.

Russian President Vladimir Putin and Chinese President Xi Jinping – two of the U.S.’s greatest adversaries – released a joint statement Friday proclaiming there are “no limits” to their partnership.

The statement marked one of the most definitive agreements yet issued by the two superpowers in their resolve to work together against the U.S. and its western allies.

But when questioned about the U.S. response to the announcement Porter said, “I won’t be able to touch specifically on the agreement between Russia and China.”

Price said Thursday that a Russia-China alliance will not succeed in backfilling the Kremlin’s economic needs should the U.S. and NATO slap it with steep sanctions.

But when pressed about U.S. concerns following the latest announcement Porter simply said, “I don’t have much else to offer besides what spokesperson Price has already touched on.”

In answer to Fox News Digital’s questions on why Price was absent from the day’s presser, a State Department spokesperson said, “Friday’s Department Press Briefings are conducted telephonically, and are almost always hosted by Principal Deputy Spokesperson Jalina Porter.”

While it is true Porter has hosted the majority of Friday press conferences – holding at least 16 since the Biden administration took over – it is also not uncommon for Price to hold the tele-briefings as he has conducted at least 11 over the last year.