The details of the scheme were finally revealed as part of the Mr Sunak’s Summer Economic Update this afternoon, in which he also announced a reduction in VAT to five percent for the hospitality and tourism sectors, the Kickstart job scheme for people aged between 16 and 24 and a £2billion scheme to provide homeowners with vouchers towards ‘green’ home improvements. But it was the stamp duty holiday that anxious home movers, as well as the property and financial services sectors, were waiting for.

The decision to provide a temporary tax break on property purchases stems from recent data which evidenced that residential transaction completions in April and May were the lowest since records began.

Given the significant discretionary spending that a home move creates on items such as white goods, furniture, carpets, curtains and DIY materials, together with more significant amounts spent on building work and improvements, stimulating the property market as quickly as possible in order benefit the wider economy has been deemed a priority.

This was one of the main reasons that estate agents were amongst the first businesses to re-open in May as lockdown measures were eased.

Although first time buyers currently qualify for an automatic exemption of stamp duty on purchases up to £300,000 anyone who wants to take advantage of the scheme cannot have owned a property previously.

Mr Sunak’s stamp payment holiday scheme will apply to those who already own a property and want to move up the ladder to do so, with the anticipated by-product being an increase in consumer spending. 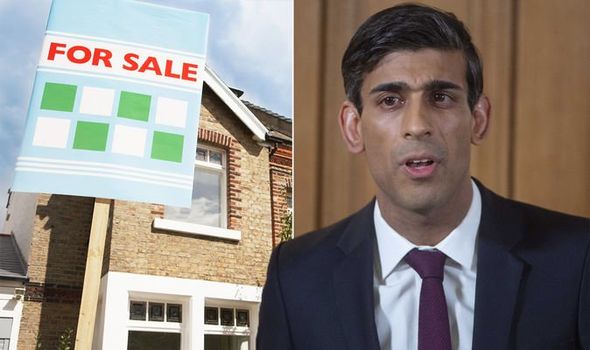 From the wording of the policy change released directly after Mr Sunak’s announcement, it appears that landlords and those wishing to purchase a second home or holiday home will also benefit.

But how will it work in practice?

On the average UK property value of £237,616 buyers won’t have to pay any tax at all during the stamp duty holiday scheme as this falls well below the £500,000 exemption. This represents a saving of £2,252.

On a property purchased at £500,000 no stamp duty will be payable either, providing the buyer with a maximum saving of £15,000.

On higher value purchases, the exemption amount is offset against the total stamp duty liability. For example, if a property is being purchased for £750,000 the normal stamp duty bill would be £27,500.

However, under the stamp duty holiday scheme the buyer will pay £12,500 instead, as the exemption on the first £500,000 of the value of the property provides a reduction of £15,000 on the tax payable.

For those purchasing an investment property or second home, the guidelines issued this afternoon indicate that buyers will benefit from a total exemption on the first £500,000 of their purchase, with the additional three percent second home surcharge on top of any additional tax liability for purchases of over half a million pounds.

But why cap the exemption amount at £500,000? Simply put, at this level it will provide over 80 percent of home buyers in England with a complete exemption on their stamp duty during the holiday period.

According to figures from property search portal Rightmove, in 2019 residential properties valued at under £500,000 accounted for 86 per cent of all sales. 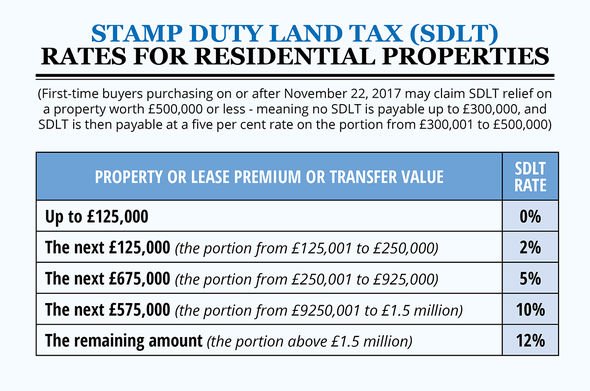 With the total number of homes sold in England last year standing at 989,750, it’s easy to see why hundreds of thousands of would-be home movers will be celebrating today.

Since the idea of temporary stamp duty reform was mooted in the press over the weekend, the timing of its implementation has created alarm for both consumers and the property industry alike.

There were fears that an announcement today but a delay in rolling out the initiative until the Autumn could have led the resurgent property market to grind to a halt.

As Jeremy Leaf, former RICS residential chairman explained: “The stamp duty holiday has been well trailed but is welcome not the less. The most pleasing aspect is that it is due to start immediately because if it had been delayed it would have had a negative impact on the market until it was introduced.”

Positive reactions from around the property industry have been swift following the announcement.

Mark Hayward, Chief Executive of industry body NAEA Propertymark said: “We welcome the Chancellor’s announcement this afternoon that he will be raising the threshold at which buyers will pay stamp duty to £500,000. We are glad that the government have listened to our calls to help sustain the property market following lockdown.”

Director of London estate agents Benham and Reeves, Marc von Grundherr observed: “There’s no denying that this should bring about a monumental boost for homebuyers going forward.  “However, some may also argue that it’s not before time. Stamp duty is simply an additional financial barrier when buying and one that does little more than filling the government’s pockets.”

Meanwhile Peter Ambrose, Managing Director of property lawyers The Partnership agreed, suggesting: “This bold move provides the much-needed ‘rocket fuel’ for the property market to get back on its feet, and provides home movers across the country with a significant windfall at the time they need it most.

“Extending this tax holiday all the way until March is particularly impressive and is a brilliant way to stimulate the economy, all the way into 2021.”

As for Mr Sunak’s performance today, given that he only stepped into his new role in early March due to an unexpected promotion and since then has been faced with the deepest recession in generations, it’s easy to see why his popularity in the polls is now reaching sky-high proportions.

For estate agents, property lawyers and mortgage brokers up and down the country, as of this afternoon possibly the busiest six months in living memory beckons. Although it’s highly unlikely you’ll hear many complaints.