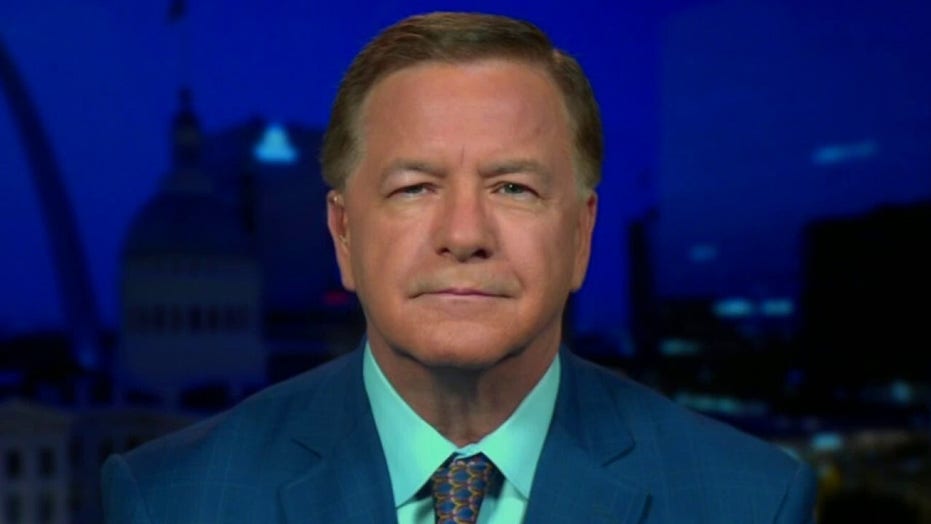 St. Louis homeowner Mark McCloskey, who was charged with unlawful use of a weapon after he brandished a firearm at protesters in his neighborhood last month, told "Hannity" Thursday that police "have video of people in the crowd in front of my house armed with guns."

"The interesting thing is that the media is reporting this as a peaceful protest," McCloskey told host Sean Hannity, "and everybody keeps playing the same 32-second clip, or a little tiny bits of a 32 second clip, of an event that went on for 12 or 15 minutes.

"Later that same night," he added, "that same crowd out in front of Mayor [Lyda Krewson's] house, one of them produced an AK-47 and actually challenged a Channel 5 reporter. And she and her armed guard had to flee. That's how peaceful that protest was."

McCloskey and his wife Patricia, who was also charged, have filed a motion to disqualify St. Louis Circuit Attorney Kim Gardner and her office from pursuing her case against them after statements about the case appeared in Gardner's reelection campaign literature.

The couple, both attorneys, displayed weapons on the night of June 28 as Black Lives Matter activists walked through their community en route to Krewson's home.

"It has come out that the police were aware and have video of people in the crowd in front of my house armed with guns," McCloskey said.

"Did you see the guns at that time?" Hannity asked.

"We saw the weapons at the time … " McCloskey confirmed. "One fellow in particular pulled out two loaded magazines and showed me them so I could see the shells in the magazines, clicked them together and said, 'You're next.'"