PETER PARKER could be swinging his way into Fortnite soon, according to a prominent leaker.

Marvel superheroes are no stranger Fortnite, and Spidey villain Carnage has already debuted amongst the Season 8 skins. 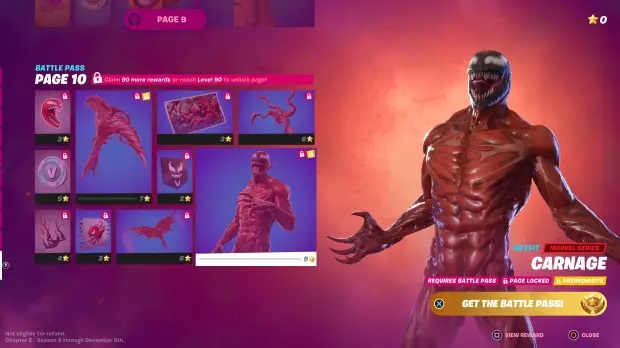 And now it looks like we'll be getting Spider-Man added to the game, alongside his web-slinging abilities.

Fortnite leaker Hypex tweeted that there's a "huge possibility" that a Spider-Man x Fortnite collaboration is on the cards.

Datamining has revealed an item with the codename 'WestSausage'.

Hypex says it "could mean Web Slinger" which seems a bit of a reach on its own.

But they follow up by highlighting attached strings of text that suggest that the mysterious sausage reference has swinging mechanics.

Hypex had more titbits to add in a second tweet, giving more context to the swinging mechanics.

Players will reportedly be able to attach to vehicles, which will allow them to slide behind as they're being pulled along.

It'll also be possible to "accelerate when detaching then jumping", which is giving us strong Spider-Man vibes, rather than a very nimble sausage.

The Venom and Tom Hardy skins were introduced last month in anticipation of Venom: Let There Be Carnage.

Epic hasn't made an announcement so nothing is confirmed yet.

But given Hypex's track record, previous Fortnite collabs, and the soon-to-be-released film, you can probably allow yourself to get a bit excited.

Boost your chances of getting a PS5 and Xbox Series X for Christmas – here’s how.