A SPACEX rocket tank has exploded at a site in Texas as part of a pressure test carried out by the US space exploration firm.

Footage of the stainless steel rocket part captured Thursday shows a white substance pouring from its hull before it's destroyed on purpose.

Such tests are necessary to find out how much pressure a tank can take before it reaches breaking point.

Video of the experiment was filmed by NasaSpaceFlight at SpaceX's Starship facility near Boca Chica in South Texas.

Thursday's test involved a single tank but the final spacecraft will look a lot more like a traditional rocket, sporting a cone-shaped nose. 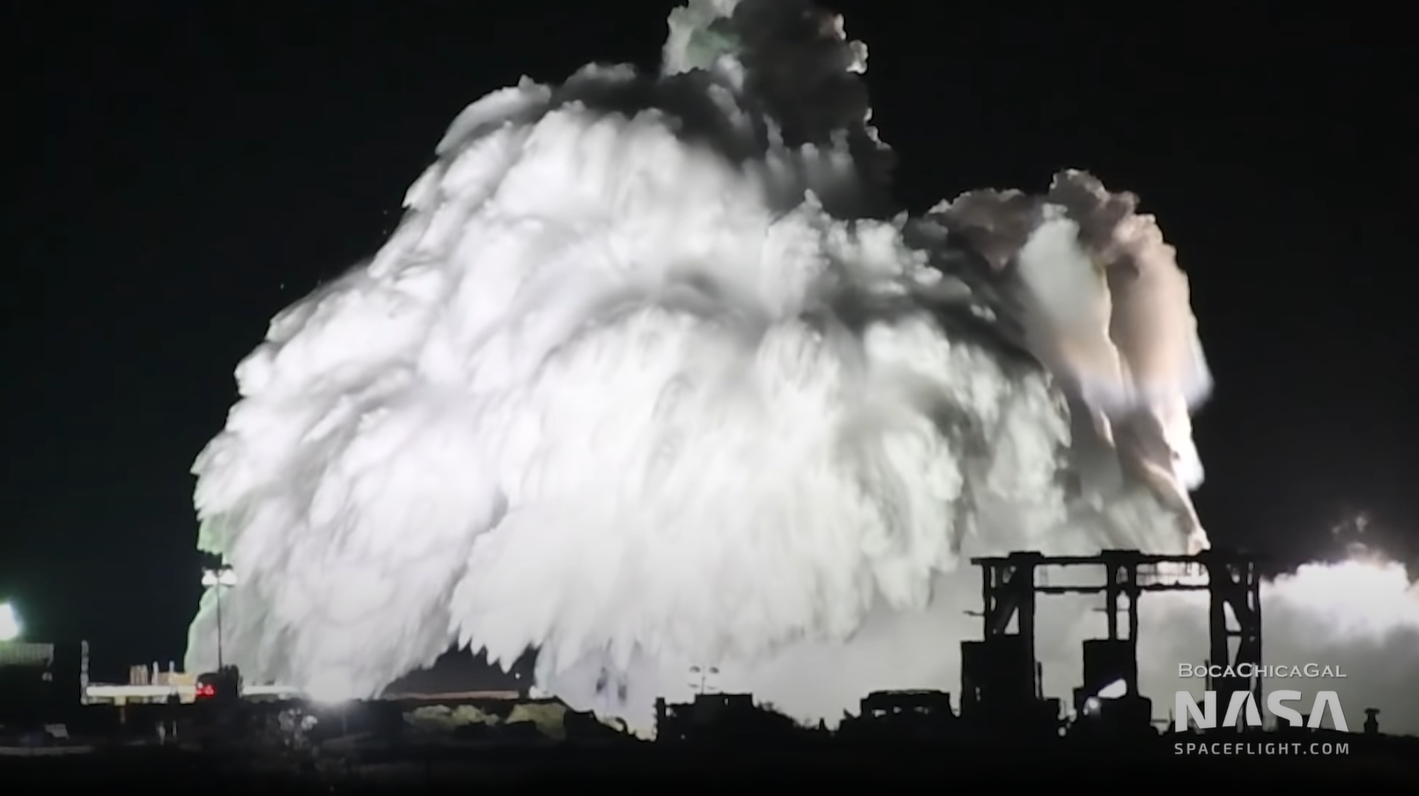 Billionaire SpaceX boss Elon Musk hopes to send a million people to Mars in his lifetime using a 1,000-strong fleet of the powerful rockets.

SpaceX has completed numerous pressure tests of the spacecraft in recent months.

Such trials help engineers design future versions of Starship. The one blown apart was its seventh prototype, dubbed SN7.

The demise of SN7 paves the way for SN8, which unlike its predecessors will fly under three Raptor engines, rather than one.

SpaceX hopes to fly the contraption 12 miles (20km) into the air – higher than any prototype before it.

Propelled by a prototype Raptor engine, the rocket part was propelled 500 feet (152 metres) into the air before successfully landing again.

The California company is still in the early stages of Starship's development, but engineers have been working on the rocket for years.

The machine promises to be the world's most powerful spacecraft if SpaceX ever gets the full version off the ground. 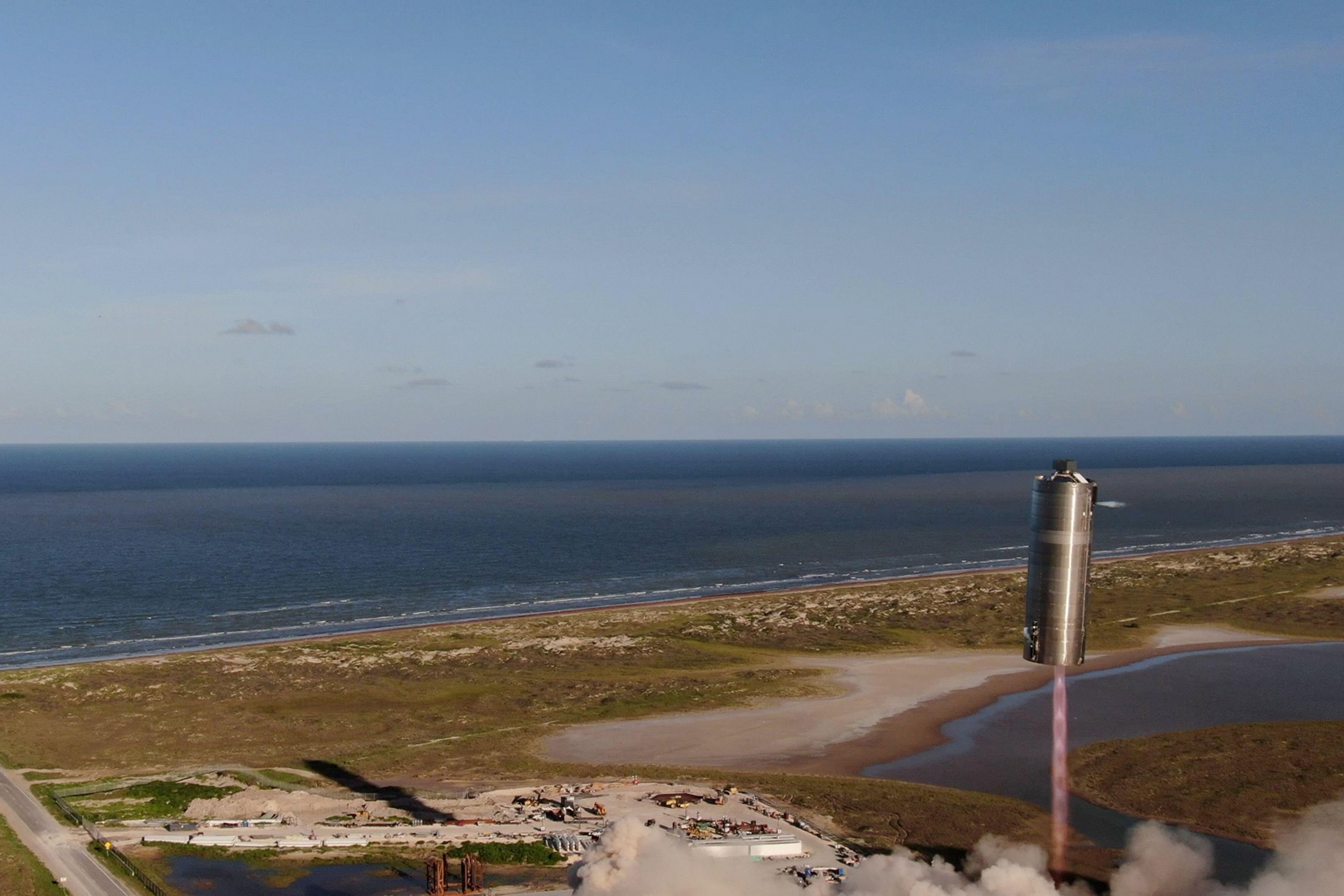 The company will take astronauts up to the ISS for the first time in 2020.