NO one really knows what vRS stands for. Not even Skoda.

Some say the “v” is the little accent above the “S” on the Skoda badge and RS is for rally sport. 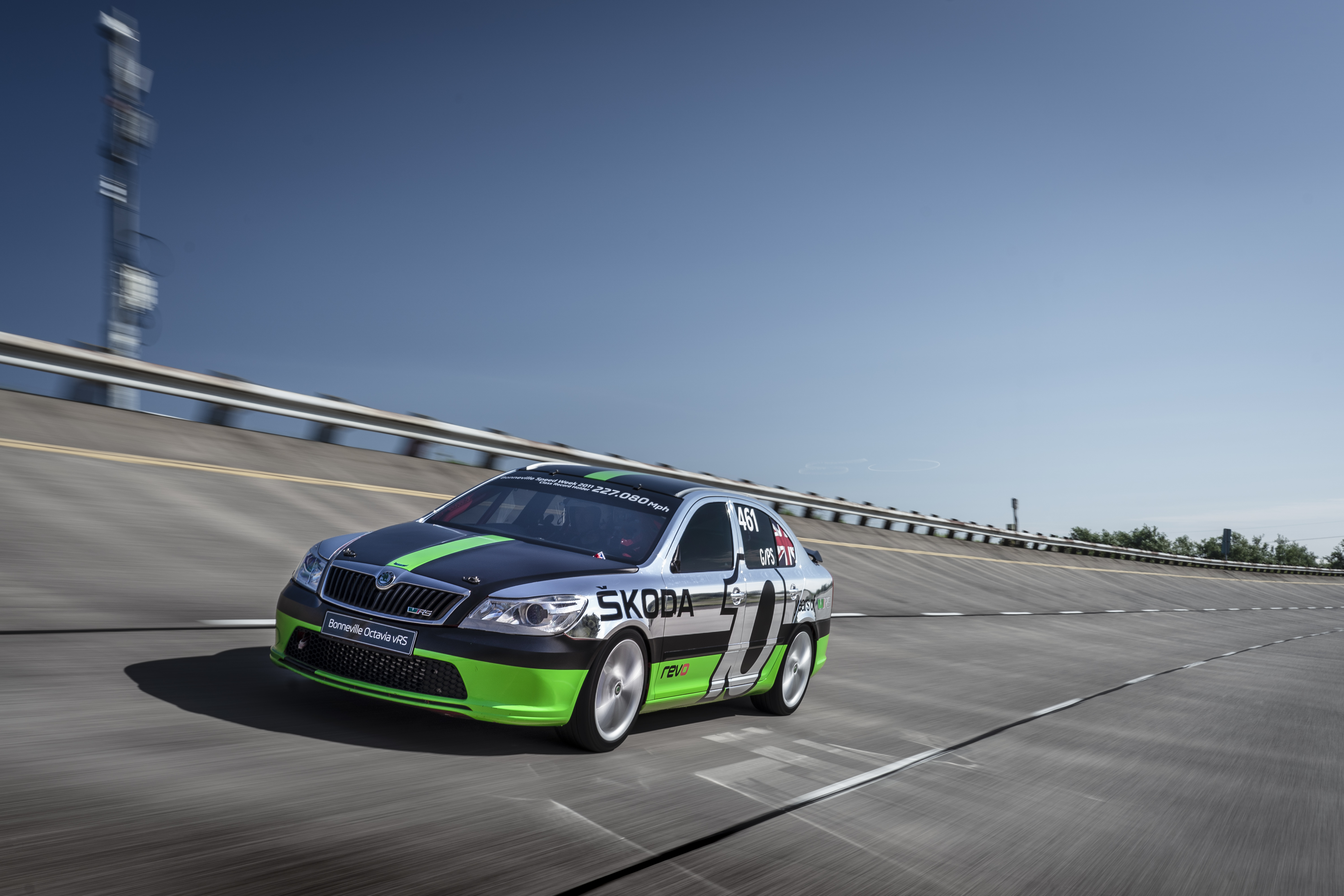 Others think it means “victory Rally Sport” and pays homage to the 130 RS trophy magnet from the Seventies.

My suggestion is much simpler: Very Rapid Skoda.

Because we all know a Skoda wearing a vRS badge is a performance car for the masses, spicy but not too pricey.

Quick fact: We buy more hot Skodas than the Czechs.

Which is surprising . . . but also not really surprising because we do like our cars to have a bit of oomph. 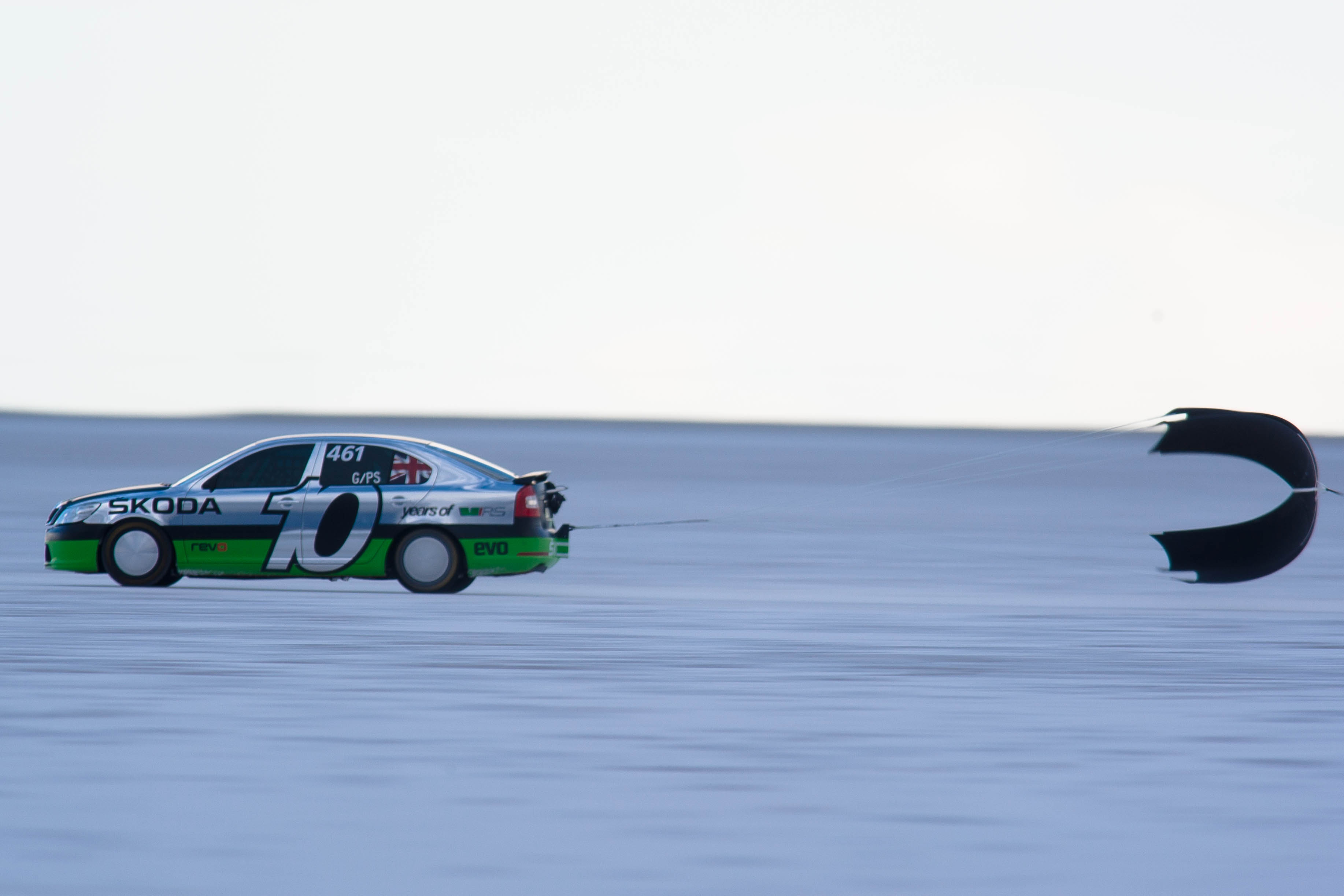 With Skoda clocking up 20 years of vRS in the UK, it was a good excuse to try the fastest one ever: The 227mph land speed record car.

It has hardly turned a wheel since blitzing the 2-litre production car record at Utah’s legendary Bonneville Salt Flats ten years ago.

Exactly right — you’re ahead of me.

It was built to celebrate ten years of vRS, hence the big ‘10’ on the doors.

There was zero chance of doing something equally as ballsy to mark 20 years — you don’t need me to explain why — so we headed to Millbrook’s high-speed testing ring to relive some of that old magic instead. 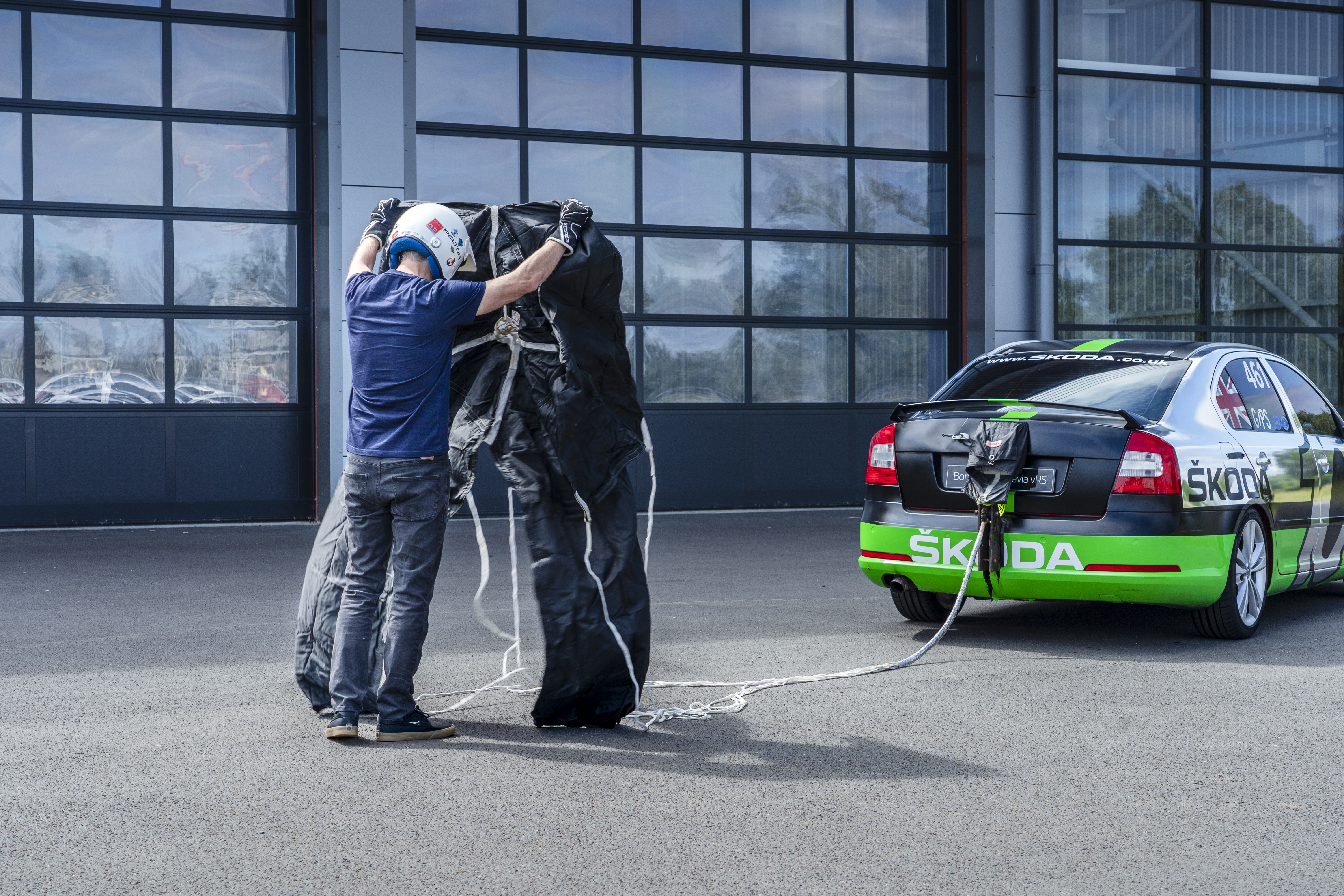 A little bit of TLC from the original engineer Ricky (Bobby?) and she was ready to run.

First observations. Roll cage. There is a lot of it.

Perhaps best described as a shark tank inside a car, it is designed to keep you safe in a high-speed crash, even if everything else falls off.

I should add that the Bonneville vRS didn’t have any brakes for the proper speed runs, just a parachute from a Top Fuel dragster attached to the cage, and it ran on skinny space-saver wheels.

The driver’s seat is bare metal. 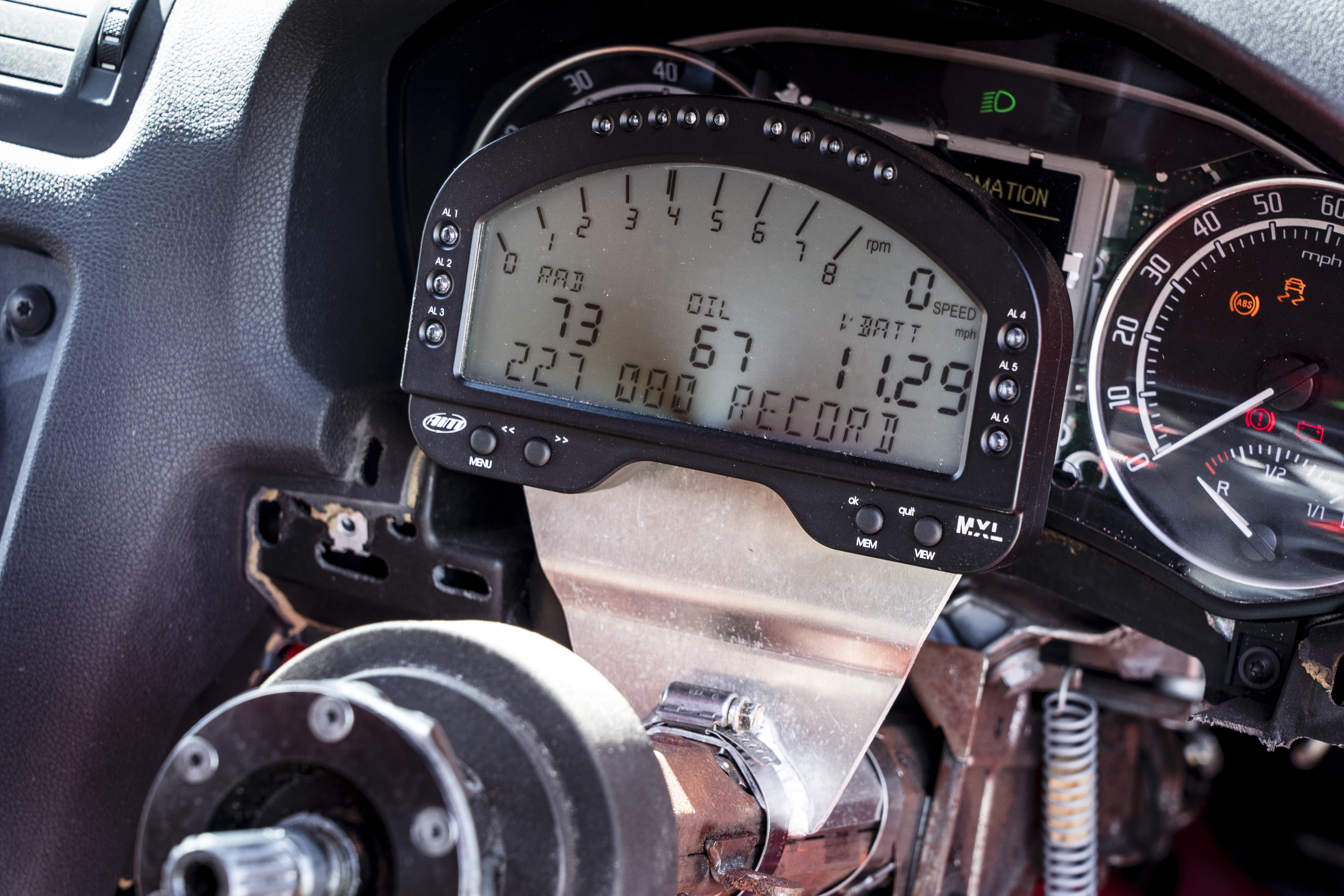 The driver’s arms were tethered to the seat harness to stop them flailing about should there be a Code Brown.

So what about power, you may ask. 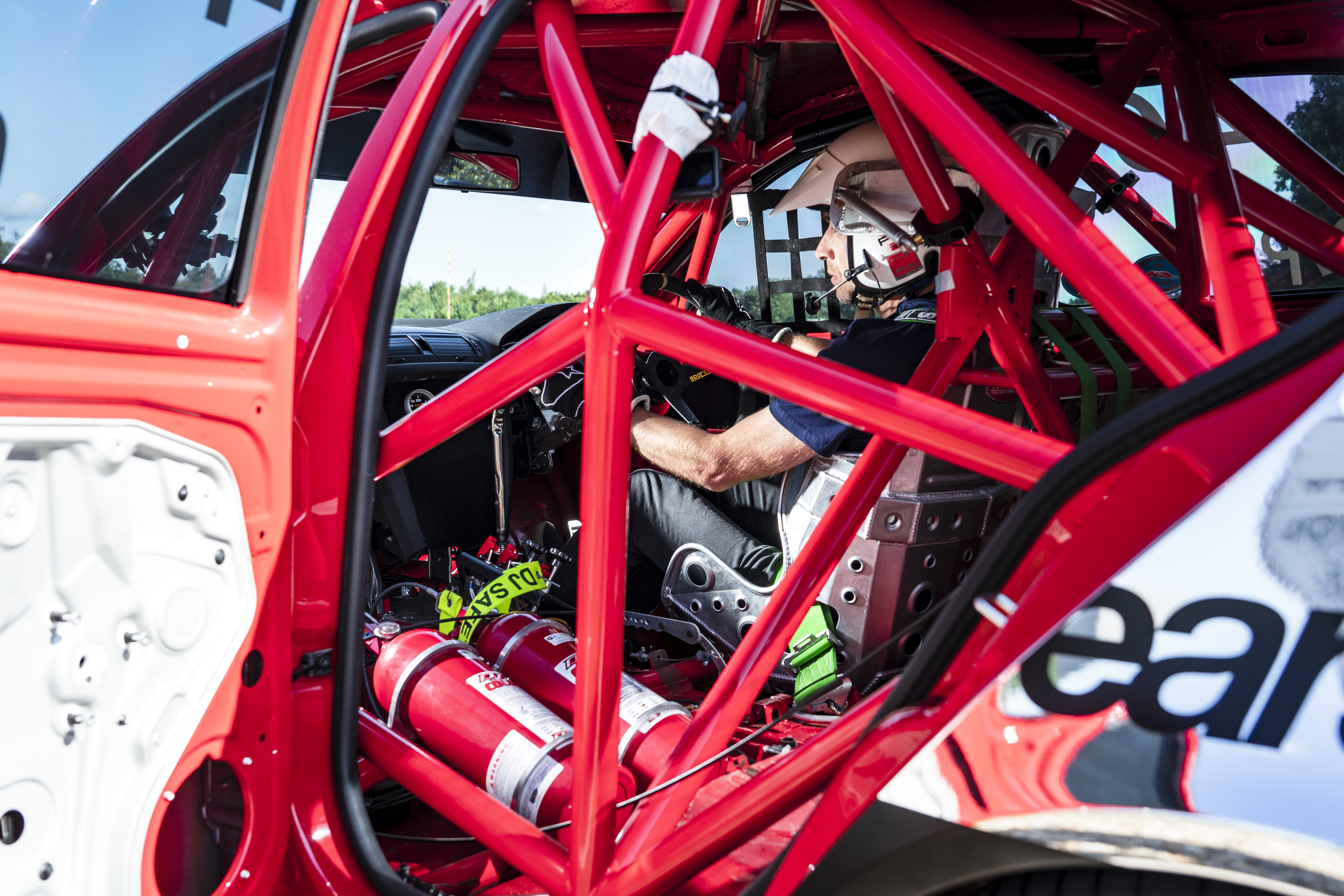 He had to keep modifications within production-car rules. So what’s it like to drive?

Build the speed smoothly and it reels in the horizon at an incredible rate.

I can’t tell you exactly how fast I was going because the speedo didn’t work. 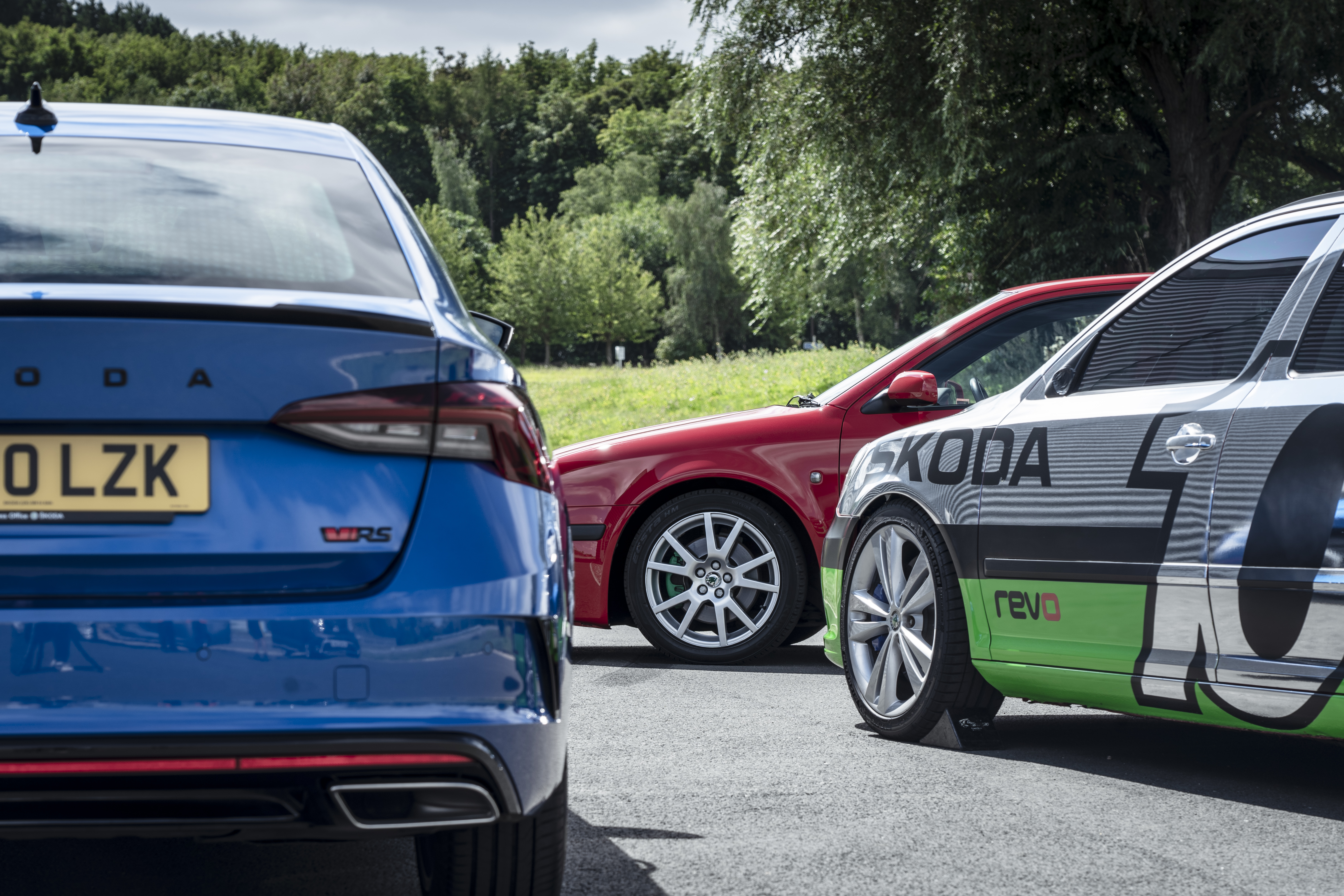 But I was sharing the track with a McLaren prototype and it didn’t pass me, put it that way. And this is a Skoda, not a supercar.

Put it on an arrow-straight salt bed and Ricky reckons 250mph-plus is possible. I think he’s right.

Other party guests included a Mk1 Octavia vRS (the red car) and the latest-gen Mk4 (the blue car).

They’re Golf GTIs underneath, obviously, but bigger, better and cheaper.

Call me an old romantic but I loved the squeaks and simplicity of the Mk1. 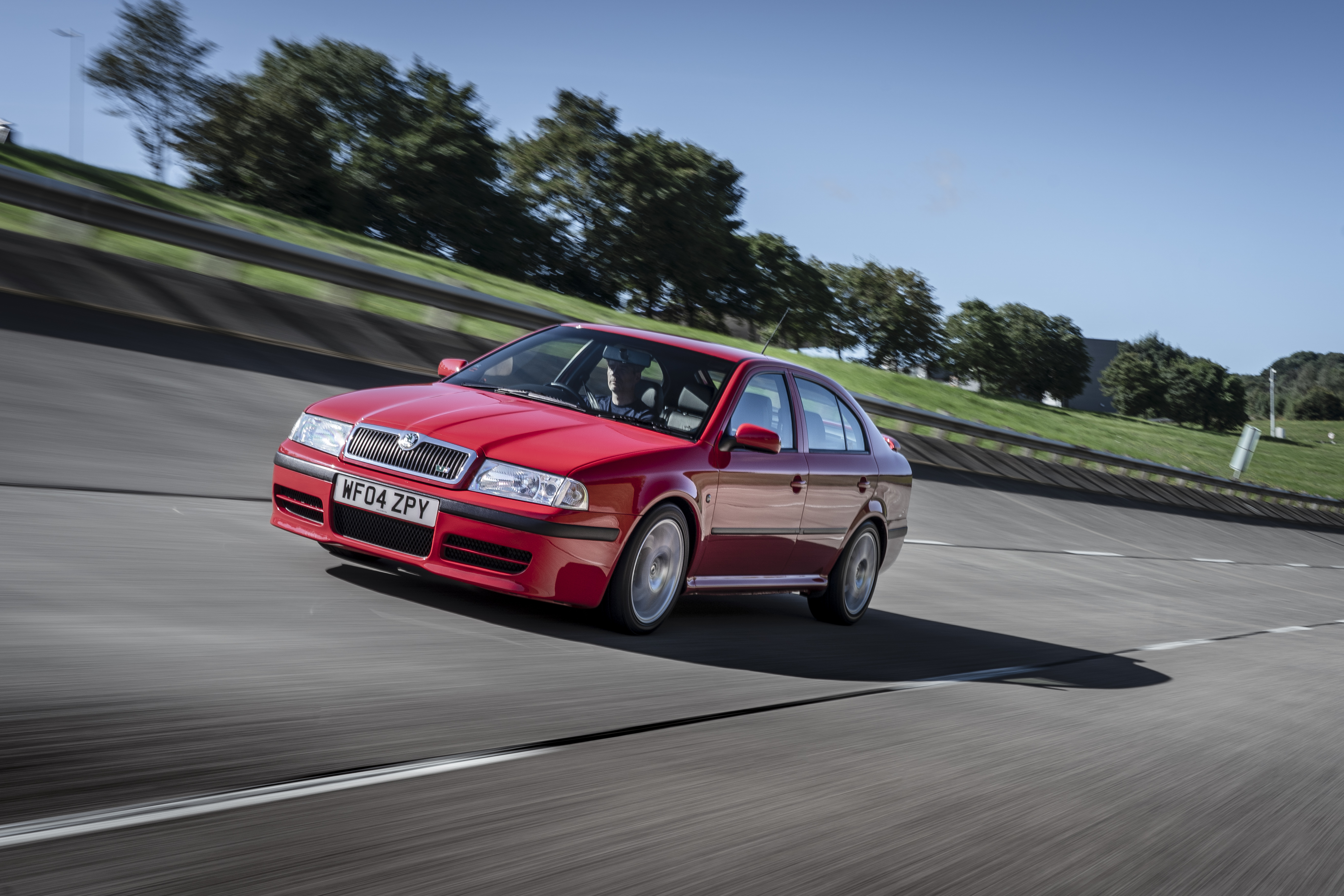 And the Skoda Symphony radio cassette player. And the notchy gearbox.

The new Octavia vRS is smart and tech-rich and right up there with the best of breed.

Plus you can have hatch or estate, petrol or diesel or plug-in hybrid.

Skoda has confirmed the vRS badge will continue on electric cars in the future, starting with the Enyaq vRS.

I might even edit the wiki page and see if it sticks. 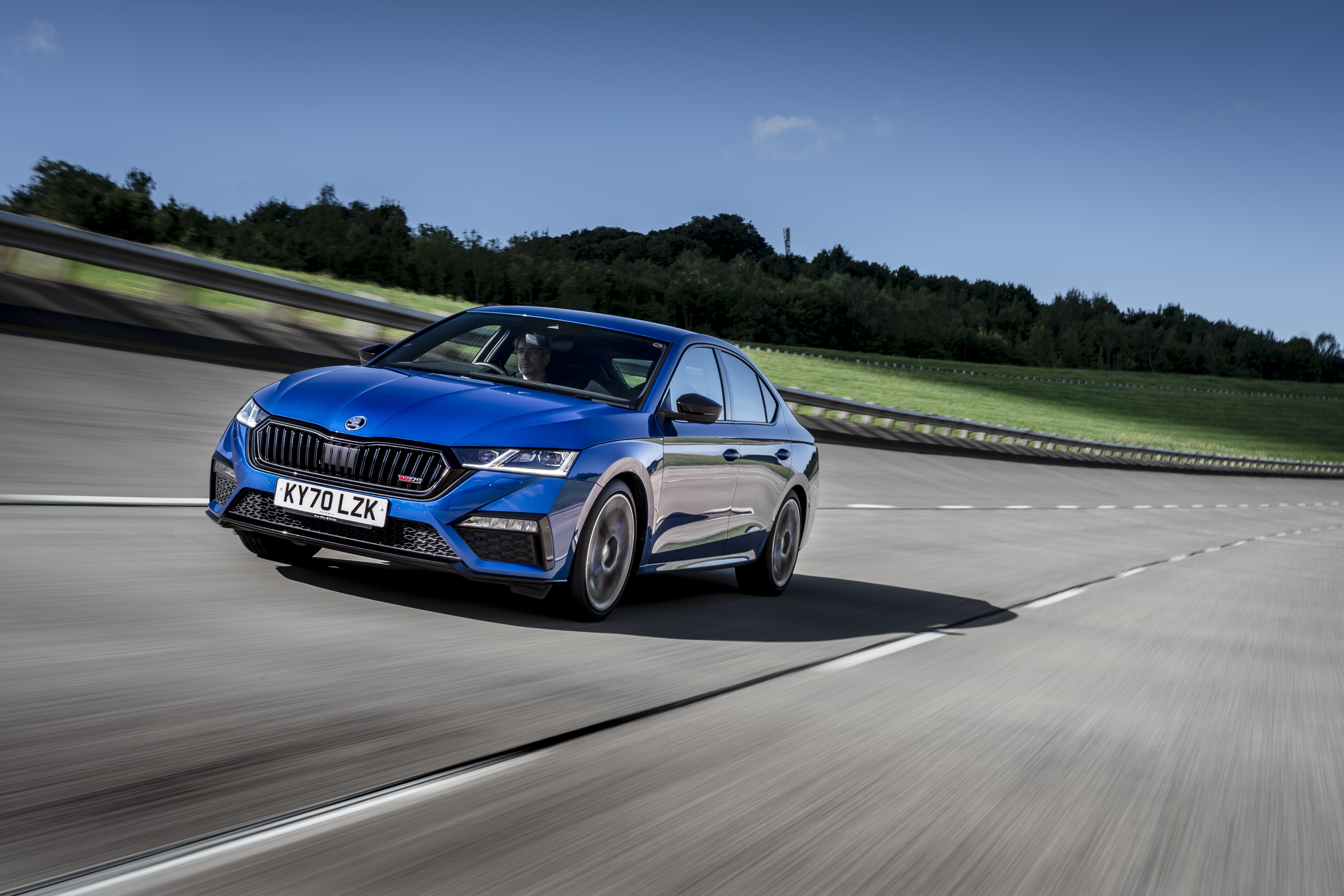