ALIEN life could be producing an Earth-like gas on Venus, our closest space neighbour.

The scorching "hell planet" would instantly kill a human, with surface temperatures reaching 470C – and pressure so high you'd be crushed alive. 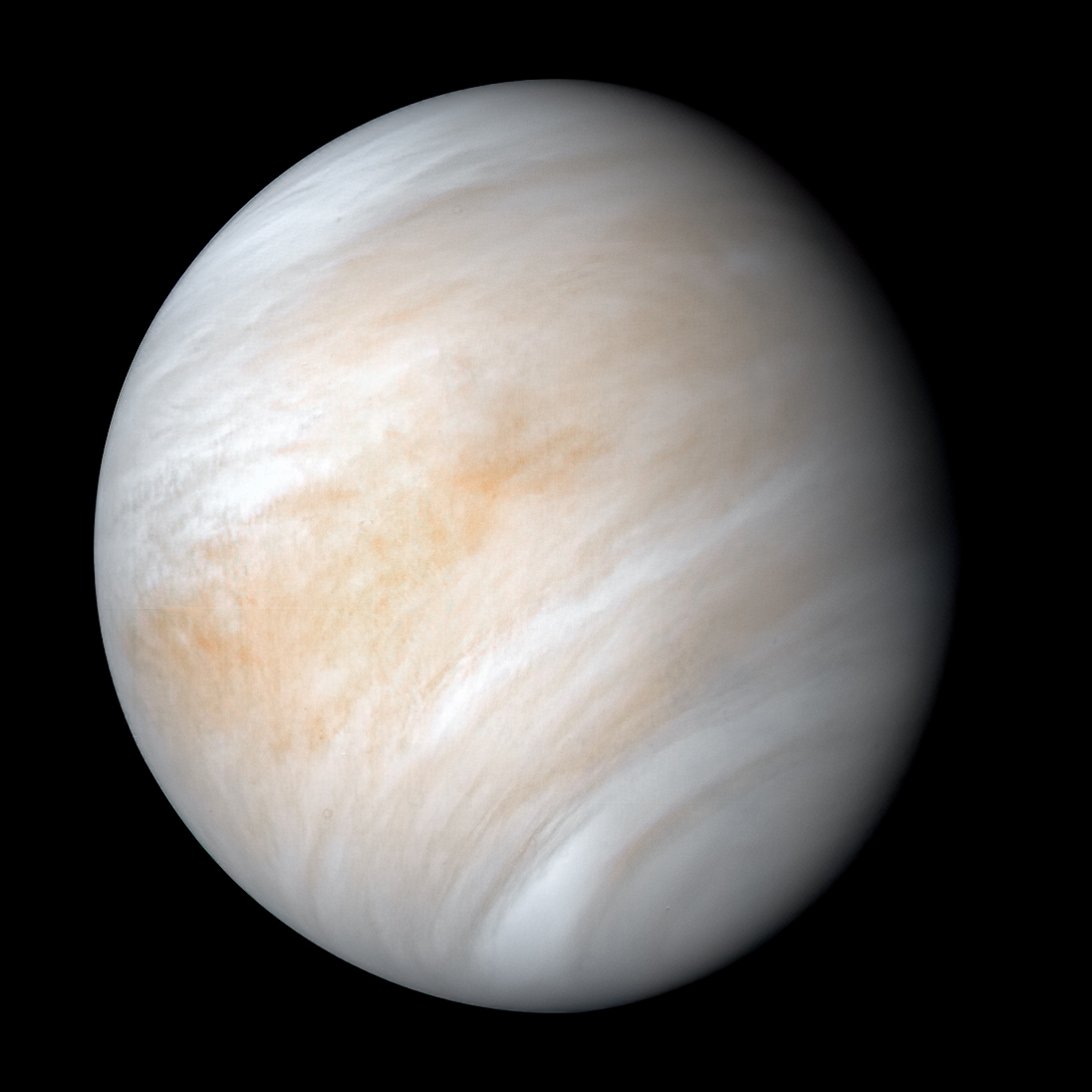 But scientists think the "temperate" upper cloud layer on Venus could play host to some forms of life.

Supporting that theory is a team of British scientists who have discovered phosphine gas in Venus' atmosphere.

Here on Earth, phosphine is made by the breakdown of organic matter – and the same could be true for Venus.

Now scientists will need to send a probe to Venus to confirm the existence of alien life. 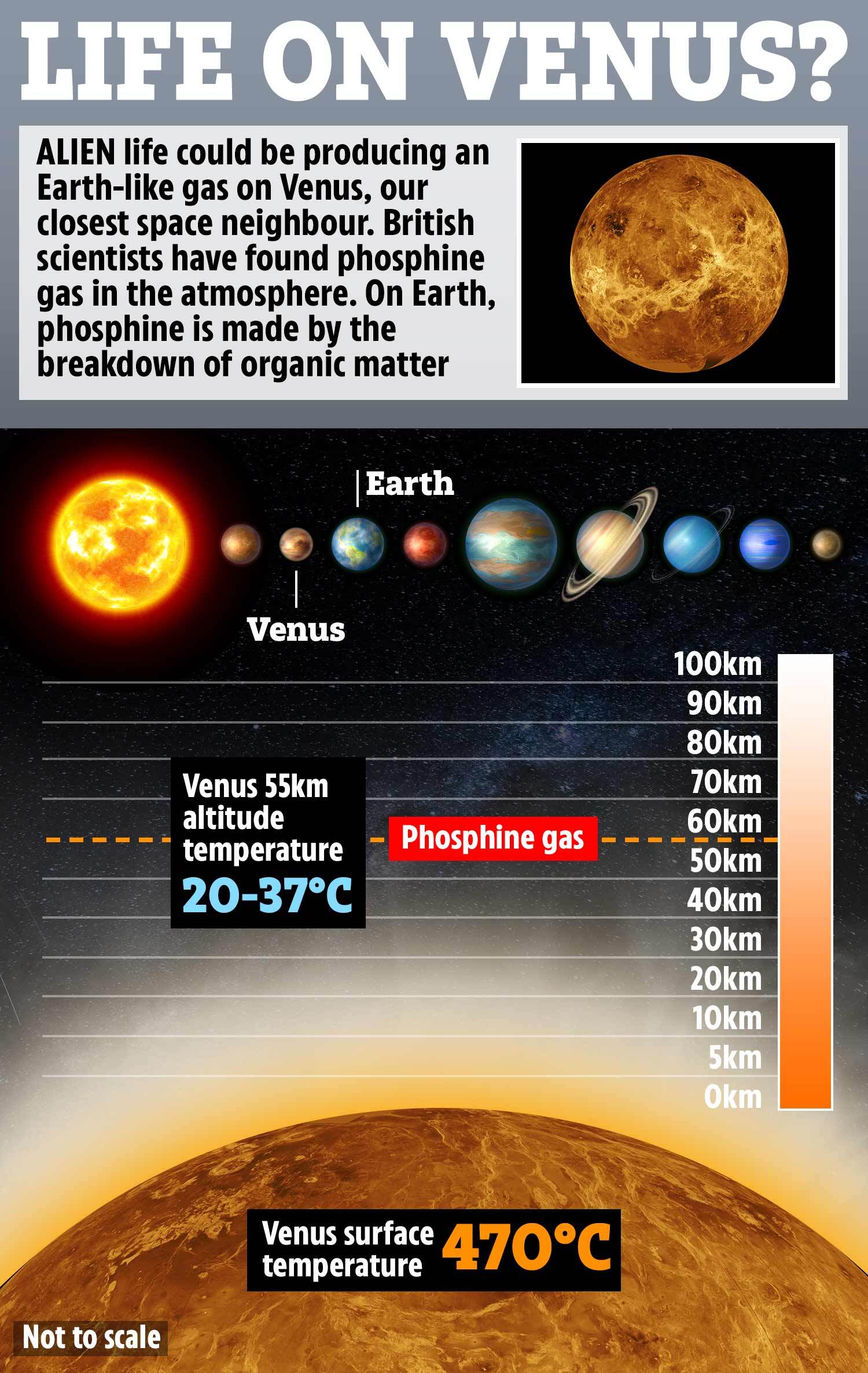 Phosphine can turn up on a planet in many different ways.

It can be created in the atmosphere, on the surface, or below the surface. And it can even be delivered from another planet.

On Venus, the phosphine was detected around 60km above the surface – in the cloudy atmosphere.

And scientists say it's unclear how this could happen without help from alien life.

Sadly, there's no 100% guarantee that life is hiding away on Venus – yet.

"We emphasise that the detection of phosphine is not robust evidence for life," said Professor Jane Greaves, of Cardiff University, who led the team that made the discovery.

"However, we have ruled out many chemical routes to phosphine, with the most likely ones falling short by four to eight orders of magnitude."

Phosphine is widely accepted as being a "promising sign of life", when found in a rocky planet's atmosphere.

Traces of phosphine in Earth's atmosphere are directly linked to human and microbial activity.

And it's found on other planets too.

On the giant gas planets in our Solar System, phosphine is produced at deep atmospheric layers – and is then dredged upwards by convection.

But on rocky planets like Venus, the solid surface should act as a barrier – preventing this mechanism. 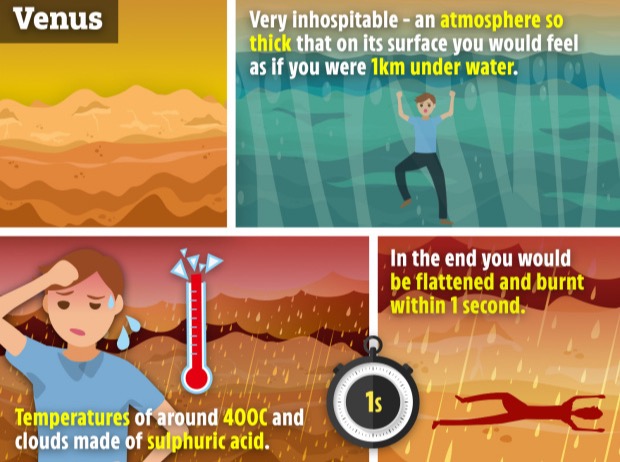 On Venus, phosphine created in this way would likely be destroyed by the highly-oxidised crusts an d atmosphere.

So finding phosphine in the atmosphere of rocky Venus could be a key sign that life is hidden away in the planet's cloud layers.

Giving hope to alien-hunters, scientists said they couldn't pinpoint any non-biological cause for Venus' phosphine.

But they admitted that it could be produced by living organisms – just like here on Earth.

However, the researchers warned that the phosphine could also originate from "unknown photochemistry or geochemistry", yet to be discovered by science.

It's unlikely that we'll find the source of the gas without investigating the clouds or surface of Venus directly – using some kind of spacecraft. 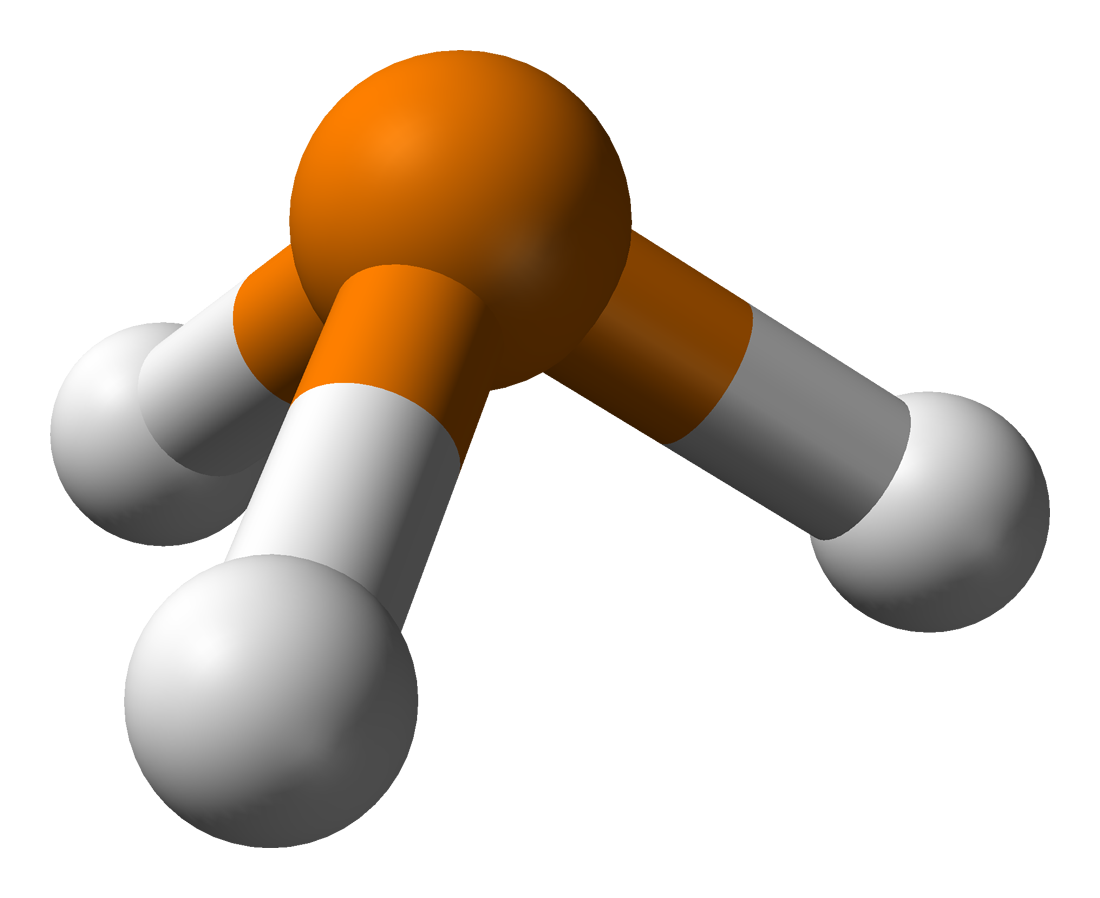 The clouds of Venus have been considered a candidate for hosting life for decades.

But even though temperatures are milder in the atmosphere, there are still huge roadblocks for life.

The atmosphere is thick with sulphuric acid, which would destroy many forms of life.

Some of the explanations refuted included delivery by volcanic activity, lightning and meteorites.

Scientists described the rates of phosphine these methods could deliver as "negligible".

This research was published in the highly respected Nature Astronomy journal.

In other news, find out how long you'd survive on each planet in our Solar System.

What do you make of this discovery? Let us know in the comments!