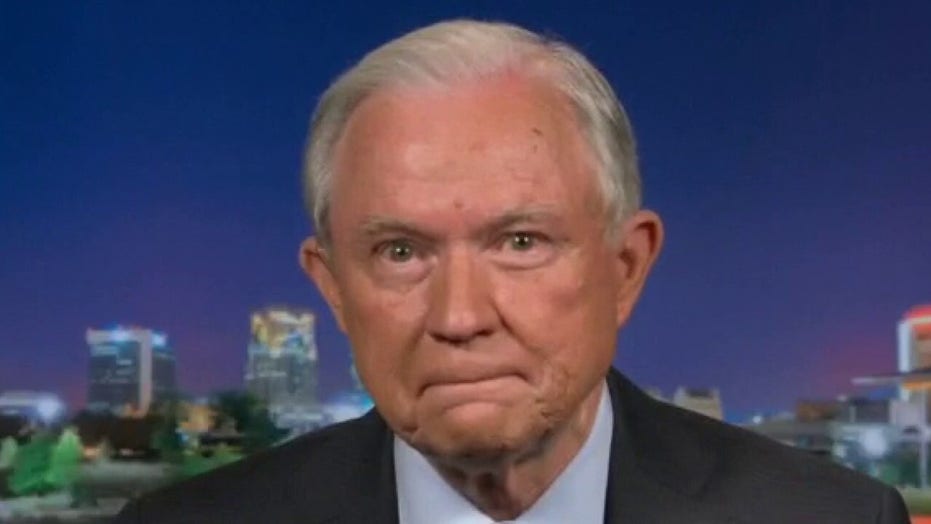 "My opponent is hiding out. He won't debate. He won't even talk to the press," Sessions told host Tucker Carlson. "And, you know, if he won't debate me or defend your values, then something is dangerous here. So that's the message I'm trying to take to the people of Alabama.

"Tommy Tuberville, at age 65, Tucker, had never given any contribution to any candidate," Sessions went on. "He never even said he was a Republican. We don't know this man. He is a empty suit, a nubbin … He doesn't have the convictions and the courage to represent us."

The runoff between Sessions and Tuberville, the former Auburn football coach who has been endorsed by President Trump, will take place July 14, with both men seeking the Senate seat Sessions held before becoming Attorney General in 2017. The seat was briefly held by Republican Luther Strange before Democrat Doug Jones defeated Roy Moore in a special election that December.

Polls have show Sessions well behind for much of the runoff campaign. The most recent poll, taken in late May by a group that consults for the Sessions campaign, had him trailing Tuberville by six percentage points.

For his part, Sessions blamed "out of state" money and "big PAC money ads" for impacting the race.

"Look, it is an important time for America," Sessions said. "We are losing this country. We need a voice in Washington who understands and has principles and convictions, the courage to stand up for those convictions, the ability to advocate those values in Alabama …"

"My opponent just passed through the state," Sessions said of Tuberville, who coached at Texas Tech and Cincinnti after leaving Auburn in 2008. "He hardly knows the state. I know it like the back of my hand. But more importantly, we have to have some warriors in the Congress and we need some to push our Republicans, too many of them of hiding out and not speaking out."