WASHINGTON — The Senate’s nonpartisan parliamentarian Monday ruled in favor of a Democratic effort to pass additional legislation through a process called reconciliation, according to a spokesman for Senate Majority Leader Chuck Schumer (D., N.Y.), opening the door for Democrats to approve more fiscal measures along party lines in the Senate this year.

Democrats have used reconciliation once this year to pass the $1.9 trillion coronavirus relief package, and lawmakers had expected to be limited to using it only one more time this year. With the parliamentarian’s new advice to lawmakers, Democrats could now possibly use it a third time to skirt the 60-vote threshold necessary for most legislation to pass in the Senate.

“This confirms the leader’s interpretation of the Budget Act and allows Democrats additional tools to improve the lives of Americans if Republican obstruction continues,” the spokesman for Schumer said.

The spokesman said Schumer hasn’t decided whether to move forward with using reconciliation again and that “some parameters still need to be worked out” around its use.

The ruling will give Democrats more room to maneuver to pass President Biden’s agenda, including his recently announced $2.3 trillion infrastructure plan. The White House is expected to roll out another large package in the coming weeks, this time focused on child-care and antipoverty efforts. 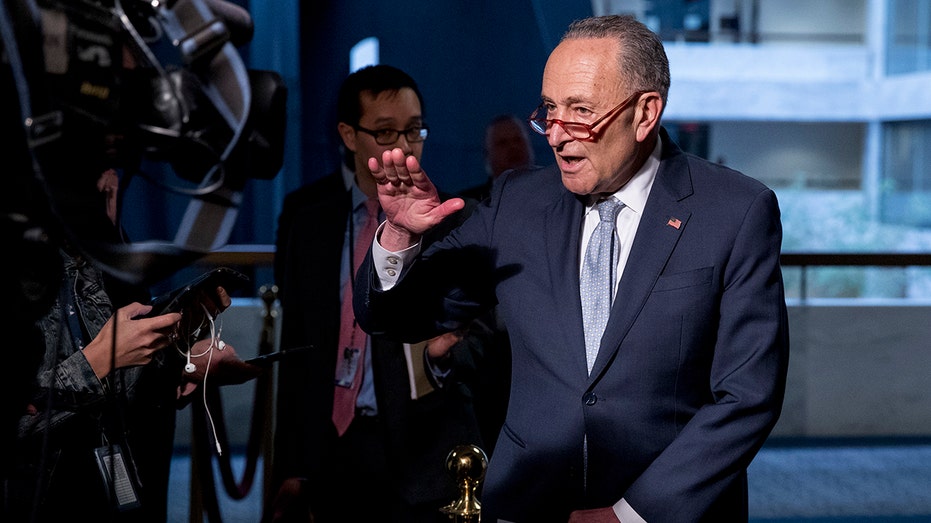 The Senate’s nonpartisan parliamentarian Monday ruled in favor of a Democratic effort to pass additional legislation through a process called reconciliation, according to a spokesman for Senate Majority Leader Chuck Schumer (D., N.Y.), opening the do

Republicans have widely criticized the $2.3 trillion plan, attacking its wide scope and proposed tax increases on corporations. The hardening GOP opposition had left Democrats already preparing to use reconciliation to pass the infrastructure plan, possibly combining it with the coming antipoverty legislation to muscle a huge package through Congress along party lines.

But the parliamentarian advised lawmakers that they can edit the underlying budget resolution, giving committees additional instructions for meeting the new target. It is unclear if there will be a limit on the number of times lawmakers can edit a budget resolution each fiscal year.

While reconciliation enables lawmakers to avoid the filibuster in the Senate and pass legislation along party lines, it limits what measures lawmakers can approve. Provisions passed through reconciliation must relate directly to the budget, barring many policy plans from consideration. Spending and tax measures are generally eligible to be included in reconciliation.

Some elements of Biden’s $2.3 trillion infrastructure proposal may face a similar fate, according to lawmakers and aides, including some of its proposed labor protections.