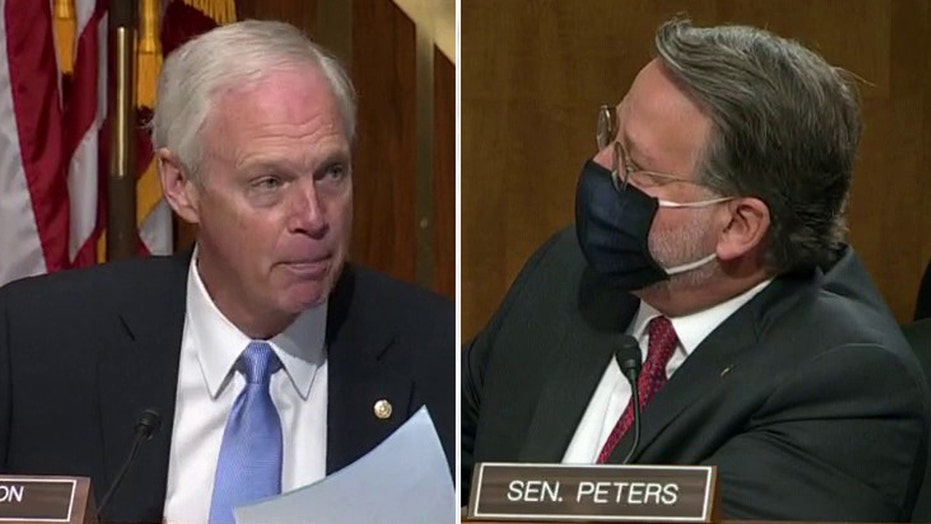 The Senate Homeland Security Committee conduct a hearing to explore ‘irregularities’ in the 2020 election.

Johnson took time during Wednesday's hearing on irregularities in the 2020 election to address claims from Peters that he had spread Russian disinformation about Hunter Biden. Johnson claimed that in reality, Peters was the one spreading false information from Russia.

"I just have to talk about Russian disinformation because the people peddling it are not on my side of the aisle," Johnson said.

"Senior Democrat leaders, including ranking member Peters," he continued, "they were involved in a process of creating a false intelligence product, it was supposed to be classified, they leaked to the media, that accused Sen. [Chuck] Grassley, the president pro tempore of the Senate, and myself of accepting and disseminating Russian disinformation."

Earlier in the hearing, Peters had said that holding a hearing on election irregularities was "dangerous," because it dealt with false claims about the election.

Addressing Peters’ previous remarks, Johnson said that suspicions of election irregularities are not disinformation, but questions that require explanations "to restore confidence in our election integrity."

Peters insisted on responding to Johnson’s allegation, stating that he had nothing to do with the document Johnson referred to. Johnson immediately interjected.

Peters then told Johnson that the hearing was not meant "for the airing of grievances," as Johnson banged his gavel and tried to move on.

"This is terrible what you’re doing to this committee," Peters said.

"It is what you have done to this committee, falsely accusing the chairman of spreading disinformation," Johnson fired back. "Nothing could have been further from the truth and you’re spouting it again, which is why I had to respond."