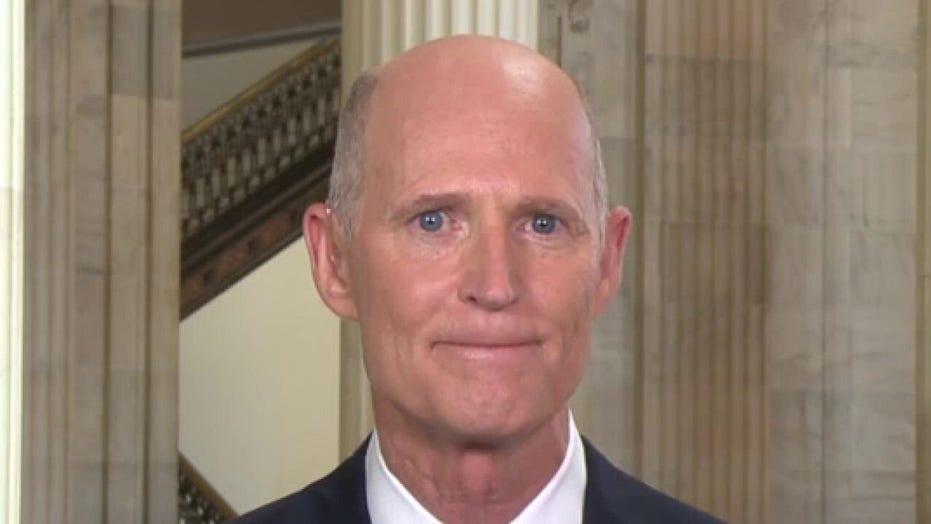 Sen. Rick Scott, R-Fla., argues small businesses can’t open and ‘staff up’ because people are making more money from the government being out of work.

EXCLUSIVE – The National Republican Senatorial Committee (NRSC) raised $7.2 million in April, as the re-election arm of the Senate GOP builds resources as it aims to regain the Senate majority in the 2022 midterm elections.

According to figures from the NRSC, which were shared first with Fox News on Tuesday, a surge of first-time, grassroots donors making small dollar contributions of less than $200 accounted for $3.4 million, which was more than half of the committee’s total monthly fundraising haul.

And the NRSC showcased that more than $15 million – nearly half of their more than $30 million in fundraising so far this year – came from online donors.

The rival Democratic Senatorial Campaign Committee (DSCC) has yet to release their April fundraising figures. But the DSCC hauled in nearly $9.3 million in March, about $1 million more than the NRSC. And while the Senate Democrats’ re-election committee entered April with slightly more cash on hand than the NRSC, it was carrying roughly $15 million in debt.

Both parties have been raising big bucks ahead of the 2022 midterms, when the Democrats will be defending their razor thin majority in the Senate.

The Republicans controlled the chamber for six years, but lost the majority during the 2020 election cycle. The Senate is currently split 50-50 between the two parties, but the Democrats hold the majority due to the tie-breaking vote of Vice President Kamala Harris, who serves as president of the Senate. That means the GOP only needs a one-seat pickup to regain the majority.

But Republicans are defending 20 of the 34 seats up for grabs in 2022, including open seats in the key battlegrounds of North Carolina and Pennsylvania, as well as in Ohio, Missouri and Alabama. While playing defense, the NRSC sees opportunities to flip blue seats in Arizona, Georgia, New Hampshire and Nevada.

Scott argued that “it’s clear the energy is with Senate Republicans and our pro-family, pro-America agenda. The NRSC’s work to defeat Senate Democrats’ radical ideas is just beginning, and we are in the best position to win the fight next November.”

Last week Scott traveled to Texas to take part in two NRSC fundraisers that the party committee says brought in more than $1 million. The contributions will be reflected in the NRSC’s May fundraising report.