Lawmakers in the House and Senate approved Lloyd Austin as the new defense secretary, giving the Pentagon its first Black secretary and ending weeks of debate over President Joe Biden’s choice of a former Army general for a job nearly always held by a civilian.

After each chamber on Thursday approved a waiver that allowed Austin to take the job just a few years after leaving active military service, the Senate confirmed him Friday morning in a 93-2 vote.

Austin is expected to be one of Biden’s closest advisers on foreign policy, especially on the issues of competing with China and reducing troop deployments in the Middle East. His appointment is a big step for a racially diverse federal institution whose leadership remains almost entirely white.

He takes over the Defense Department, America’s largest employer, at a deeply complicated time for the military.

Amid a monthslong Republican effort to tamper with the presidential election, top military officers and former defense secretaries repeatedly emphasized that the armed forces have no role in vital democratic processes like voting and transferring power between presidents. But after the Jan. 6 attack on the U.S. Capitol ― which some veterans and current service members participated in ― the Pentagon deployed thousands of troops to Washington to secure Biden’s inauguration.

With the clear and growing risk of political fights pulling in uniformed personnel, congressional lawmakers are anxious to affirm the limits of the military’s reach in American democracy and to investigate and root out radicalization among the troops.

Austin has told lawmakers that he’s committed to ending extremism within the Defense Department. “We can never take our hands off the wheel on this,” he said at a Senate Armed Services Committee hearing on Tuesday. “This has no place in the military of the United States of America.”

But in its own way, Austin’s nomination by Biden boosted concerns about the politicization of the military. The job of defense secretary has only twice before gone to a former general. National security experts say that having a lifelong civilian in the role is important to signal that the armed forces are accountable to people outside their ranks who represent the broader country and to limit political ambition or partisanship among the troops.

Both houses of Congress are needed to approve a special waiver for a retired officer to become defense secretary less than seven years after they’ve left the military. Austin retired in 2016. Several influential lawmakers, including Democratic Sens. Elizabeth Warren (Mass.) and Tammy Duckworth (Ill.) and Republican Sen. Tom Cotton (Ark.), argued that it was inappropriate for Austin to receive that waiver, particularly so soon after lawmakers gave a similar waiver to retired Marine Gen. Jim Mattis to take the job in 2017.

Democratic leaders and most Republicans disagreed, however. The House passed the waiver early Thursday afternoon ― after suddenly canceling a public hearing with Austin ― and the Senate followed suit later in the day, clearing the way for its confirmation vote.

“Can you give the president of the United States the benefit of the doubt?” House Speaker Nancy Pelosi (D-Calif.) asked her colleagues ahead of the vote, according to Politico.

During his appearance before the Senate panel on Tuesday, Austin repeatedly committed to putting civilians in top decision-making roles, citing two well-respected deputies he already plans to bring in: Kathleen Hicks and Colin Kahl, who both have Defense Department experience in their résumés.

And he outlined plans to address his potential conflicts of interest in managing the armed services, promising to probe how military leaders handle sexual assault cases ― an issue many officers are loath to lose control over ― and to recuse himself from decisions related to Raytheon, a major military contractor that placed Austin on its board after he retired. Additionally, he pledged to be responsive to the press and to congressional overseers, unlike his recent predecessors. 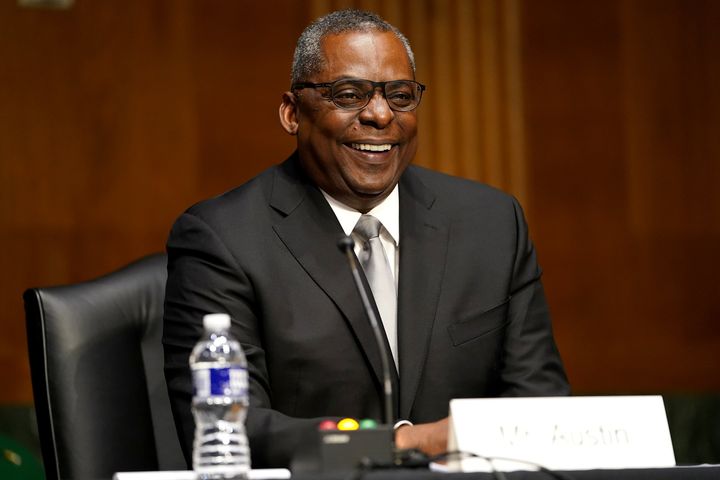 The incoming Pentagon chief also said he will focus heavily on responding to Beijing’s expanding global influence, boosting U.S. alliances with other nations concerned about China and addressing fears that the military has not invested enough resources in the Pacific Ocean region. With Austin having spent much of his career in the Middle East, some lawmakers worry that he doesn’t have enough familiarity with Washington’s primary international rival.

Austin calmed some of those worries by calling China “a pacing threat” on Tuesday, according to Zack Cooper, a former Pentagon official now with the American Enterprise Institute think tank. The phrase refers to the competitor who is most plausibly moving to challenge American defense strategy.

“There will still be a lot of people who will be nervous about the degree of Asia expertise that he has,” Cooper said. But he added that Austin’s expected appointment of analysts deeply familiar with the region, like Kelly Magsamen and Ely Ratner, will further allay those fears.

As one of the most prominent faces in the Biden administration, Austin can expect heavy scrutiny, including from skeptics of the waiver who will closely monitor how civilians fare in his Pentagon and from more liberal Democrats who hope to craft a more progressive foreign policy.

Under former President Donald Trump, the military’s budget grew significantly and military actions abroad caused significantly more civilian deaths even as Trump reduced some foreign troop deployments. Lawmakers and activists will likely push Austin on human rights issues ― including U.S. support for the brutal Saudi-led coalition in Yemen and other controversial policies he has been involved in ― and trimming the defense budget.