‘The Five’ criticize Biden for shutting down US pipeline, endorsing Russia’s

Republicans slam the president for canceling Keystone XL pipeline; reaction from ‘The Five’

On Biden’s first day in office, he revoked a permit for the Keystone XL Pipeline, which would have brought us energy from our ally Canada and thousands of good-paying U.S. blue-collar jobs in the process.

Now, he is waiving the sanctions Congress sought to impose on Putin’s corrupt cronies to block Russia’s pipeline, paving the way for Moscow to increase its power and influence over our NATO allies.

Biden’s gift to Putin comes on the heels of a successful ransomware attack by Russian hackers on our domestic pipeline, Colonial, which resulted in the shutdown of critical American infrastructure that supplies 45% of U.S. fuel needs along the East Coast.

The president’s actions are a clear signal to our adversaries that they need not worry about this administration punishing those governments that allow economic warfare against America to be waged from their soil.

Biden’s decision, however, is more than mixed messaging and sloppy decision-making. It is a threat to America’s national security.

While Germany wants to buy more Russian natural gas because it has made the irrational decision to shut down its nuclear plants, many of our Eastern European allies, particularly Poland, strongly oppose the plan for good reason. Thanks to Biden, Russia will be able to hold them hostage in a future conflict. If Warsaw, for example, refuses to bend the knee, Putin could turn off the heat in the dead of winter and simply wait to get the answer he wants.

If concerns over global safety and security were not enough, allowing Russia to strengthen its natural gas monopoly and shut out competition would increase global greenhouse emissions, a consequence seemingly at odds with the president’s fixation on addressing carbon emissions.

According to an analysis from the Department of Energy’s National Energy Technology Laboratory, Russian pipelined gas to our European allies is at least 40% more greenhouse gas intensive, in terms of lifecycle emissions, than American exports of liquid natural gas shipments to the same location. If Germany and other European backers of the Putin pipeline cared about climate change, they would reject it and buy American energy supplies.

Nord Stream 2 should not be built, and if the president is unwilling to lead, Congress needs to intervene.

Moreover, if Biden really cared about reducing emissions, why would he allow dirty Putin gas to meet Europe’s market demand instead of “Made in America” cleaner liquefied natural gas?

Nord Stream 2 should not be built, and if the president is unwilling to lead, Congress needs to intervene.

That’s why I have introduced the Protecting Our Well-being by Expanding Russian Sanctions (POWERS) Act. This legislation builds on bipartisan sanctions against Russia Senate Republicans put into the National Defense Authorization Act, which President Trump signed in December 2019, by reinstating the sanctions Biden has waived and expanding the sanctions to subcontractors of any entity that works on the pipeline. 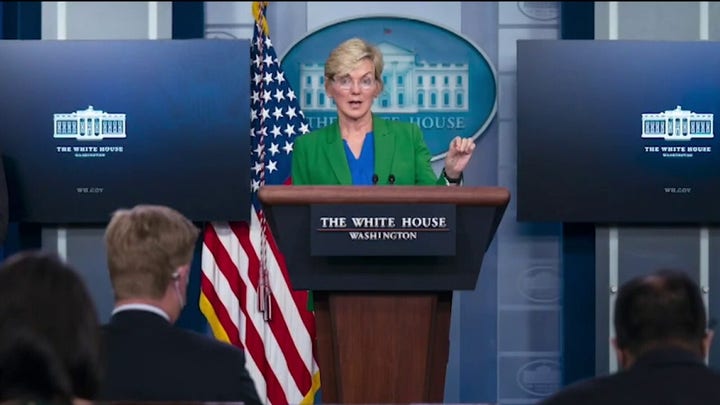 Many Democrats spent the previous four years expressing fears that the Trump administration was too cozy with Russia.

Now, Biden is giving Putin a major win by allowing him to move forward with a project that will undoubtedly do serious harm to the national security interests of America and its allies while weakening efforts to address global climate change.

It goes without saying the president’s decision to support Russia’s energy industry while working so hard to destroy ours makes no sense. Democrats have the opportunity to show their concerns were sincere and policy-driven, not politically convenient. I hope they will take it.