‘Screw the People’ Act is cynical and should not pass: Sen. Kennedy

Sen. John Kennedy, R-La., on “Fox & Friends” Tuesday characterized the Democrats’ election reform bill, called the ‘For The People Act,’ as an “extraordinarily cynical’ move that would make cheating easier.

JOHN KENNEDY: This is an extraordinarily cynical bill, in my opinion, even by Washington standards. It’s very ruthless, even by Washington standards. Speaker Pelosi and Senator Schumer call it, I think, the ‘For The People Act’ but I think it would be more aptly described as the screw the people act. It will make it much easier to cheat in an election.

And their bill does that in two ways. Number one, it almost guarantees that we’ll never have another Election Day. We’ll have election months. And I think that was the genesis of a lot of concern by many people in the last election. Number two, it achieves its purpose by taking elections, which are governed by the people through their state legislatures right now, and gives that authority to the federal government.

Now, why anybody would take something that’s working and give it to the federal government is beyond me. The federal bureaucracy can’t even stop scam calls or spam calls. But nonetheless, if you turn our voting procedure over to the federal government, I guarantee you the first thing they are going to do is get rid of voter I.D. And I think most Americans believe that you should have to prove who you say you are when you go to vote. 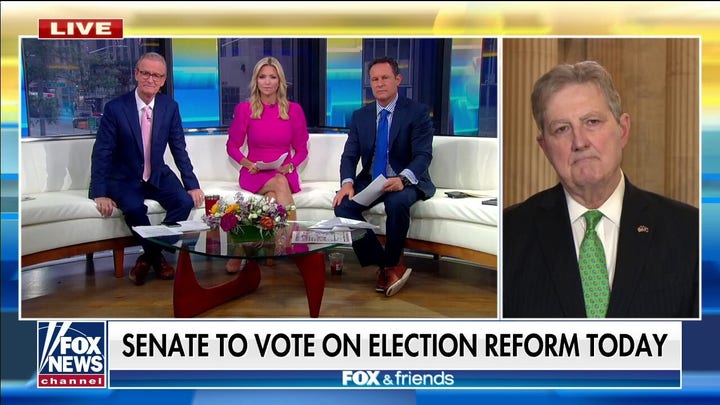