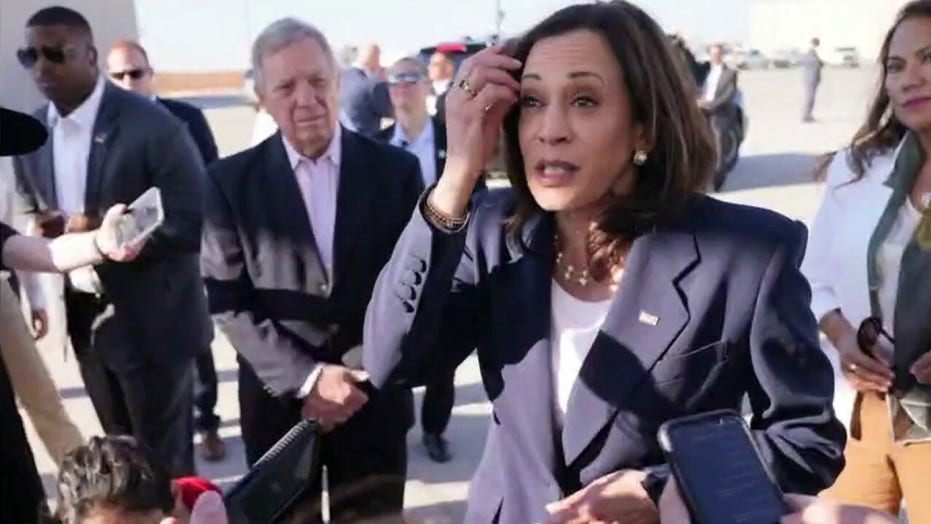 Sen. Bill Hagerty, R-Tenn., says that Vice President Kamala Harris’ long-awaited trip to Texas is a sign that the Biden administration is reacting to a “backlash of public opinion” due to its handling of the crisis at the southern border — as he accused the government of “window dressing” a strategy of acceleration of illegal immigrants into the U.S.

“What they’re doing is listening to the polls and the polls are hammering them,” Hagerty told Fox News in an interview on Friday.

“I do think the Biden administration, for all the left-wing tendencies and the fact they’re allowing the left-wing of the party to pull them in a violently left-wing direction, they’re facing the reality of the American public and American sentiment, and it is so strong against the collapse of the border that they have precipitated, so that I think this indicates to me they are being faced with the inevitable backlash of public opinion and so it’s pushing them in the direction where they should address it,” he said.

Hagerty spoke as Harris was visiting El Paso, Texas, nearly 100 days after being appointed to tackle the “root causes” of the crisis in Central America, like poverty, violence and climate change. She had previously visited both Guatemala and Mexico as part of that effort, where she met with leaders and unveiled a series of measures designed to tackle the root causes.

As part of her visit, she hailed what she said was the “extreme progress” the administration has made.

“I commend all of them for their success they have seen thus far, I call it progress, we’re not exactly where we want to be yet, but we’ve seen extreme progress over these last few months because of his dedication and his efforts,” she said.

The U.S. has seen a dramatic increase in migration, including of attempted entry by criminal illegal immigration, as well as fentanyl trafficking across the southern border in recent months. There has been little sign of that slowing down so far.

While the Biden administration has emphasized the root causes explanation, critics have pointed instead to the Biden rollback of Trump-era border protections and a change in messaging that has given the green light for migrants to make the journey north.

Hagerty, who visited Guatemala and Mexico weeks before Harris did, noted that Guatemalan President Alejandro Giammattei had blamed the Biden administration’s messaging for the surge when Harris visited. 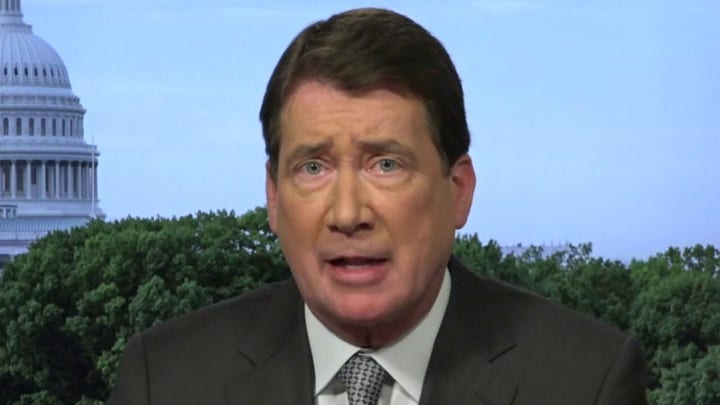 “I think he made it clear to her that the immediate root cause of the crisis is the Biden administration and the communication that is coming out of the White House,” he said. “When they say during the campaign we’re going to treat you better if you get here, they start telling people we’re going to reunite families, take care of unaccompanied children, the coyotes turn around and begin to recruit children.”

“It’s these false promises that are coming from the Biden administration that are the immediate and direct precipitant of the crisis at the border,” he said.

While Hagerty welcomed Harris’ visits to the region and to the border, he expressed concerns about the purpose of the trips and how much was learned. He told Fox News that his own visit to the region included discussion about infrastructure projects and the threat China poses — something he saw lacking in the VP’s trip.

“The biggest tragedy that wasn’t discussed by Harris that deserves a tremendous amount of focus are the direct concerns shared with me in Mexico by their foreign minister about the increased activity of China and the drug cartels active there in Mexico and the increased shipments of precursors to fentanyl and fentanyl itself,” he said, referring to the deadly drug that has seen a spike in border seizures in recent months.

Separately, he expressed disappointment that Mexico’s refusal to take back migrant families was not even discussed — and saw it as a sign that the administration focus is not on border security.

The focus on processing is something that the Biden administration has embraced. On Friday at the border, Harris cited quicker processing as one of the examples of “great work” from the Department of Homeland Security.

“They have instituted technology that over the last couple of months has expedited, in a very significant way, processing of people who are arriving at our border,” she said.

Hagerty was also one of a number of Republicans to criticize where Harris visited. Harris chose El Paso, rather than harder hit sectors like the Rio Grande Valley.

It again fueled his concern that the visits are there to hide a “turnstile” strategy of processing illegal immigrants into the U.S.

“It may be the best place they can imagine, a favorable media environment and photo opportunity for the vice president but she’s not stepping into the heart of the crisis where real fact finding could occur,” he said. “So we get back to whether this is a serious attempt to address border security or whether this is window dressing around what is in effect a real strategy to accelerate processing of illegal immigrants.”