Customers reported having a difficult time finding the consoles in stock as websites kept crashing. To many, it felt harder this year than usual to get their hands on the latest release.
This year, supply of the consoles couldn’t keep up with the large demand. Although analysts have predicted that the PlayStation 5 will outsell the Xbox Series X over time, right now, the current console wars winner is whoever put more stock on shelves.

Analysts have different theories for why the consoles sold so quickly. 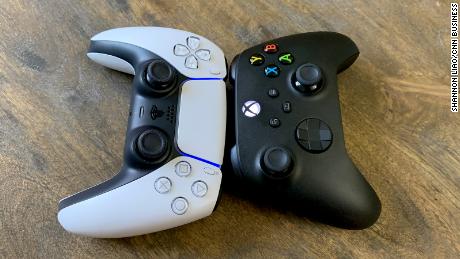 Most think that Sony (SNE) and Microsoft (MSFT) purposefully limited how many units were produced.

Profit margins on the new PS5 and Xbox Series X are probably “thin or even outright in the red,” according to IDC’s research director of gaming Lewis Ward, so it made sense to set production limits. Sony and Microsoft likely considered production levels that wouldn’t put huge stress on the manufacturers and the supply chain and that could help them limit any revenue losses, he said.
Sony isn’t making much money on the PS5 and didn’t want to overproduce the console heading into a recession, said Michael Pachter, a Wedbush analyst. This theory lines up with an April report from Bloomberg that said Sony was planning to limit output of the PS5 in its first year. The company did not respond to a request for comment.
Another possibility is that Covid-19 played a role in limited supplies.
Niko Partners senior analyst Daniel Ahmad said that he anticipates the PS5 and Xbox Series X will continue to be supply-constrained this holiday season because of the pandemic’s impact on production and logistics. Ahmad also said that during initial production, both consoles had low yields and “it will take some time to scale and ramp up to meet demand.”
Microsoft told CNN Business that its new Xbox hardware production wasn’t affected by the pandemic and that it “set out to produce as many new consoles as it could.” The company added that the consoles, including a cheaper Series S, launched in 40 countries and it “will sell every new Xbox” it is able to produce this year.
“We’re building new Xbox consoles as fast as we can to meet demand,” Microsoft said.

Who wins? Xbox vs. PlayStation

Without knowing how many units Sony and Microsoft were able to ship, it’s hard to say which console has sold more. (Don’t forget to read our reviews of the PS5 and Xbox Series X.)
Twelve percent of Americans over 13-years old plan to buy the PS5, while 10% said they would buy a new Xbox, according to a poll of over 2,000 gamers from marketing research firm CivicScience. And Xbox buyers were more likely than PS5 buyers to plan to buy both consoles. 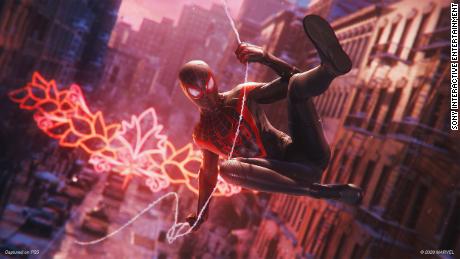 It’s been an extremely strong year in video game sales for the industry overall, as many people have turned to gaming for entertainment during the pandemic. But underlying conditions such as the recession and high unemployment could still hurt the industry. Analysts say the industry is due for a slowdown in 2021.

“This holiday it won’t have an impact,” said Mat Piscatella, executive director of games at NPD Group.
He estimated that about 125 million Americans played a console game in the past six months, but that a new console typically sells 1 to 2 million units during its first holiday season due to supply constraints.
Source: Read Full Article