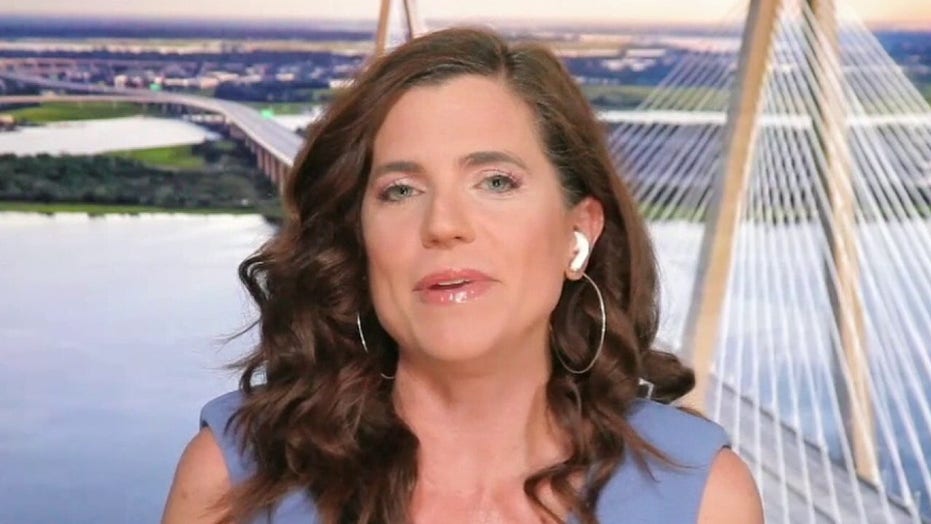 Rep. Nancy Mace: Biden is ‘throwing gasoline on the fire’ with $6T budget despite inflation fears

Charleston Police are investigating vandalism at the South Carolina home of Rep. Nancy Mace over the Memorial Day weekend where her property was spray-painted with profanity and anarchist symbols.

Mace, R-S.C., discovered Monday morning that her house, front steps, sidewalk and the street in front of her home were defaced with black spray paint. The vandal or vandals wrote several statements, including “F–k you Nancy,” “all politicians are bastards,” “no god, no masters,” “pass the pro act” and three Antifa symbols.

Mace, a freshman member in a swing district, said the discovery Monday morning was especially jarring since the vandalism was at her home where she resides with her two middle-school-aged children.

“I’m a single mom and this is where I’m raising my family,” Mace told Fox News. “Rhetoric has reached, I think, an all-time high. And we’ve got to take it down a notch because real words have real consequences on real people in real life.” 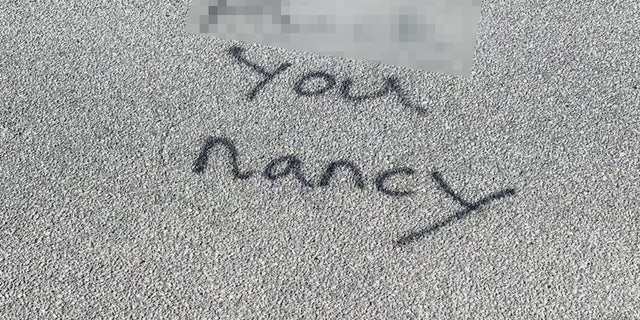 “It’s such a violation of one’s privacy,” Mace added. “It doesn’t matter what your political beliefs are or your political affiliation, everyone should feel safe in their own home. And to have someone trespass onto your property and deface it in such a vile manner – even my kids had to see that yesterday.”

Mace took a veiled jab at President Biden and others who have seemed to dismiss Antifa as an “idea” and not an organization after she found the anarchist symbols of an “A” with a circle around it at her home. 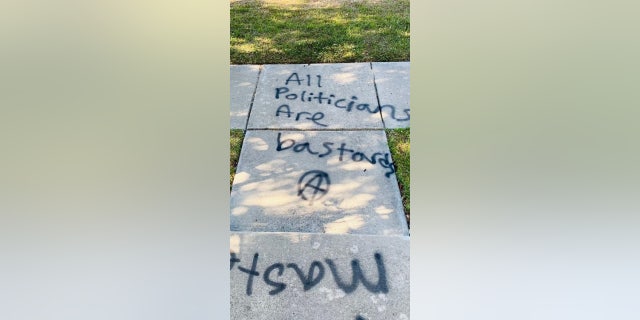 “It’s awful and it also goes to show that Antifa isn’t just an ideology, you know, as some want to call it,” Mace said. “These are real people with criminal intent. There was Antifa graffiti with this. [They] wreaked havoc across the United States and my house is just the latest casualty.”

Mace filed a police report with the Charleston Police Department, which is investigating, and the city of Charleston already used power-washing equipment to remove the graffiti from around her property on Monday. Mace said she wanted the profanity removed as soon as possible to avoid other school children from walking past it. 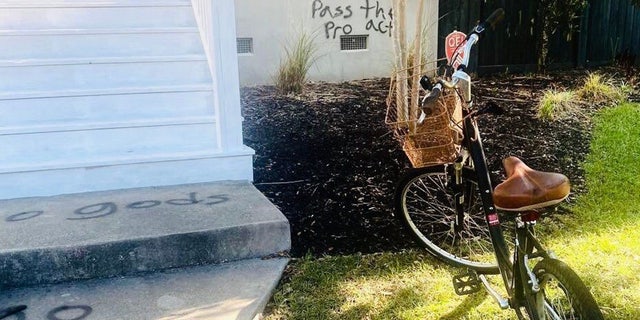 “It’s a very jarring experience to have that happened to you at your home,” Mace added.

Threats against members of Congress are on the rise. The Capitol Police Department reported in May that there has been a 107% increase in threats against federal lawmakers this year compared to 2020, and police anticipate the number of cases will continue to grow.

In one high-profile example, Republican Sen. Rand Paul received a suspicious package at his Kentucky home filled with white powder and bearing an image threatening violence. On the outside of the envelope was a picture of a bruised and bandaged Paul with a gun to his head and a threat printed beneath it: “I’ll finish what your neighbor started you motherf—–“

“Conservatives are being targeted,” Mace said Tuesday. “We can’t continue down this path. It’s un-American and it’s unsafe, and we could do better.”

Mace said she was targeted once before on Oct. 6, when her car was keyed with expletives. Since she was elected to Congress in 2020, she’s beefed up security around her home, but the Memorial Day weekend graffiti showed her she needs to do more.

She lives in a normally quaint neighborhood, but her home is exposed from the street and not behind any gate, the lawmaker said.

“I don’t live behind a wall. I live like every other American in this country,” Mace said. “I’ve got neighbors and kids and I live next door to other people. Like everybody else, I’m a working American.”

Police responded to Mace’s home at 8:10 a.m. on Memorial Day, May 31, according to the police report reviewed by Fox News.

Mace’s home was not the only target in Charleston that night.

According to police reports, a park area was vandalized with profanity and spray paint, with one walk bridge painted with “MAGA” and other writings. A roadway was also painted with “Black Lives Matter.” And an anarchist symbol was spray-painted in black on one of the welcoming columns to Smythe Park, near Mace’s home.

No arrests have been made yet in the vandalism, Charleston Police told Fox News. Anyone with information can call the police at (843) 743-7200.