NEW YORK — Former Alaska Gov. Sarah Palin took the witness stand on Wednesday in her defamation lawsuit against The New York Times, giving the jury a folksy overview of her family life in Alaska and ascent in Republican politics.

Palin testified for only about 20 minutes at the end of the day at a civil trial in Manhattan federal court after a Times editor named as a defendant in the suit testified at length.

She is to return to court Thursday for a chance to get into the crux of the case — her claim that the newspaper damaged her reputation with an editorial linking her campaign rhetoric to a mass shooting. Closing arguments are set for Friday.

Palin, 57, described herself for jurors as a single mother and grandmother who “holds down the fort” for her family in Alaska when not advising candidates about “the good, bad and ugly” of politics. She also recalled the surprise over her emergence as a vice-presidential candidate in 2008, saying, “I don’t think they were prepared for me.” 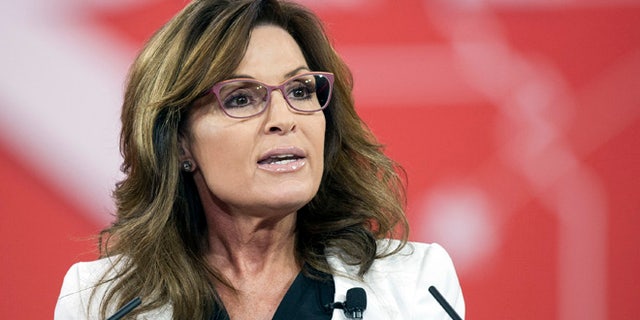 In his own testimony, former Times editorial page editor James Bennet characterized the disputed wording involving Palin as a “terrible mistake” on his part. He added: “We are human beings. We do make mistakes.”

“We are human beings. We do make mistakes.”

Palin sued the Times for unspecified damages in 2017, accusing it of damaging her career as a political commentator with the editorial about gun control published after U.S. Rep. Steve Scalise, a Louisiana Republican, was wounded when a man with a history of anti-GOP activity opened fire on a Congressional baseball team practice in Washington.

In the editorial, the Times wrote that before the 2011 mass shooting in Arizona that severely wounded former U.S. Rep. Gabby Giffords and killed six others, Palin’s political action committee had contributed to an atmosphere of violence by circulating a map of electoral districts that put Giffords and 19 other Democrats under stylized crosshairs.

In a correction two days later, The Times said the editorial had “incorrectly stated that a link existed between political rhetoric and the 2011 shooting” and that it had “incorrectly described” the map.

The jury will have to decide whether Bennet acted with “actual malice,” meaning he knew what he wrote was false, or with “reckless disregard” for the truth. A contrite Bennett admitted Wednesday that he botched the edit but intended no harm.

“I’ve regretted it pretty much every day since,” he said, adding, “That’s on me. That’s my failure.”