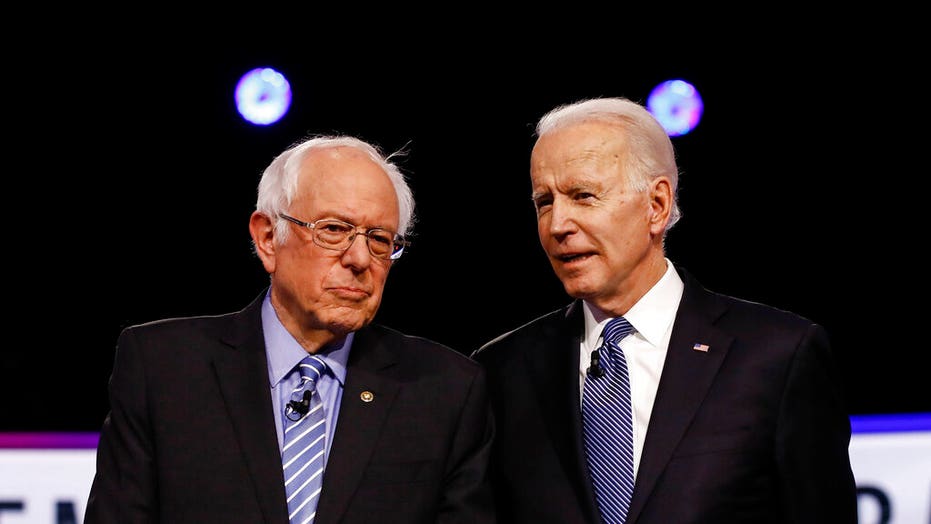 Just three weeks before the Democratic National Convention, hundreds of Bernie Sanders delegates have pledged to vote against their party’s platform if it does not include support for “Medicare-for-all.”

The delegates argue that a Sanders-style single-payer health care system is an urgent priority in the midst of the coronavirus pandemic and the highest unemployment rates since the Great Depression.

Delegates from Nevada organized the petition and more than 360 of them – most of whom backed Sanders for president – have signed on, the petition’s organizers told Politico.

The petition claims that a “majority of Americans” now believe "Medicare-for-all" is the best way to achieve affordable and accessible health care.

The Sanders delegates are sure to clash with their party’s presumptive nominee, Joe Biden, who opposes a single-payer system. “Medicare-for-all” was not included in a draft 80-page Democratic Party platform released on July 21. Instead, the platform promises to make health care more affordable in the Affordable Care Act marketplaces.

Fox News confirmed the petition with two Sanders delegates. Both delegates are from New Hampshire and tell Fox News the Sanders delegation from their state has yet to decide whether to sign onto the pledge.

The move by the Sanders delegates comes as the Democratic National Committee’s Platform Committee is meeting virtually on Monday to discuss and vote on the party’s platform.

Biden has long insisted on building on the Affordable Care Act with a public option, which would be a government-run insurance plan available for anyone to sign up for.

“Whether you’re covered through your employer, buying your insurance on your own, or going without coverage altogether, the Biden plan will give you the choice to purchase a public health insurance option like Medicare,” his campaign explains.

On top of that, Biden wants to lower the age to qualify for Medicare from 65 to 60 and expand ACA subsidies.

Biden currently has 2,632 delegates, while Sanders has 1,076. Petition signers have little chance of formally revising the Democratic platform but they do hope their protest will draw attention to the cause.

Despite their frustration with the former vice president, the petition’s progressive organizers said they are all voting for Biden and working to elect him. Organizers said they are not being divisive, rather calling attention to the strength of a grassroots movement they believe is being ignored by Democratic leadership.

Still, the petition could call to mind a scene that played out at the 2016 convention: Sanders supporters and other angry party members booed officials attempting to open proceedings. “We are all Democrats, and we need to act like it,” the presiding officer scolded delegates. However, the largely virtual convention this year should quell any fears of a repeat.

The pledge comes as President Trump has tried to paint Biden as beholden to the radical left, after Biden and Sanders signed a “unity platform” as part of an effort to find common ground between establishment Democrats and the far-left flank.

"I think [Biden is] afraid of the people on his left," Trump said during a phone interview on Fox News' "Hannity."

"These are very radicalized people. I mean, he's going so far, he's given Bernie everything," Trump said, referencing the Democrats' unity convention platform. "Bernie can't even believe it. Bernie is going around saying, 'I can't believe what we got.'"

As of late Trump has pushed the idea that Biden supports the “defund the police” movement, among other radical platforms. Biden’s campaign has denied he supports defunding the police, though Biden himself did say some funds should be diverted from police forces.